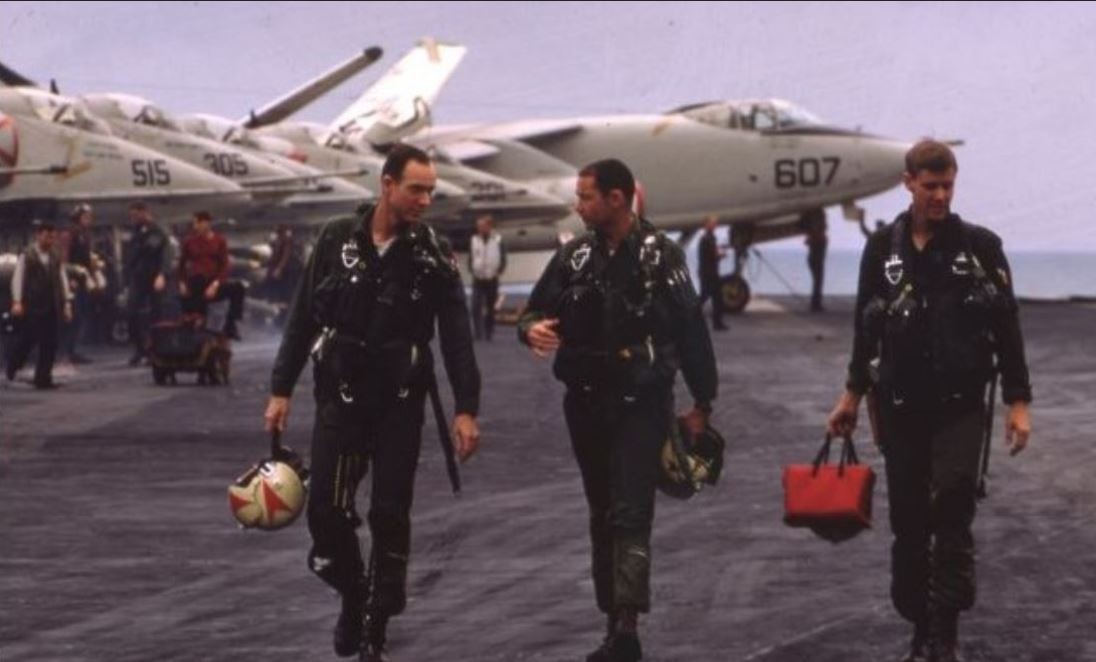 From the Waves to the Skies

Air power was a crucial element of American strategy during the Vietnam War. U.S. pilots provided direct air support for friendly troops, attacked key supply routes such as the Ho Chi Minh Trail, and bombed North Vietnam’s infrastructure to weaken the enemy’s campaign against South Vietnam. During the course of the war, American planes dropped over twice as many bombs in Southeast Asia as they used in all of World War II. The Navy’s planes delivered 25% of American ordnance (1.5 million tons) during the war. Task Force 77, the aircraft carrier group of the U.S. Seventh Fleet, generally operated from an area off North Vietnam called “Yankee Station,” allowing for round-theclock strikes against the enemy in coordination with the U.S. Air Force and Marine Corps. These aircraft carriers provided the U.S. military with one of its most important capabilities: the projection of power ashore.