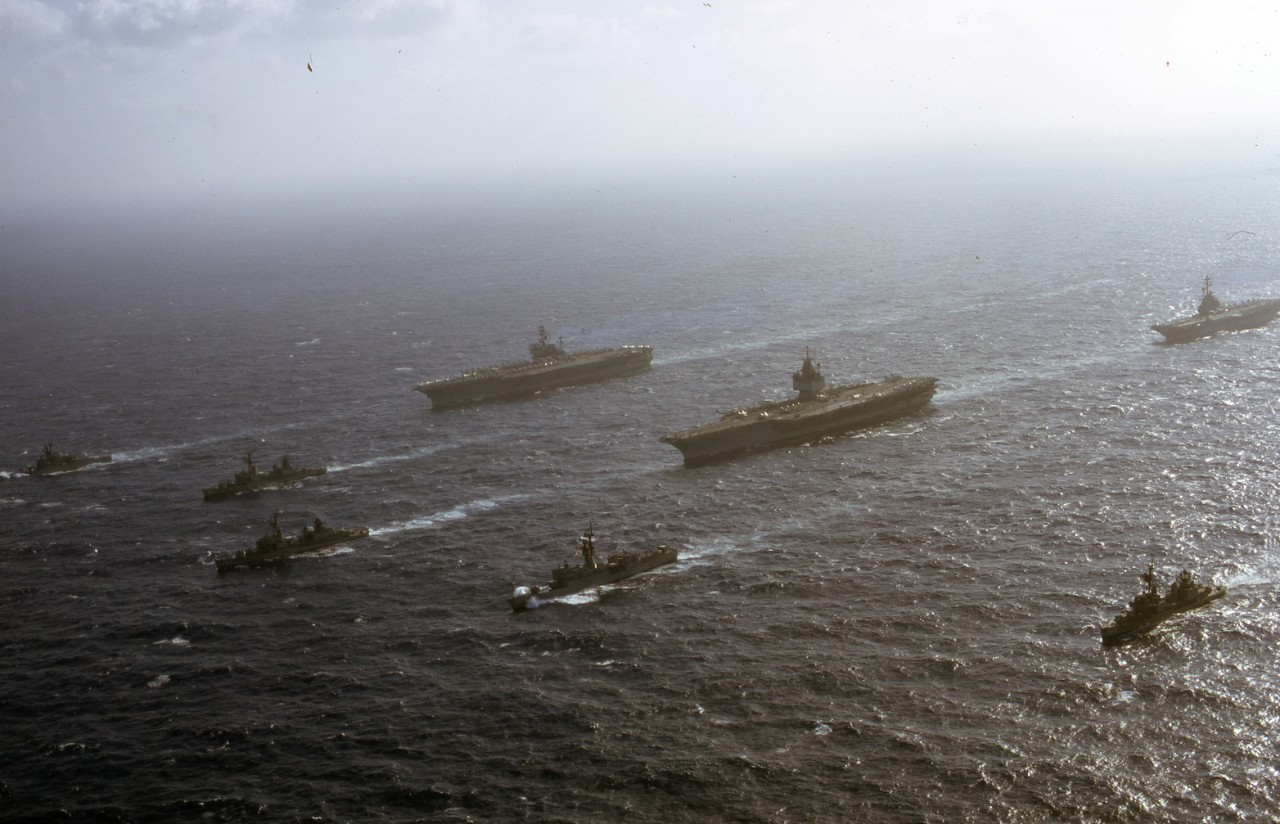 Caption: On January 28, 1973, one day after the Paris Peace Accords were signed, ships of the Seventh Fleet cruise together in the South China Sea. (National Archives and Records Administration)

U.S. and allied operational successes were undermined by shifting U.S. military and political strategic aims, the unstable South Vietnamese government, and the erosion of support in American society. Out of over 58,000 American deaths, the U.S. Navy suffered the loss of 1,631 men killed and 4,178 wounded during the course of the war. The South Vietnamese military suffered four times the number of American losses during the same period. South and North Vietnamese civilian losses may have been over half a million—a clear reflection of the uncompromising nature of this conflict. U.S. Navy Sailors demonstrated professional skill and dedication during the Vietnam War. Their service, part of a legacy dating from the creation of the Continental Navy on October 13, 1775, resonates with over 330,000 active duty Sailors serving today.