The wooden hull, twin-screw Coast Guard Cutter CG-105 was built in 1924 at Camden, N.J., by the John H. Mathis Company. Transferred to the U.S. Navy on 17 January 1934, CG-105 was classified as district patrol vessel, YP-9, on 6 February 1934 and assigned to the Third Naval District, to train naval reservists at Tompkinsville, Staten Island, N.Y., until earmarked to be withdrawn from that instructional duty on 22 November 1940. 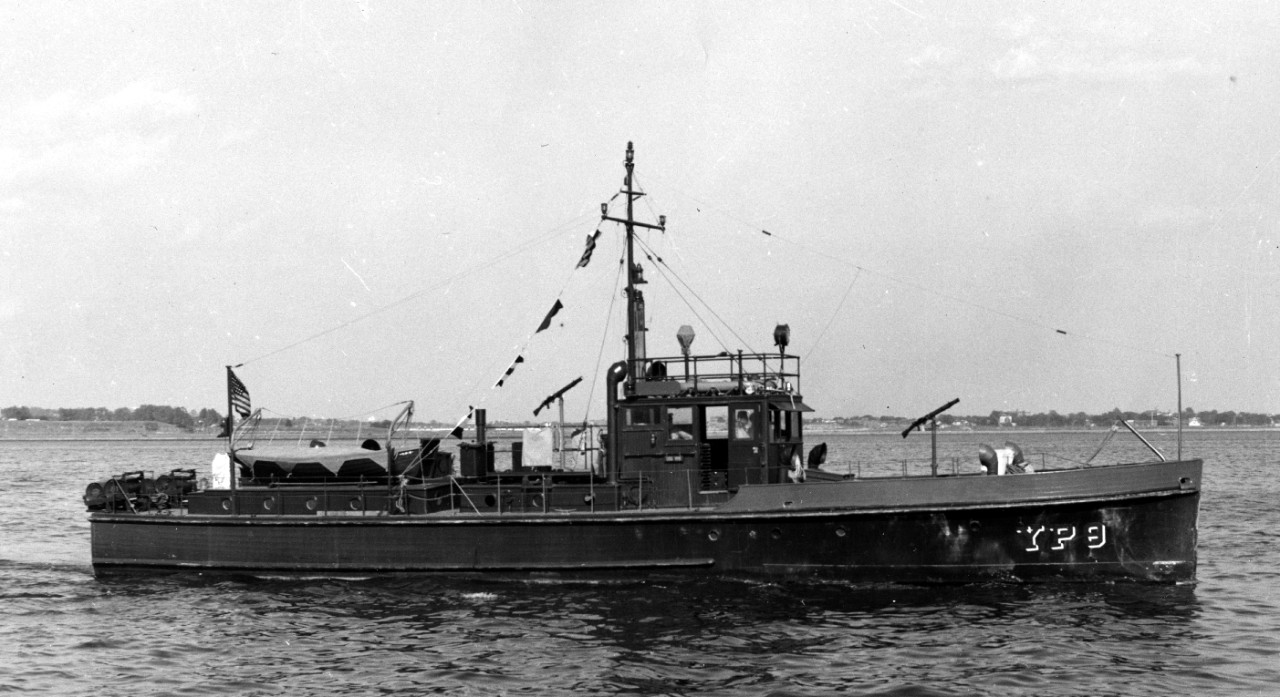 Caption: YP-9 underway after conversion, circa 1 October 1941. She appears to be painted in Measure 1 (Dark Gray), but with an oddly rendered identification number, the shadowing being in white. She carries two .30-caliber Lewis machine guns, and close investigation of the photograph reveals the boat on her after deckhouse to be carrying a white PY-9 with an arrow through it, the symbol of an officer’s gig. A life raft is secured to the chart house roof. (U.S. Navy Bureau of Ships Photograph BS-25274, National Archives and Records Administration, Still Pictures Division, College Park, Md.) 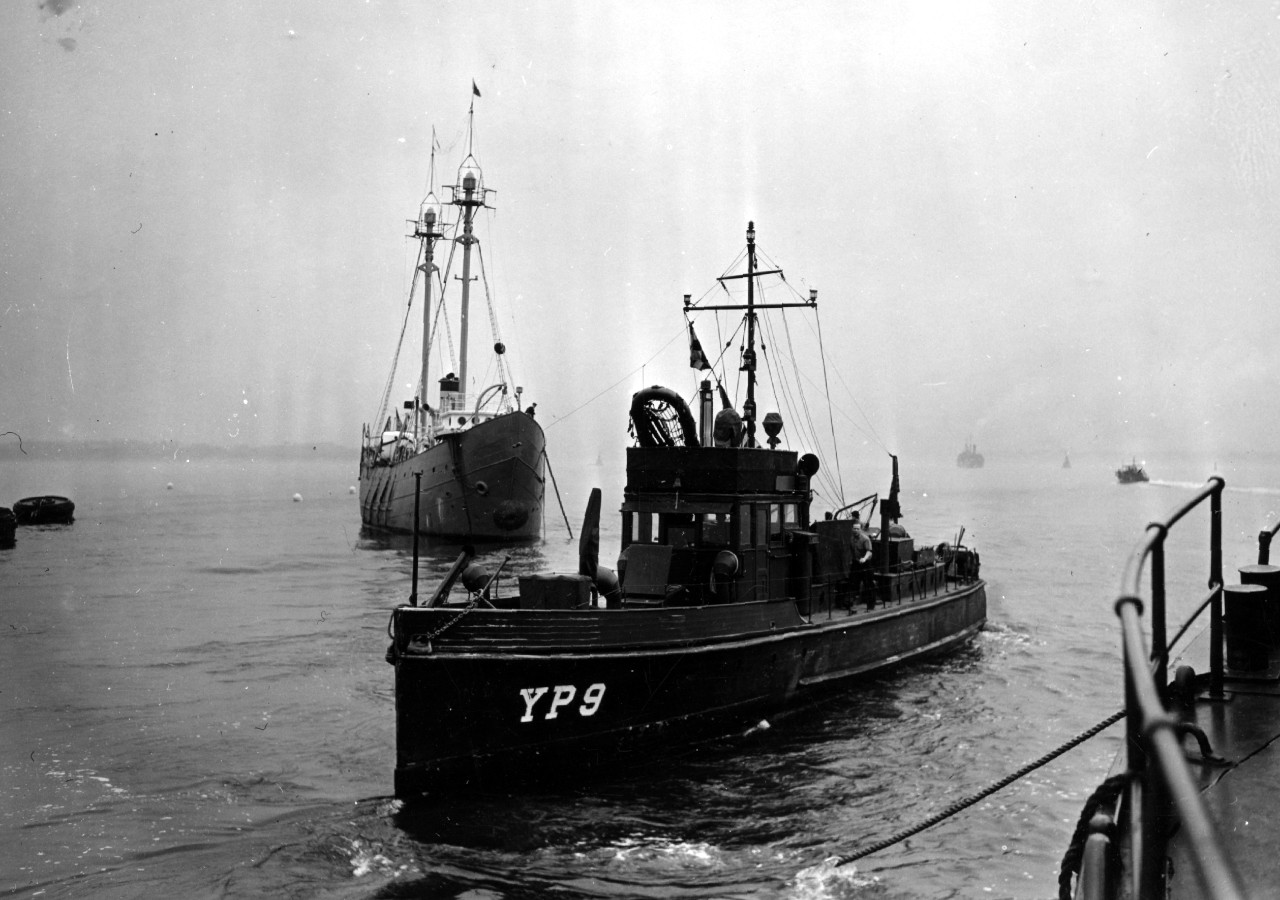 As YP-9 carried out her net and boom patrol in the Ambrose Channel, one hour after the end of the mid watch [0500] on 23 February 1943, in a dense fog and zero visibility, she was struck by the British motorship Princess Arlene. The impact of the heavier vessel stove-in the patrol boat’s planking several feet below the waterline, flooding the forward compartment.

Off watch at the time of the collision, MM1c John Brownson, USNR, hastened to his collision station in the engine room and took charge of the propulsion plant. He kept the electric pumps going and remained at his station, as the water rose up to the main engine and battery bank, until the order came down to abandon ship. With YP-9 settling slowly by the head with her bow awash, Brownson emerged topside and, without orders, climbed to the roof of the chart house and single-handedly launched the life raft. With the coxswain of the vessel’s lifeboat busy elsewhere, Brownson took charge of the boat and, again without orders, took it clear of the sinking patrol craft with its occupants, getting them to safety “in a most seamanlike manner.”

Raised, repaired, and retained in service, YP-9 was assigned to training or experimental activities at the Naval Training Station (NTS) Salvage, located at Pier 88, North River – the site of ongoing salvage operations concerning Lafayette (APV-4), the former French Line passenger vessel Normandie that had suffered a catastrophic fire during her conversion process after which she had capsized.

Ultimately, on 31 January 1946, the Commanding Officer of the New York Naval Shipyard (formerly the New York Navy Yard) Annex, Tompkinsville, informed the office of the Chief of Naval Operations (CNO) that YP-9 had been placed out of service on that date [31 January]. A little less than a month later, on 25 February 1946, YP-9 was stricken from the Navy List, and CNO [letter] Serial 2619P414 authorized the vessel’s delivery to the War Shipping Administration for disposal.

The sturdy little vessel that had served in both the U.S. Coast Guard and U.S. Navy was sold on 22 July 1946, and was listed in the 1948 Merchant Vessels of the United States as a barge, having been renamed Blythe Spirit, owned by Joseph Frontiera of Gloucester, Mass., and continued in mercantile service into the 1960s.