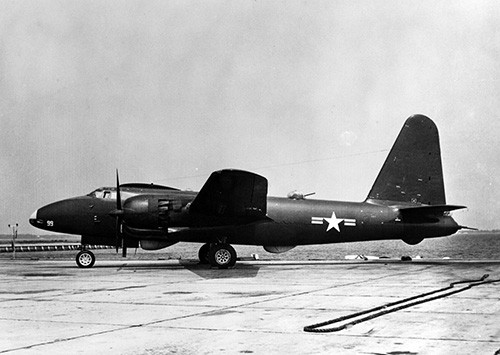 A P2V-3 (Bu# 124284) "Neptune" patrol plane assigned to VP-6 was attacked on November 6, 1951, by two Soviet La-II fighters over the Sea of Japan, about 18 iles from the Soviet coast near Vladivostok. All ten crew members were lost  Three days of search and rescue operations revealed no trace of them, and they were declared deceased by the Navy in 1952. 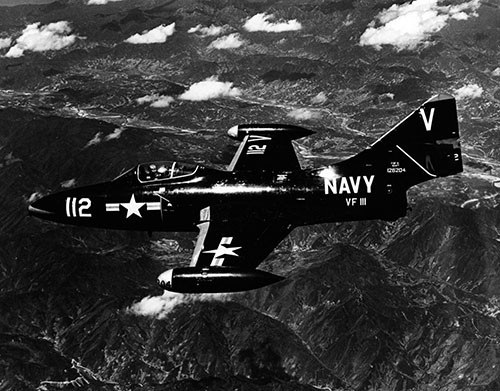 Three F9F-5 "Panther" jet fighers of VF-781 based onboard USS Orikany (CV-34) on November 18, 1952, engaged at least four and up to seven Soviet MiG-15 jet fighters after being attacked over the Sea of Japan, south over Vladivostok.  One F9F was damaged with at least four Soviet pilots during this engagement.   Despite the numerous engagements in the area, this one is noted for being one with Soviet pilots.   This engagement remained secret for many years and only the true details have recently been released.  VF stands for Fighter Squadron.

An aircraft model of an F9F "Panther" is on display in the North End of the Cold War Gallery. 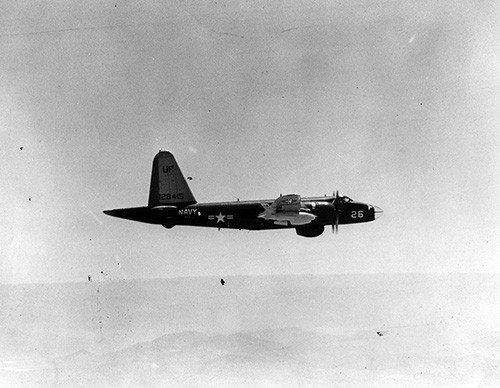 An aircraft model of a P2V-5 is on display in the North End of the Cold War Gallery. 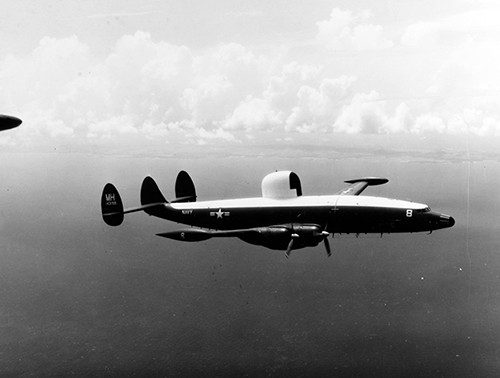 On April 15, 1969, a North Korean aircraft shotdown an unarmed EC-121 (Bu# 135749) propeller-driven "Constellation" aircraft, which was on a routine reconnaissance patrol over the Sea of Japan from its base at Atsugi, Japan.  The EC-121 was from VQ-1.   USS Dale (DLG-19) and USS Henry W. Tucker (DD-875) sailed to the scene to rescue the crew, but none of the 31 crewmembers survived.  U.S. response was to activate Task Force 71 to protect such flights over those internationa waters in the future.  Initially, the Task Force consisted of the carriers USS Enterprise (CVN-65), USS Ticonderoga (CVA-14); USS Ranger (CVA-61), and USS Hornet (CVS-12) with cruiser and destroyer screens.  Note, from 1969 to present VQ stands for Fleet Air Reconnaissance Squadron.

An aircraft model of a sister aircraft of the EC-121, an EC-121M "Warning Star" is on display in the North End of the Cold War Gallery. 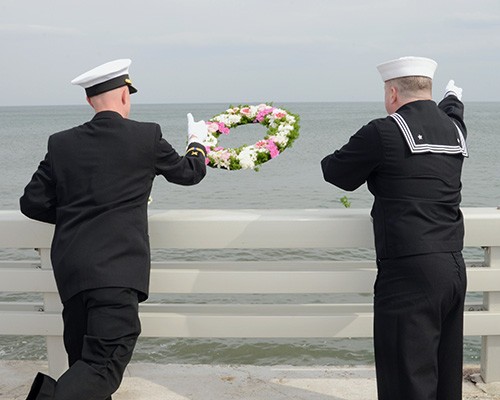 130415-N-ED173-110:  Chief Warrant Officer Jason Eatchel, left, originally from Ogden, Utah, and Cryptologic Technician Interpretive 1st Class Charles Fowler, a native of Sugar Land, Texas, toss a wreath in the Ocean, April 15, 2013. The wreath was laid out at sea to commemorate the 30 sailors and one Marine who lost their lives flying aboard the Navy aircraft EC-121 which was shot down over the Sea of Japan, April 15, 1969.   Photographed by Seaman Mass Communication Specialist Jean Baker.