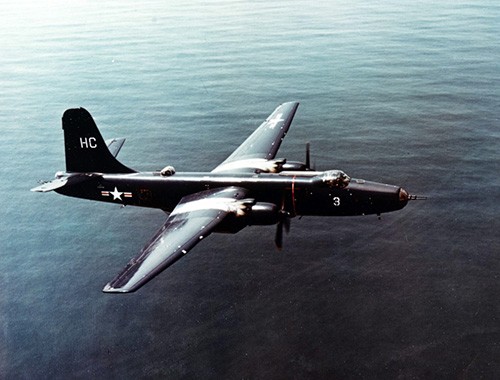 A P4M-1Q (Bu# 124362) "Mercator", while on night patrol out of Iwakuni, Japan, on August 22, 1956, reported it was under attack by aircraft over interational waters, 32 miles off the Chinese coast and 180 miles north of Formosa.   It was not heard from again.  Carrier and land-based air and surface ships searching for the plane found wreckage and empty liferafts.  None of the 16-man crew survived.  One crewman was recovered by USS Dennis J. Buckley (DDR-808).  The aircraft was from VQ-1.  VQ stood for Electronic Countermeasures Squadron for this time period. 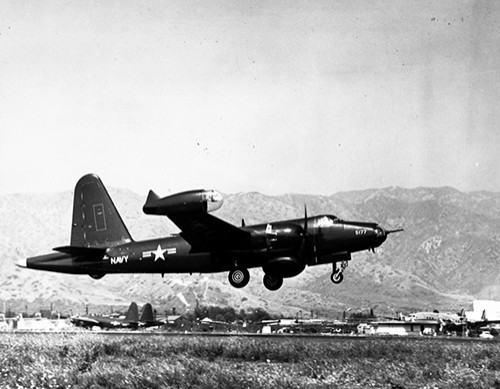 P2V-5 (Bu# 127744), from VP-22, was shot down on January 18, 1953, by Chinese anti-aircraft fire near Swatow and ditched in the Formosa Strait.   Eleven of the thirteen crewmen were rescued by a Coast Guard PBM-5 under fire from shore batteries on Nan Ao Tao Island.  Attempting to takeoff in eight or twelve foot swells, the PBM-5 crashed.  Ten survivors out of the nineteen total (including five from the P2V) were rescued by USS Halsey Powell (DD-686).  During the search effort a PBM-5 from VP_40 received fire from a small-caliber machine gun, and USS Gregory (DD-802) received fire from shore batteries.

An aircraft model of an P2V is on display at the North End of the Cold War Gallery. 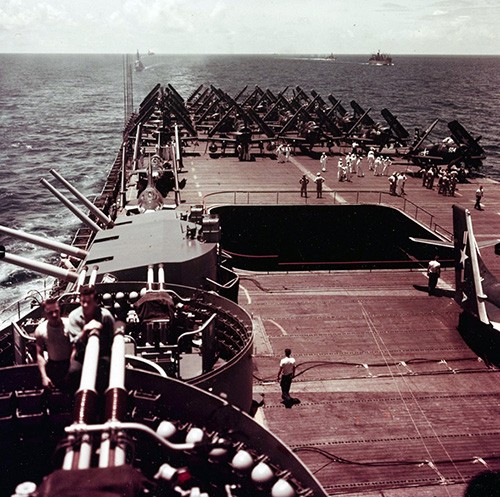 Two AD-4 "Skyraiders" of VF-54 based on board USS Philippine Sea (CVA-47) were attacked on July 26, 1954, by two Chinese LA-7 aircraft while searching for survivors of the Cathay Pacific airline shot down three days prior off Hainan Island.  During this engagement, the two LA-7 aircraft were downed by seven ADs and one F45-U that came to assist.  In te midst of this action, the ADs came under fire from a Chinese gunboat, which resulted in no damage to the aircraft.   VF stands for Fighter Squadron.

An aircraft model of an AD-4Q "Skyraider" is on display in the North End of the Colf War Gallery. 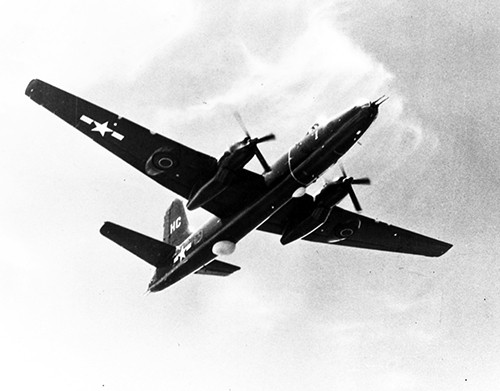 A P4M-1Q (Bu# 122209) "Mercator" from VQ-1, was fired on by 2 North Korean MiG aircraft on June 16, 1959, while on a routine flight over international waters off Korea.   The attack wounded one crewman.  The damaged plane made an emergency landing at Miho, Air Force Base, Japan.  The result of this engagement consisted of serious damage to the starboard engines and serious wounds to the tail gunner.