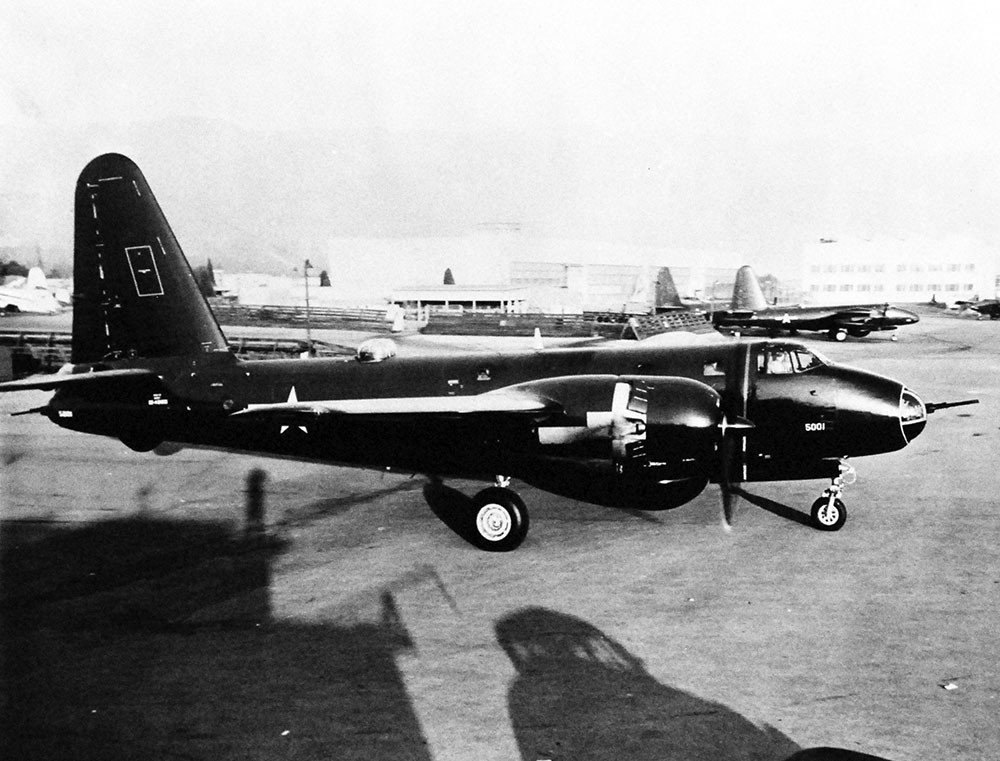 A P2V-5 (Bu# 131515), from VP-9, was attacked on June 22, 1955, by two Soviet MiG-15s while on a patrol from Kodiak, Alaska, and crash landed in the Bering Sea after her engine was set afire.  From the eleven crewmen, four sustained injuries due to gunfire and six were injured in the landing.  This incident was the only one the Soviet Union admitted any responsibility.   Note:  VP stands for Patrol Squadron.

An aircraft model of a P2V-5 aircraft exists in the North End of the Cold War Gallery.