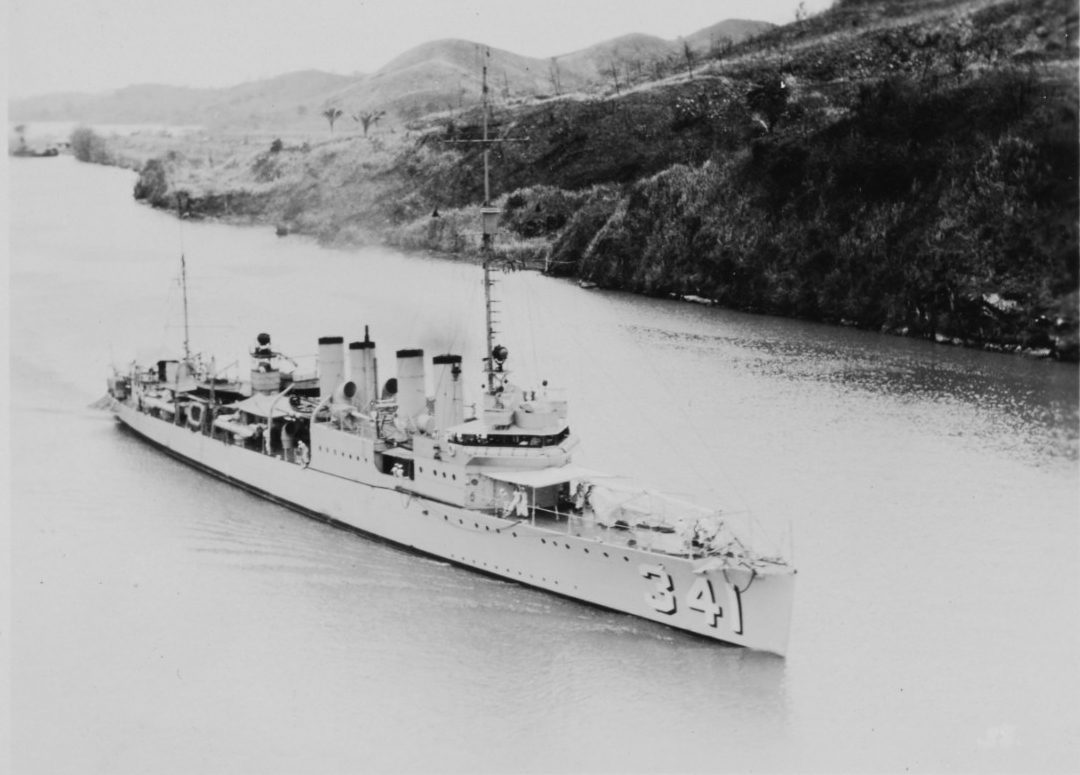 Decatur (DD-341) in the Panama Canal during the 1920s or 1930s. Courtesy of the Naval Historical Foundation. Collection of Harriet A. Harris, USN(NC)-Retired. Donated by Mrs. J.B. Redfield, 1961. U.S. Naval History and Heritage Command photograph, NH 98172. 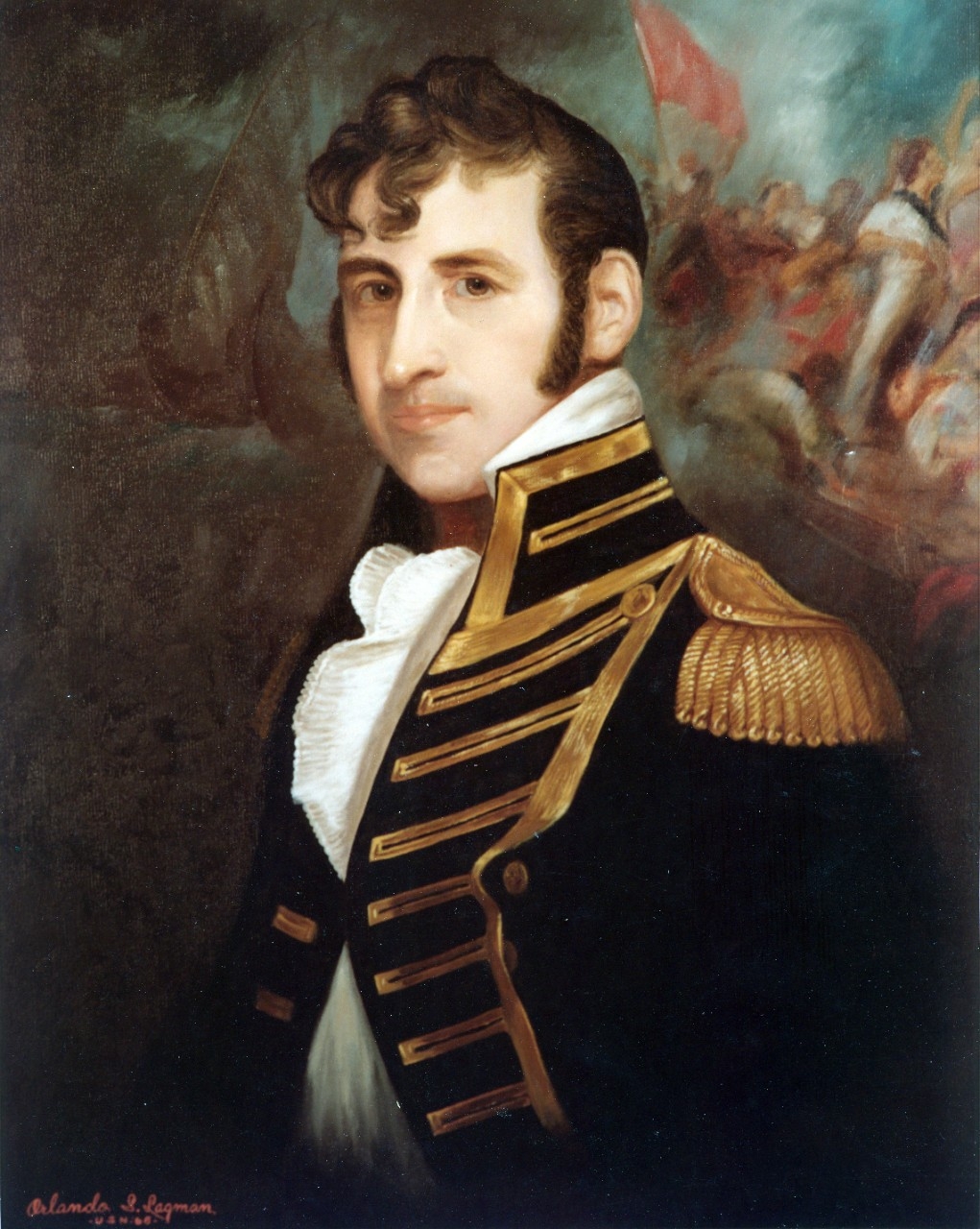 During the War of 1812 he commanded United States, capturing HMS Macedonian in one of the greatest single-ship actions of naval history. He took command of President at New York and attempting to slip through the blockade fell in with a British squadron of five heavy ships. After 2 hours of furious combat the frigate HMS Endymion was silenced but President had suffered such extensive damage that it was impossible to execute an escape. The twice-wounded Decatur reluctantly surrendered, but was paroled, landing at New London 22 February 1815.

After completing her trials Decatur sailed to San Diego where she was placed out of commission 17 January 1923. She was recommissioned 26 September 1923 and became flagship of Destroyer Squadron 11, Battle Fleet. Until 1937 she operated along the western seaboard, and in Caribbean and Hawaiian waters. From April to September 1925 she cruised to Samoa, New Zealand, and Australia, and in April 1926 made an extensive survey of the Mexican coast. She embarked Secretary of the Navy C. D. Wilbur at Bremerton, Wash., 28 July 1926 and cruised for official visits at Alaskan ports, returning to Bremerton 6 August. She transported the Haitian Commission to Santiago, Cuba, arriving 14 March 1930, then visited New York and Chesapeake Bay for the Presidential Fleet Review of 19 May before returning to the west coast in June. 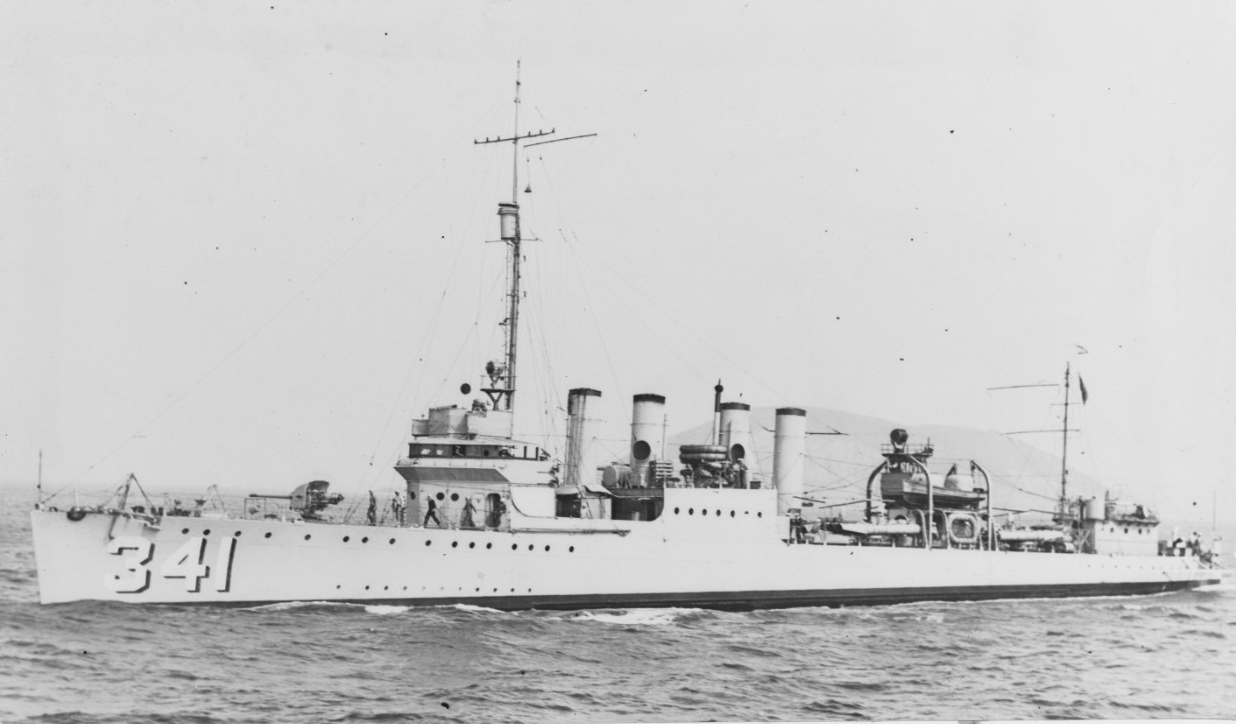 Decatur arrived at Norfolk 22 February 1937 for duty with the Training Detachment of the U.S. Fleet. She escorted President F. D. Roosevelt in Potomac (AG-25) to New Orleans and Texas, then served in Midshipman and Naval Reserve training cruises and on neutrality patrol along the eastern seaboard to Cuba until September 1941.

Arriving at Argentia, Newfoundland, 14 September 1941, Decatur served on convoy escort and patrol to ports in Iceland until returning to Boston 17 May 1942. From 4 June to 25 August she operated on convoy duty between Norfolk and Key West, then between New York and Guantanamo Bay from 30 August to 13 October. Until 14 January 1943 she escorted ships out to sea and to Boston from New York, then departed 11 February for the Mediterranean sailing by way of and returning to Aruba, Netherlands West Indies. She made four more voyages from New York and Aruba to the Mediterranean until 1 October.

Decatur joined the task group centered about Card (CV-11) and sailed from Norfolk 24 November 1943 for an antisubmarine sweep, returning to New York 3 January 1944. From 26 January to 17 February she escorted a convoy to Panama, returning with another to Hampton Roads. On 13 March she cleared Norfolk as flagship of TF 64, escorting a large convoy to Bizerte, Tunisia. On the last day of March while sailing between Oran and Algiers, the force successfully repelled a coordinated strike of German submarines and planes, to arrive at its destination 3 April. Eight days later Decatur was en route to the United States, arriving at Boston 2 May, for brief overhaul and refresher training.

Arriving at Norfolk 2 July 1944 Decatur sailed from this port on escort and training duty in the Caribbean Sea until the last day of June 1945 when she entered Philadelphia Naval Shipyard for inactivation. She was decommissioned there 28 July 1945 and sold 30 November 1945.