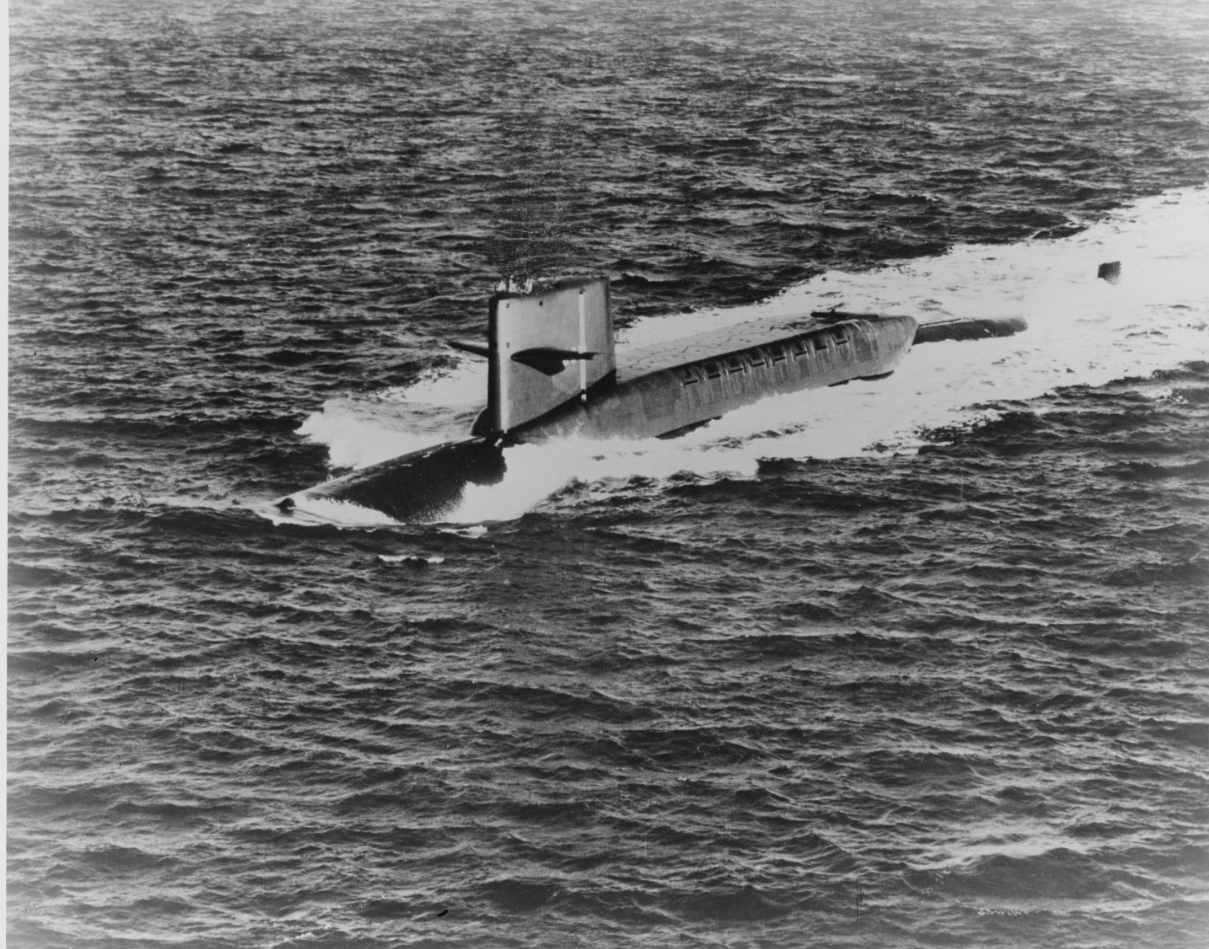 Born on 27 October 1858 in New York City, Theodore Roosevelt spent his childhood in a winning struggle against asthma. He strengthened his body through sheer self will and taught himself to ride, box, and shoot. In 1880, he graduated from Harvard University and turned to the writing of history. Two years later, he published his Naval War of 1812 which is still regarded as a standard study of the subject.

Also in 1882, he ran as an independent Republican for the state legislature and was elected to represent New York's 21st district. Quickly winning renown as a champion of better government, Roosevelt became minority leader in 1883 and, the following year, headed the Assembly itself.

In 1889, he began six years on the Civil Service Commission in which he opposed corruption in the dispensing of public offices. In 1895, he became president of the New York City Police Board.

In 1897, President McKinley appointed Roosevelt Assistant Secretary of the Navy. He strengthened the Navy and enabled it to begin the war with Spain in a condition of preparedness.

Desiring to participate personally in the fray, Roosevelt resigned his post on 6 May 1898 and helped to organize the 1st Volunteer Cavalry Regiment. In Cuba, he became a hero when he led that regiment, popularly dubbed the "Rough Riders," in the famous charge up San Juan Hill.

His heroics helped to catapult him into the governorship of New York late in 1898. Two years later, he received the Republican Vice Presidential nomination and was elected with McKinley in November.

On 14 September 1901, McKinley's assassination put Roosevelt in the White House as the 26th President of the United States. He asked Congress for little legislation but used executive power to the hilt to achieve reform.

Early in 1902, he used the long neglected Sherman Antitrust Act to break up the powerful railroad trust, the Northern Securities Company, and won popularity for his achievement as a "trust buster." During the coal strike later that year, by threatening to use troops to work the mines, he forced the miners and owners to accept arbitration which resolved the issue before the crisis became acute.

In 1904, Theodore Roosevelt was reelected overwhelmingly. That popular mandate allowed him to push the reform legislation through Congress.

The Elkins law and the Hepburn Act prevented railroads from charging exorbitant rates and from giving large rebates to preferred customers. The Expedition Act established special three-judge courts to expedite the trial of antitrust suits.

The Pure Food and Drug Act and the Meat Inspection Act protected consumers from the evil practices carried out by the food and meatpacking industries. Roosevelt also dusted off old laws which provided for the establishment of federal parks, national forests, and national preserves of coal, mineral, and petroleum-producing lands to save much of America's natural bounty for succeeding generations.

Roosevelt conducted a vigorous foreign policy. When the Colombian senate refused to ratify the Hay-Herran Treaty, which provided for American construction of and control over an isthmian canal across the Colombian province of Panama, Roosevelt countered by supporting Panamanian insurgents who staged a bloodless coup and immediately agreed to the treaty in their own right. After that, he personally superintended every step of canal construction.

His policy toward other Latin Amercian nations was directed toward protecting them from European intervention. The crowning feat to his diplomacy came in 1905, when Roosevelt played the major role in bringing about the negotiations in Portsmouth harbor which ended the Russo-Japanese War. This contribution to world peace won him the Nobel Peace Prize.

To Roosevelt the aggressive diplomat, a large and efficient navy constituted a primary tool for the conduct of foreign policy. Hence he launched a program to raise the United States Navy up to a high standard of efficiency and strength. He enlarged the fleet, modernized its ships, increased both its officer corps and enlisted complement, and improved efficiency through better training.

Roosevelt reorganized the Navy's operating forces along more rational lines. He called home its ships from stations scattered over the earth and then abolished the stations. He then divided the Navy into three fleets: the Atlantic Fleet (including all battleships), the Pacific Fleet, and the Asiatic Fleet. This change and the increase in personnel allowed the Navy to improve efficiency and to adopt a more realistic training program. The cruise of the Great White Fleet around the world between late 1907 and 1909 might be considered the triumph of his naval policies and the culmination of his efforts to wed military strength to diplomatic endeavor.

Late in February 1909, the battleships of the Atlantic Fleet returned to Hampton Roads and filed past their benefactor in a huge naval review. Early the following month, Theodore Roosevelt passed the reins of government to his hand-picked successor, William Howard Taft, and left the country on a schedule of safaris, hunts, and tours. However, soon after his triumphal return to the United States in 1910, he became disillusioned by Taft's conservatism. In 1912, he tried to win the Republican presidential nomination. When Taft won the Grand Old Party's banner, Roosevelt led his followers out of the party and formed the Progressive Party. The Republican split gave victory to the Democrats, and Woodrow Wilson became president in March 1913.

Roosevelt returned to retirement and resumed writing and travelling. Although neutral at the outbreak of World War I, he quickly became pro-Allied. His outspoken criticism of Wilson's neutrality sought to arouse the country to what he saw as a struggle between benevolent democracy and rapacious, Pan-German imperialism. When the country did enter the war, Roosevelt applied to Wilson for a military command, but the latter ignored him. He hoped to run again for the presidency in 1920, but that last dream was denied him as well for he died peacefully in his sleep on 6 January 1919 at Sagamore Hill, his home at Oyster Bay, N.Y. 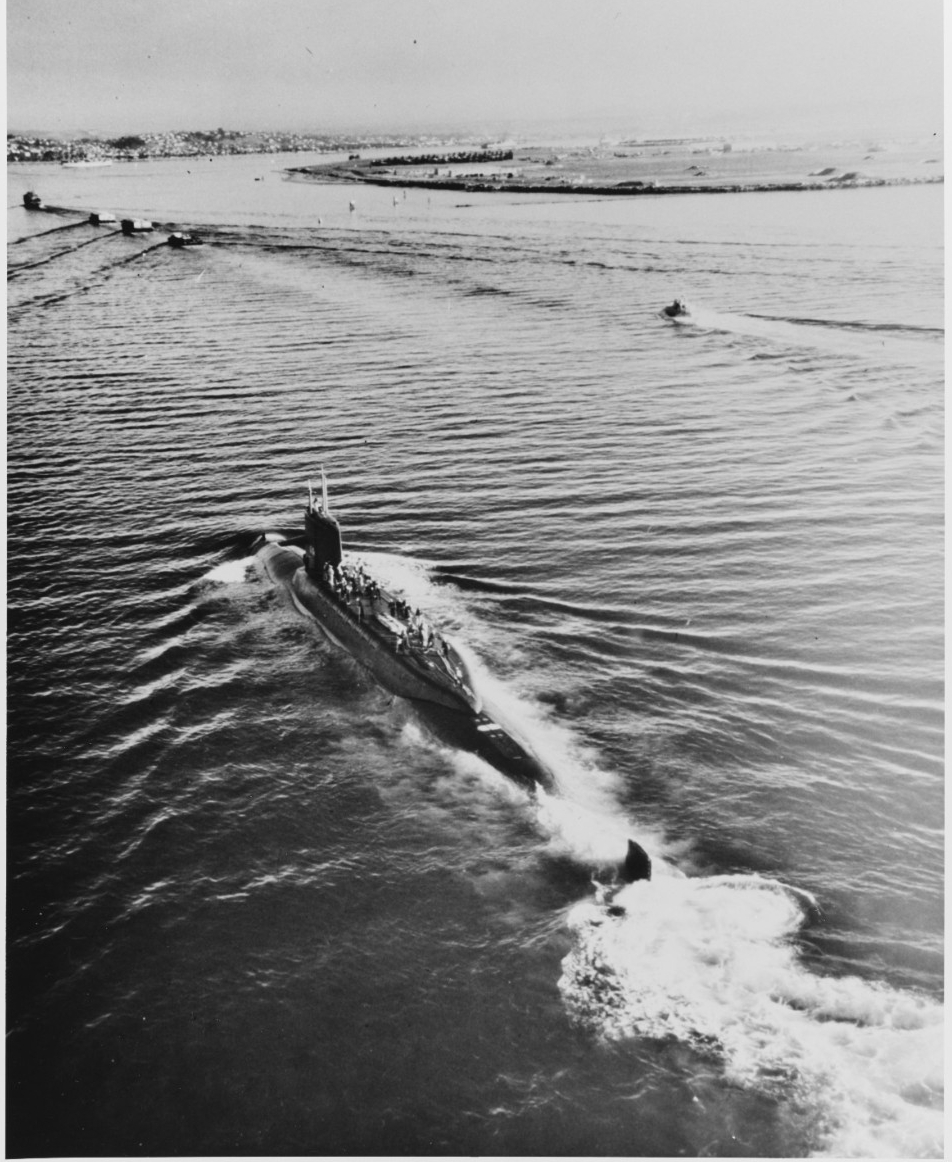 Five days after commissioning, Theodore Roosevelt departed Mare Island, bound for the east coast. On 7 March, she became the first fleet ballistic missile submarine (FBM) to transit the Panama Canal. Four days later, she arrived at Cape Canaveral, Fla. After successfully firing her first Polaris Al missile on 20 March and completing her shakedown training, the submarine arrived in Groton, Conn., on 1 May for post-shakedown availability at the Electric Boat Co. yard. She completed those repairs on 24 June and departed Groton, bound for Charleston, S.C. Theodore Roosevelt stopped at Norfolk, Va., along the way and arrived at Charleston on 7 July. Between 7 and 19 July, she loaded Polaris missiles at the Naval Ammunition Depot, Charleston, and made all other preparations for her first deployment. On the 19th, she stood out of Charleston on her first deterrent patrol. She concluded that patrol on 23 September at the FBM base at Holy Loch, Scotland.

Over the next three and one-half years, the submarine made 15 more deterrent patrols, departing from and returning to the Holy Loch base in each instance. Late in the spring of 1965, she departed Holy Loch on her 17th and final patrol of the deployment. She concluded that patrol and the deployment when she arrived in Charleston on 15 June. She unloaded her 16 Polaris missiles and then departed Charleston for New London, Conn., where she arrived on 26 June.

At New London, Theodore Roosevelt entered the yard of the Electric Boat Division for an extensive overhaul. Between July 1965 and January 1967, she had her nuclear reactor "refueled" and her Polaris weapon system modified to accept the more advanced Polaris A3 missile. The FBM submarine completed overhaul on 14 January 1967 and launched into sea trials and refresher training, all of which culminated in the successful firing of a Polaris A3 missile at the Cape Kennedy (Cape Canaveral) missile range late in April. At the end of the training period, she returned to Charleston to load missiles and to prepare for another series of deterrent patrols out of Holy Loch. She embarked upon her 18th patrol on 1 June and completed that cruise at the Holy Loch base.

Theodore Roosevelt's second tour of duty operating from the Scotland base proved to be very brief in comparison to her first. Between mid-June of 1967 and February of 1968, she completed her 18th, 19th, 20th, and 21st patrols. On 20 March 1968 while returning to Holy Loch from her 21st patrol, the submarine ran aground off the western coast of Scotland. After dry-docking for temporary correction of the damage, she departed Holy Loch on 5 April to return to the United States for permanent repairs. Between 18 and 20 April, she unloaded her missiles at Charleston and then headed north to New London. On the 23d, she arrived in the yard of the Electric Boat Division and commenced an extended repair period. Labor disputes caused delays, and Theodore Roosevelt did not complete her repairs until mid-October. She spent the latter part of that month in sea trials and then departed New London on 2 November on her post-repair shakedown cruise. She visited Norfolk, Puerto Rico, and St. Croix before concluding the cruise at Charleston on 27 November. She conducted training operations out of Charleston before deploying to Holy Loch again early in 1969.

That tour of duty lasted until May 1971. During the interim, she conducted nine more deterrent patrols, returning to Holy Loch for refit after each. On 12 May 1971, she stood out of Holy Loch on the 31st patrol of her career. On 20 July, Theodore Roosevelt arrived in New London completing both the patrol and the deployment. She remained in New London for three weeks, during which time members of her blue crew and her gold crew were brought together into a single overhaul crew while other members of both crews moved on to other assignments. On 10 August, the FBM submarine headed south to Charleston where she arrived on the 13th. Over the next month, she underwent refit and then departed Charleston on 11 September for special operations. Theodore Roosevelt returned to Charleston on the 30th and remained there a week and a day before returning to sea for another three weeks of special operations. The ballistic missile submarine reentered Charleston on 1 November and began a preoverhaul restricted availability. Three weeks later, she officially began her refueling overhaul, which lasted for more than two years.

Theodore Roosevelt completed her overhaul in January 1974. During the following two months, she conducted sea trials out of Charleston. In April and May, shakedown training and nuclear weapons certification preparations occupied her time. In June, she conducted a one-week midshipman familiarization cruise out of New London; then underwent nuclear propulsion safety training before deperming at Norfolk. In mid-June, she received word of her reassignment to the Pacific Fleet with her new home port to be Pearl Harbor, Hawaii. Between July and September, Theodore Roosevelt conducted another midshipman training cruise; then settled into predeployment training and preparations. The submarine departed Charleston on 20 September; transited the Panama Canal on 5 October; and, after a nine-day stop for missile loadout at Bangor, Wash., continued on to Pearl Harbor, where she arrived on 4 November. Six days later, she departed Pearl Harbor, bound for the Marianas. She entered port at Guam two weeks later, underwent refit at her new advanced base there, and began her first deterrent patrol in the Pacific Ocean on 31 December. Theodore Roosevelt conducted patrols out of Guam until 16 December 1977 at which time she departed on her 43d deterrent patrol.