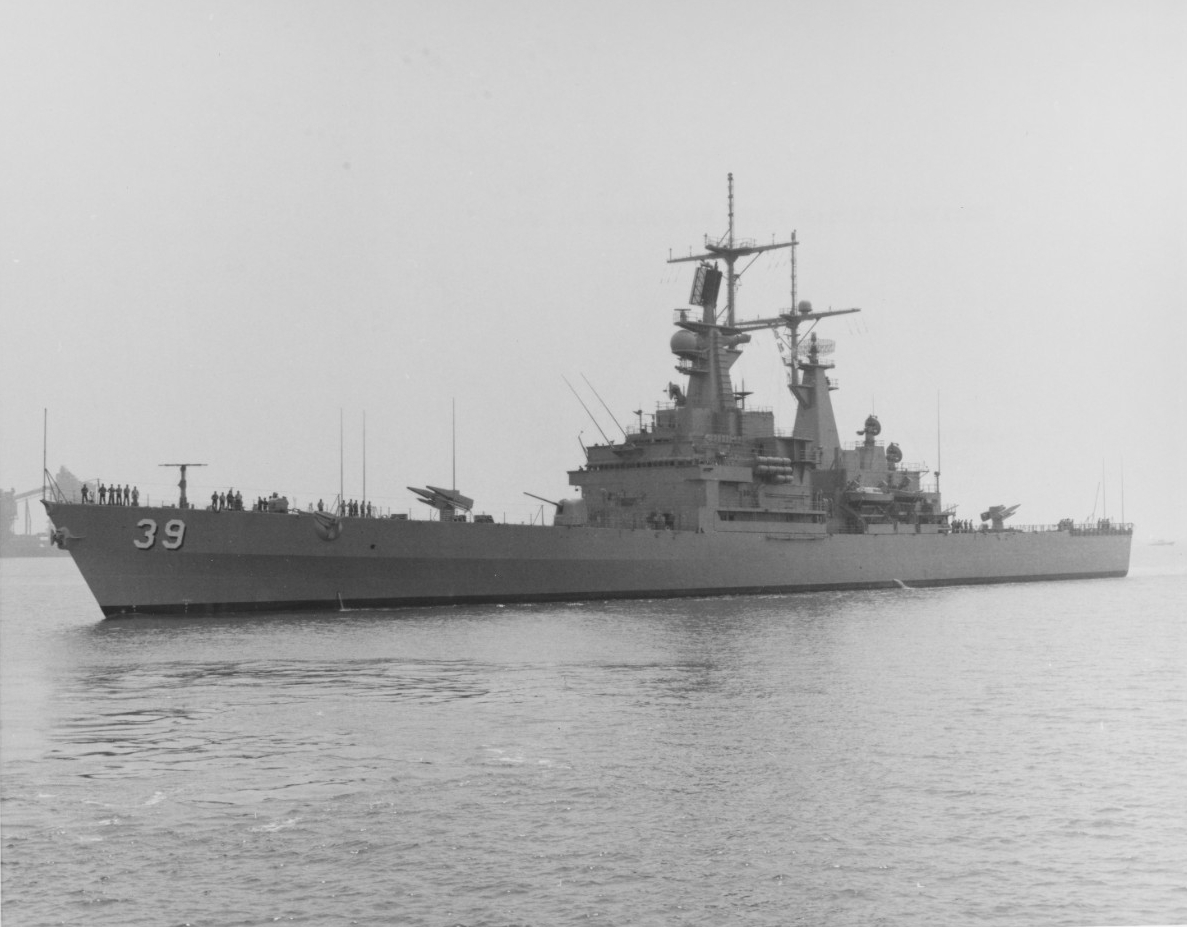 The third Texas (DLGN-39) was laid down as a guided missile frigate on 18 August 1973, at Newport News, Va., by the Newport News Shipbuilding and Drydock Co.; reclassifled as a guided missile cruiser and redesignated CGN-39 on 30 June 1975; launched on 9 August 1975; sponsored by Mrs. Dolph Briscoe, wife of the Governor of Texas; and commissioned on 10 September 1977, Capt. Peter B. Fiedler in command.

Following a nine-week test of the ship's combat systems, Texas loaded out weapons at the Yorktown Naval Weapons station in October and underwent refresher training out of Guantanamo Bay, Cuba, in November. Texas spent the first three months of 1978 conducting at-sea evaluation of her propulsion and weapons systems off the Virginia capes and in the Caribbean. On 28 March, she transited to her building yard at Newport News to commence a Post Shakedown Availability (PSA) which was completed on 31 July. The remainder of 1978 was spent in individual ship exercises off the east coast and Roosevelt Roads, Puerto Rico, interspersed with periods in Texas' home port of Norfolk.