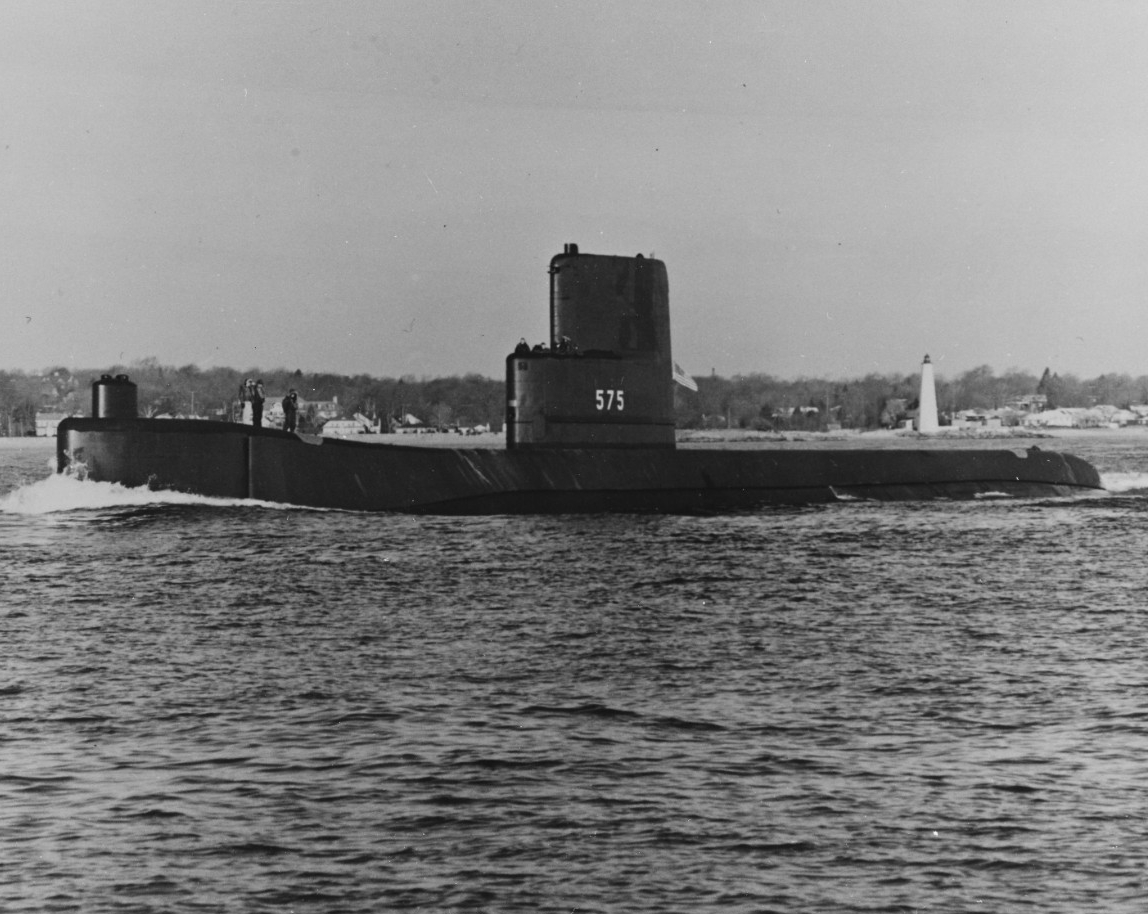 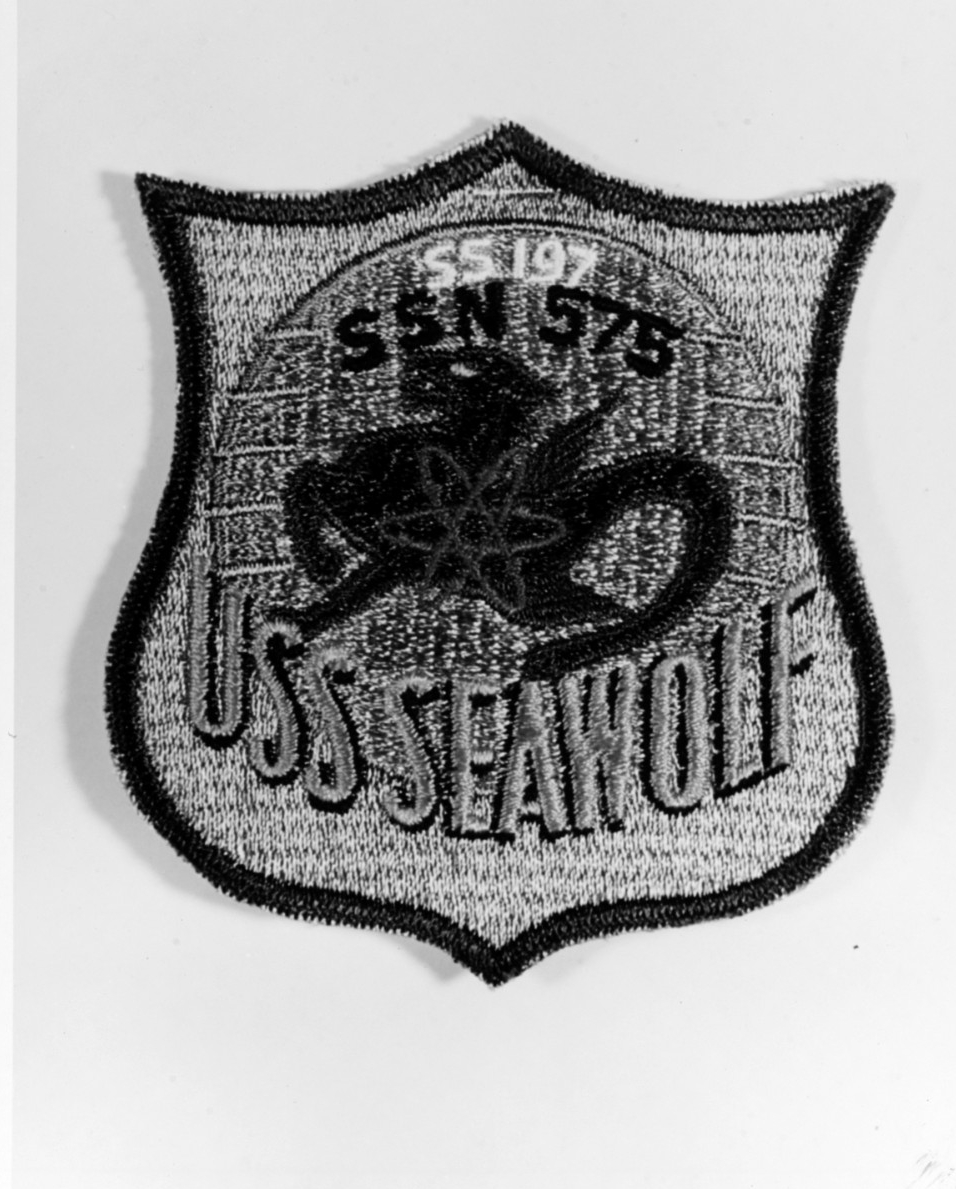 Seawolf departed New London on 2 April for her shakedown cruise off Bermuda and returned on 8 May. Between 16 May and 5 August, she made two voyages to Key West and participated in intensive training exercises. On 3 September, she steamed across the North Atlantic to participate in North Atlantic Treaty Organization exercises. The submarine surfaced off Newport, R.I., on 25 September after cruising 6,331 nonstop miles. The next day, President Dwight D. Eisenhower embarked and was taken for a short cruise onboard her.

Seawolf cruised to the Caribbean for an exercise in November. In December, she began an availability period that lasted until 6 February 1958. She then participated in exercises along the east coast until early August.

Seawolf submerged on 7 August and did not surface again until 6 October. During this period, she logged over 13,700 nautical miles, demonstrating to the world the ability of the nuclear-powered submarine to remain independent of the earth's atmosphere for the period of a normal war patrol.

Seawolf returned to General Dynamics Corp., on 12 December 1958 for refueling and conversion of her power plant from a sodium cooled to a pressurized water cooled reactor and was out of commission until 30 September 1960.

Seawolf began a three-week period of independent operations on 25 October and returned to fleet operations in November and December.

On 9 January 1961, Seawolf sailed to San Juan to participate in local operations. On the 25th, she was ordered to locate and track the Portuguese passenger liner Santa Maria which had been seized by pirates two days earlier. The submarine made contact with the liner off the coast of Brazil on 1 February.

On 7 July, Seawolf began a two-month oceanographic voyage which took her to Portsmouth, England, before returning her to New London on 19 September 1961.

The submarine participated in various local and fleet operations until April 1964. On the 28th, Seawolf stood out of New London en route to the Mediterranean Sea and a three and one-half month deployment with the 6th Fleet. During the period, she operated with Enterprise (CVAN-65), Long Beach (CLGN-9), and Bainbridge (DLGN-26) as a part of the world's first nuclear task force. More local east coast exercises followed until 5 May 1965. On that date, the submarine entered the Portsmouth Naval Shipyard for an extensive overhaul and refueling that lasted until September 1966.

Seawolf sailed from Portsmouth on 24 August 1967 for New London which was again her home port. The following month, she sailed to the Caribbean for refresher training and weapons trials. She had to have a propeller replaced at Charleston in early October and then conducted sea trials in the Bahama Islands for the remainder of the month. The end of the year 1967 found her back at her home port.

In January 1968, Seawolf was operating from that port when she grounded off the coast of Maine on the 30th. She was towed back to New London for repairs and did not put to sea again until 20 March 1969 when she began sea trials. The submarine was in the Caribbean during June and July conducting underwater sound and weapons systems tests. Seawolf was deployed with the 6th Fleet from 29 September to 21 December 1969.

Seawolf operated along the east coast until 9 November 1970 when her home port was changed to Vallejo, Calif., and she sailed for the west coast. The submarine transited the Panama Canal on the 17th and changed operational control to Submarine Force, Pacific Fleet. She entered drydock at Mare Island Naval Shipyard on 8 January 1971 for overhaul and conversion to a special project platform and remained there until 21 June 1973 when she moved up the coast to Bangor, Wash.

Seawolf returned to Mare Island on 4 September 1973 and into August 1974 is still operating from that port.