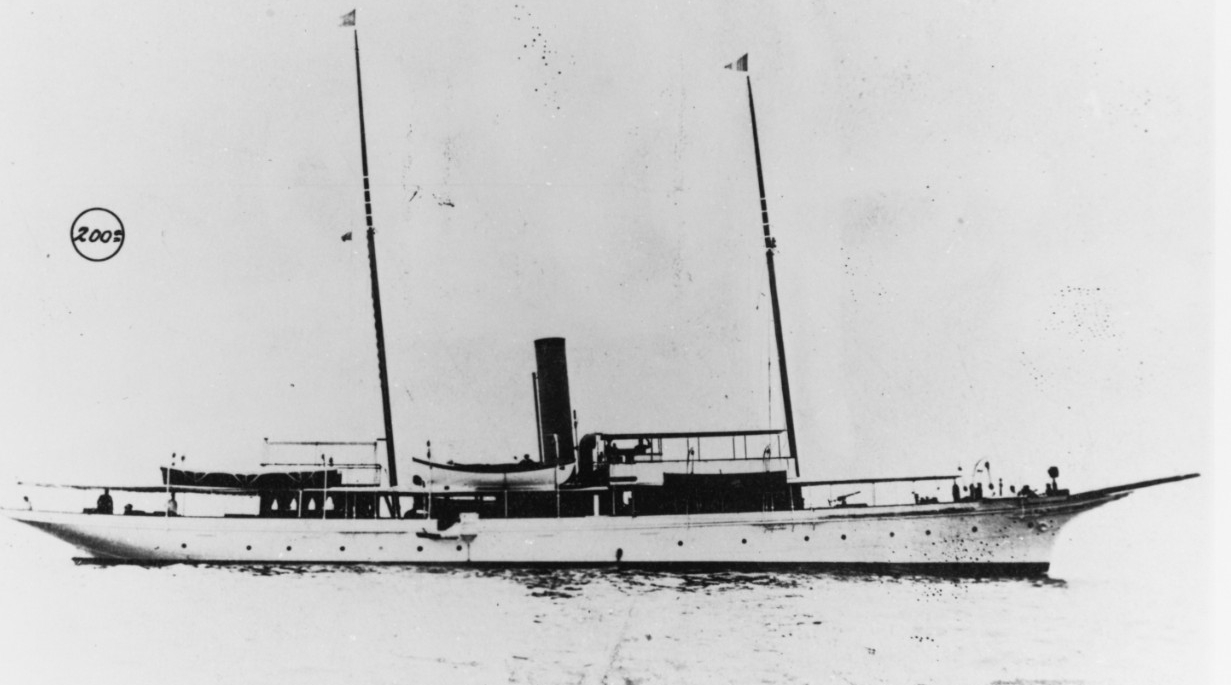 Caption: Christabel in private hands prior to her naval service in World War I. (Naval History and Heritage Command Photograph NH 89408)

Christabel was initially assigned to Squadron Three, Patrol Force, Atlantic Fleet, on 9 May 1917, in advance of her commissioning. On 1 June 1917, the Navy Department ordered Capt. William B. Fletcher to assume command of eight armed yachts, Corsair (S. P. 159), Aphrodite (S. P. 135), Harvard (S. P. 209), Sultana (S. P. 134), Christabel, Kanawha II (S. P. 130), Vedette (S. P. 163), and Noma (S. P. 131), being fitted out for foreign service to be deployed to France as the U.S. Patrol Squadron Operating in European Waters, later renamed U.S. Naval Forces Operating in French Waters. At New York Navy Yard on 5 June, Christabel shifted to Base No. 21 at Tompkinsville on Staten Island, N.Y., that same day. Between 6–8 June, she shuttled between Tompkinsville and the navy yard in final preparation for distant service, before finally departing Tompkinsville on 9 June in company with Noma, Harvard, Kanawha II, Sultana, and Vedette bound for the Azores, en route to Brest, France. The yachts arrived in the Portuguese-held archipelago on 26 June and departed St. Michaels on the 29th. The patrol force stood in to Brest on 4 July. That same day, now Rear Adm. William B. Fletcher arrived in Brest and assumed the position of Commander, U.S. Naval Forces in France. Christabel was the smallest of the converted yachts operating in French waters, but gamely performed escort and patrol duty off the coast of France throughout the war.

On 17 April 1918, cargo ship Florence H. lying in harbor at Quiberon Bay, France, suddenly exploded with a cargo of 2,200 tons of smokeless powder on board. Stewart (Destroyer No. 13) and armed yachts Sultana, Corona (S. P. 813), Wanderer (S. P. 132), and Christabel headed to the scene of the accident, but the wooden yachts could not enter the area of burning water; Stewart and Whipple (Destroyer No. 15) and Truxtun (Destroyer No. 14) steamed into the wreckage looking for survivors; several crewmen from Stewart and the other ships involved rescued the Florence H. survivors. Christabel lowered her power whaleboat with a volunteer crew and a doctor to look for survivors. In conducting their search, they pulled three survivors from amidst the flames and floating boxes of smokeless powder. Chief Pharmacist Mate Louis Zeller later received the Navy Cross for diving into the water to rescue a badly burned seaman. 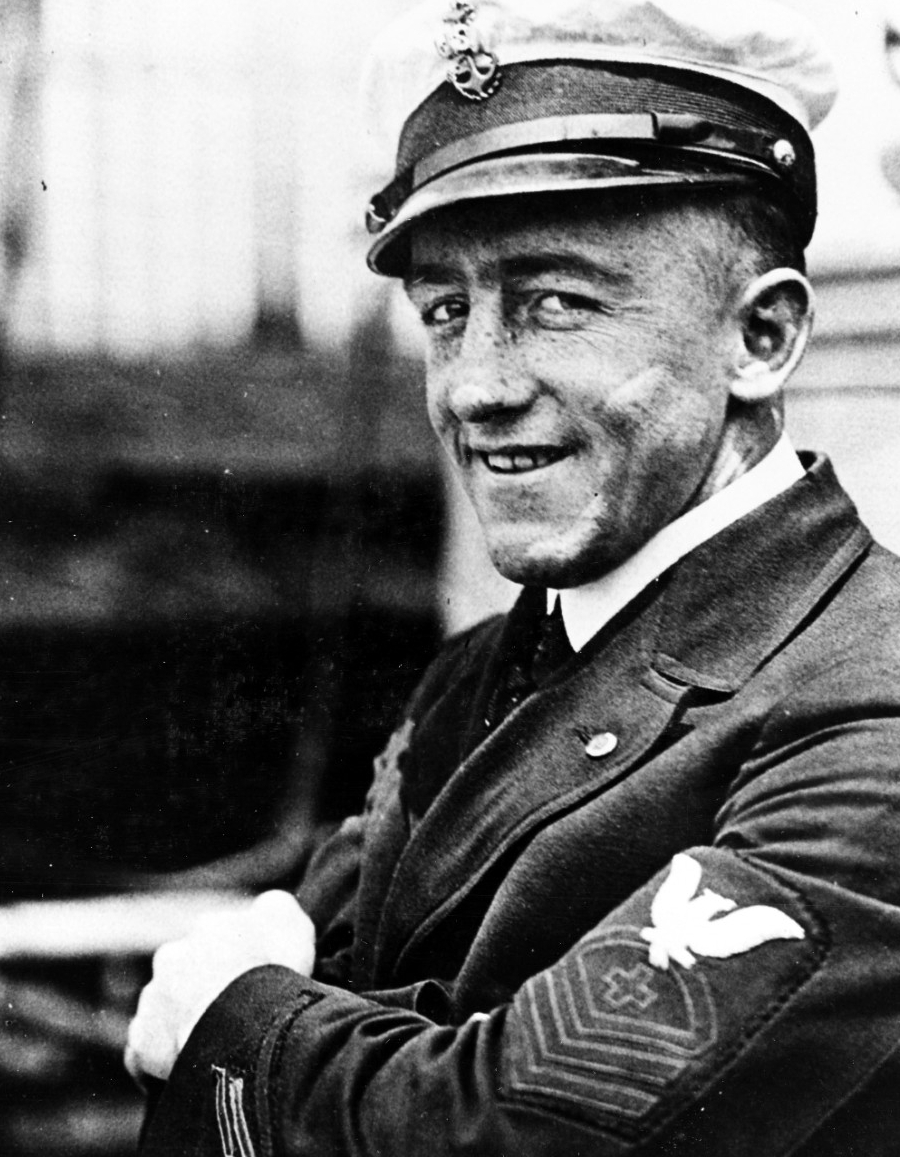 Christabel, on the afternoon of 21 May 1918, was escorting a slow ship which had dropped behind the northbound convoy from La Pallice, France, to Quiberon Bay. This vessel, British steamer Danae, was about eight miles behind the convoy, making about seven and a half knots, with Christabel on her port bow. The sea was smooth, the weather clear with no wind. When the converted yacht reached a position about two miles outside of Ile de Yeu, a lookout sighted a well-defined oil slick on the port bow. Christabel cruised around it, but saw nothing definite. At 5:20 p. m., the officer of the deck and the lookout suddenly sighted a wake, about 600 yards distant on the port quarter, Christabel at this time being about 300 yards on Danae’s port bow. The yacht headed for it, making all possible speed, about ten and a half knots, whereupon the wake disappeared amidst a number of oil slicks.

Lt. Millington B. McComb, the yacht’s commanding officer who conned the ship from the foretop, followed this oil as well as he could and at 5:24 p. m., believing that his ship steamed nearly ahead of the submarine, dropped a depth charge. Although the charge exploded, no results were obtained. At 7:00 p. m., the convoy changed course following the contour of the land and at about nine knots. Christabel patrolled astern, making about 11 knots to catch up. At 8:52 p. m., Christabel sighted a periscope about 200 yards off the starboard beam. She turned and headed for it, whereupon the periscope disappeared. At 8:55 p. m. she dropped a depth charge which functioned in ten seconds, followed by a second one a few moments afterwards. Nothing followed the explosion of the first charge, but following the explosion of the second, a third and very violent explosion shot skyward between Christabel’s stern and the water column raised by the second charge, an enormous amount of water and debris. Christabel then turned and cruised in the vicinity and noticed a quantity of heavy black oil and splintered pieces of wood, with very large oil bubbles rising to the surface.

During the engagement, part of Christabel’s allowance of depth charges came loose about the deck as a result of the explosion of a depth bomb dropped near the submarine. Ens. Daniel A.J. Sullivan, USNRF, one of the ship’s officers, managed to fall on the rolling charges and secure them, “thus saving the ship from disaster, which would inevitably have caused great loss of life." For his actions, Sullivan received the Medal of Honor. 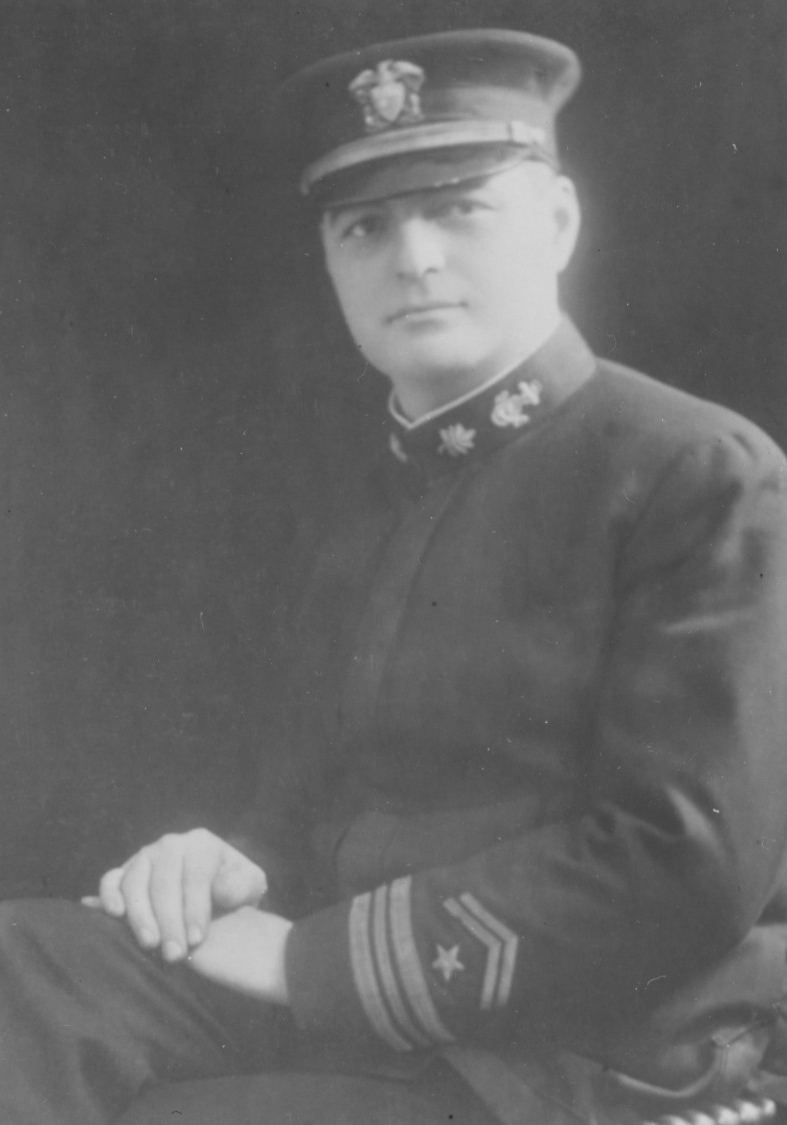 The submarine engaged by Christabel on 24 May 1918, UC-56 (Kapitänleutnant der Reserve Wilhelm Kiesewetter commanding) emerged so heavily damaged from the encounter with the plucky yacht that she was unable to return to her base at Zeebrugge, Belgium. Forced to limp to neutral Spain, the German minelaying submarine arrived at Santander, where the local authorities interned her. Though there was some inquiry as to whether or not UC-56 was attacked and damaged by Truxtun (Destroyer No. 14), the British Admiralty stated in a memo dated 25 June 1918,”Submarine attacked by the Christabel was the UC-56 and it has been interned at Santander, Spain.”

A memo dated 12 September 1918, from Vice Adm. Henry B. Wilson, Commander, U.S. Naval Forces in France, stated “You are authorized to paint a white star on the smokestack of the vessel under your command as a mark to denote the fact that the U.S.S. Christabel has successfully engaged and put out of action an enemy submarine…” Vice Adm. William S. Sims, Commander, U.S. Naval Forces in European Waters, on 30 September 1918, in response to reports of American warships in France painting marks on their funnels indicating they had sunk a submarine, clarified that Fanning (Destroyer No. 37) and the yachts Christabel and Lydonia (S. P. 700) were officially credited with the destruction of a submarine, and that to ensure “that all awards and distinctions be uniform throughout the entire force under this command, it is desired that such questions be subject to the Force Commander’s approval after all of the evidence in the case has been submitted to him.” 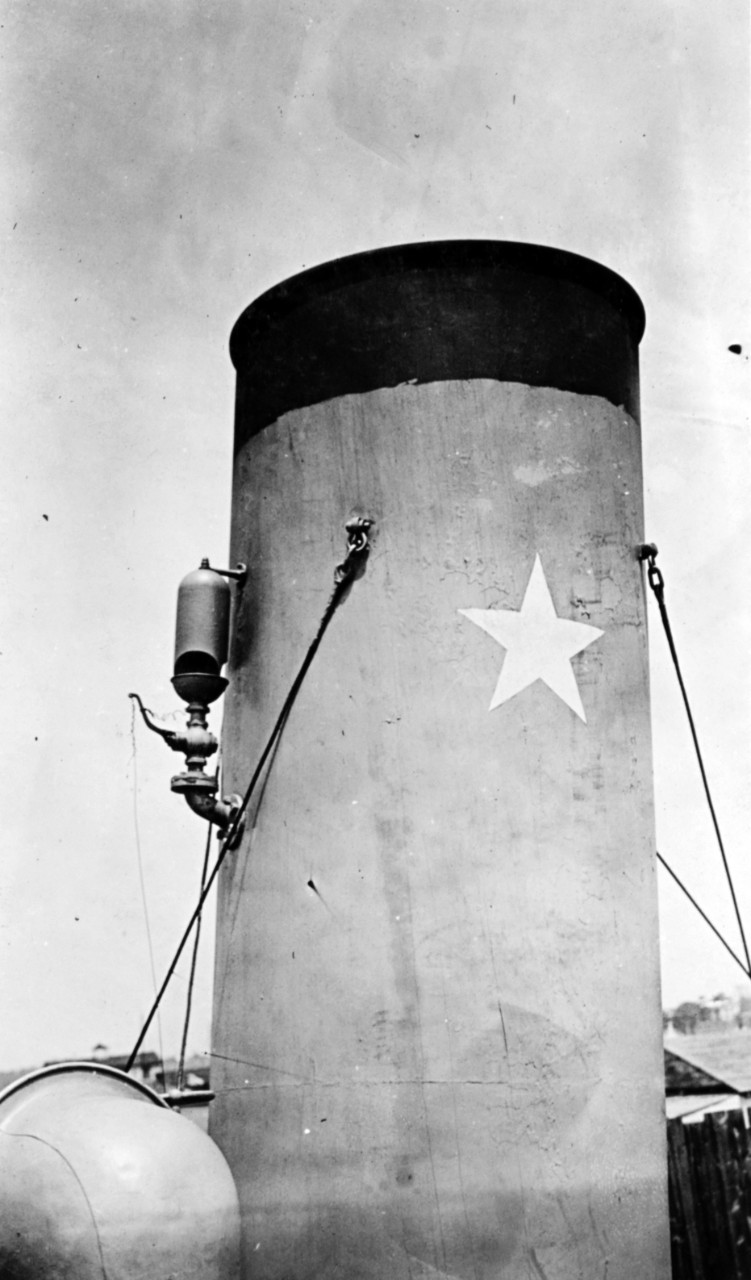 Caption: View of Christabel's smokestack, circa 1919. The star represents the German submarine she was then credited with having damaged and rendered inoperable in the Bay of Biscay on 21 May 1918. Note steam whistle on the stack. (Naval History and Heritage Command Photograph NH 55162)

Ultimately, the U-boat sinkings credited to the two armed yachts would be adjudicated otherwise and Fanning remained the only U.S. naval vessel with a confirmed U-boat sinking during the World War. Towed into the navy yard at Brest by tugs on 13 June 1918, Christabel underwent repairs until 19 June and then moored alongside Prometheus (Repair Ship No. 2). The armed yacht continued escort and antisubmarine duties through the Armistice and the end of hostilities on 11 November.

Christabel cleared Brest on 5 December 1918 for her return to the United States. She, along with Remlik (S. P. 157) and Wanderer, arrived at St. Michaels, Azores, on 14 December and she stood out the next day en route to Bermuda. Christabel, having touched and refueled at Bermuda, departed on the 27th and arrived at New London, Conn. (Base No. 22), on New Year’s Eve. After post-deployment maintenance and refit, she remained at New London and served with the reserve antisubmarine squadrons in training operations. On 1 May, she received orders to report to the Commandant, Third Naval District, at New York, and she did so, on the 6th. Placed in reserve on 17 May, two days later she was decommissioned at the Marine Basin, Brooklyn. Christabel was sold to the Savannah Bar Pilots Association, Savannah, Ga., on 30 June 1919 for $22,510 and delivered to the purchaser on 8 August.