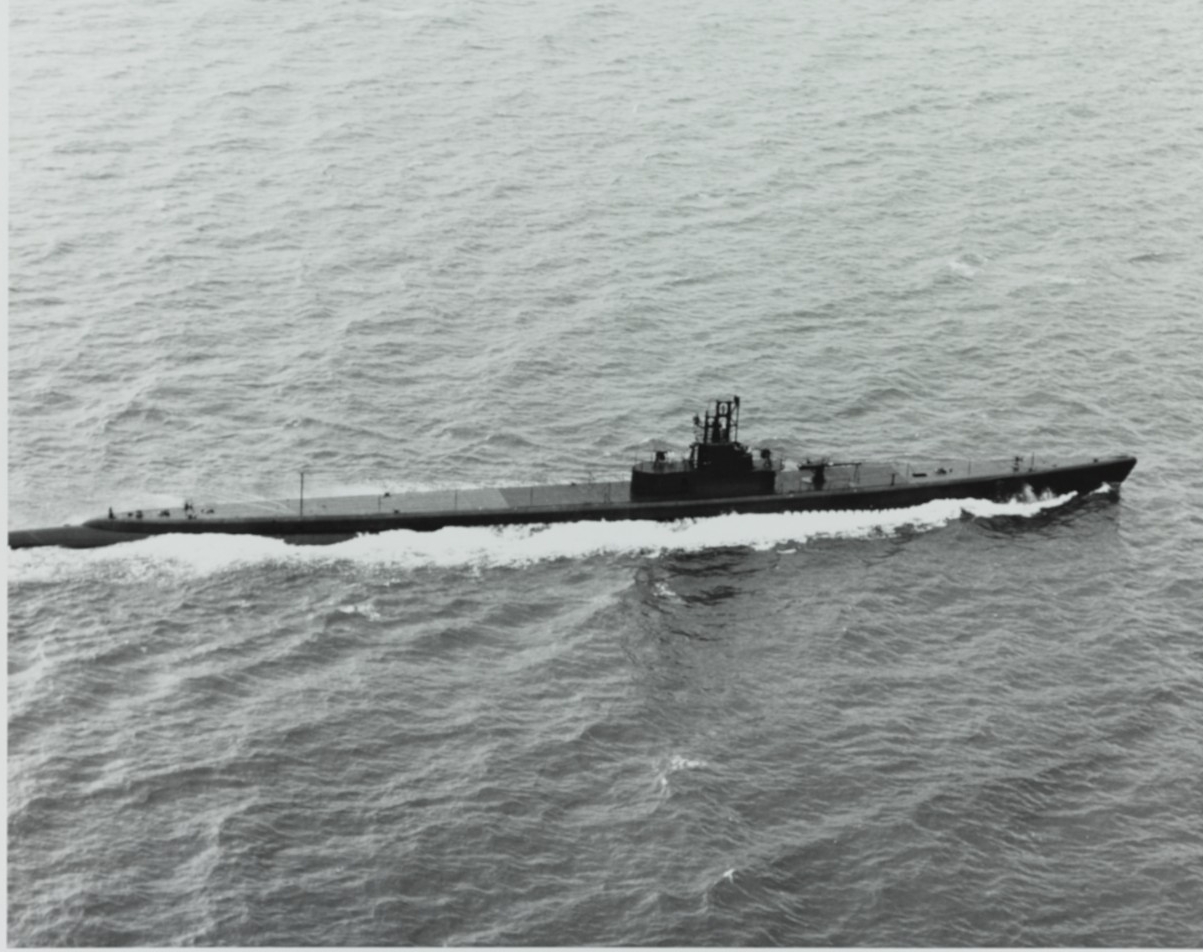 A warm water sport and food fish resembling a pike.

After passage by inland waterways and being floated down the Mississippi, Robalo deployed to the Pacific. On her first war patrol, she hunted for Japanese ships west of the Philippines, where she damaged a large freighter. During her second patrol in the South China Sea near Indochina, she damaged a 7,500-ton tanker.

Robalo departed Fremantle 22 June 1944 on her third war patrol. She set a course for the South China Sea to conduct her patrol in the vicinity of the Natuna Islands. After transiting Makassar and Balabac Straits, she was scheduled to arrive on station about 6 July and remain until dark on 2 August 1944. On 2 July, a contact report stated that Robalo had sighted a Fuso-class Japanese battleship with air cover and two destroyers for escort. The ship was then just east of Borneo, no other messages were ever received from the submarine and when she did not return from patrol, she was presumed lost.

On 2 August a note was dropped from the window of a cell of Puerto Princessa [sic; Puerto Princesa] Prison Camp on Palawan Island in the Philippines. It was picked up by an American soldier who was on a work detail nearby. The note was in turn given to H. D. Hough, Yeoman Second Class, who was also a prisoner at the camp. On 4 August he contacted Trinidad Mendosa, wife of guerrilla leader Dr. Mendosa who furnished further information on the survivors.

From these sources, it was concluded that Robalo was sunk on 26 July 1944, 2 miles off the western coast of Palawan Island from an explosion in the vicinity of her after battery, probably caused by an enemy mine. Only four men swam ashore, and made their way through the jungles to a small barrier northwest of the Puerto Princessa [sic; Puerto Princesa] Camp, where Japanese Military Police captured them and jailed them for guerrilla activities. On 15 August, they were evacuated by a Japanese destroyer and never heard from again. Robalo was struck from the Navy list on 16 September 1944.