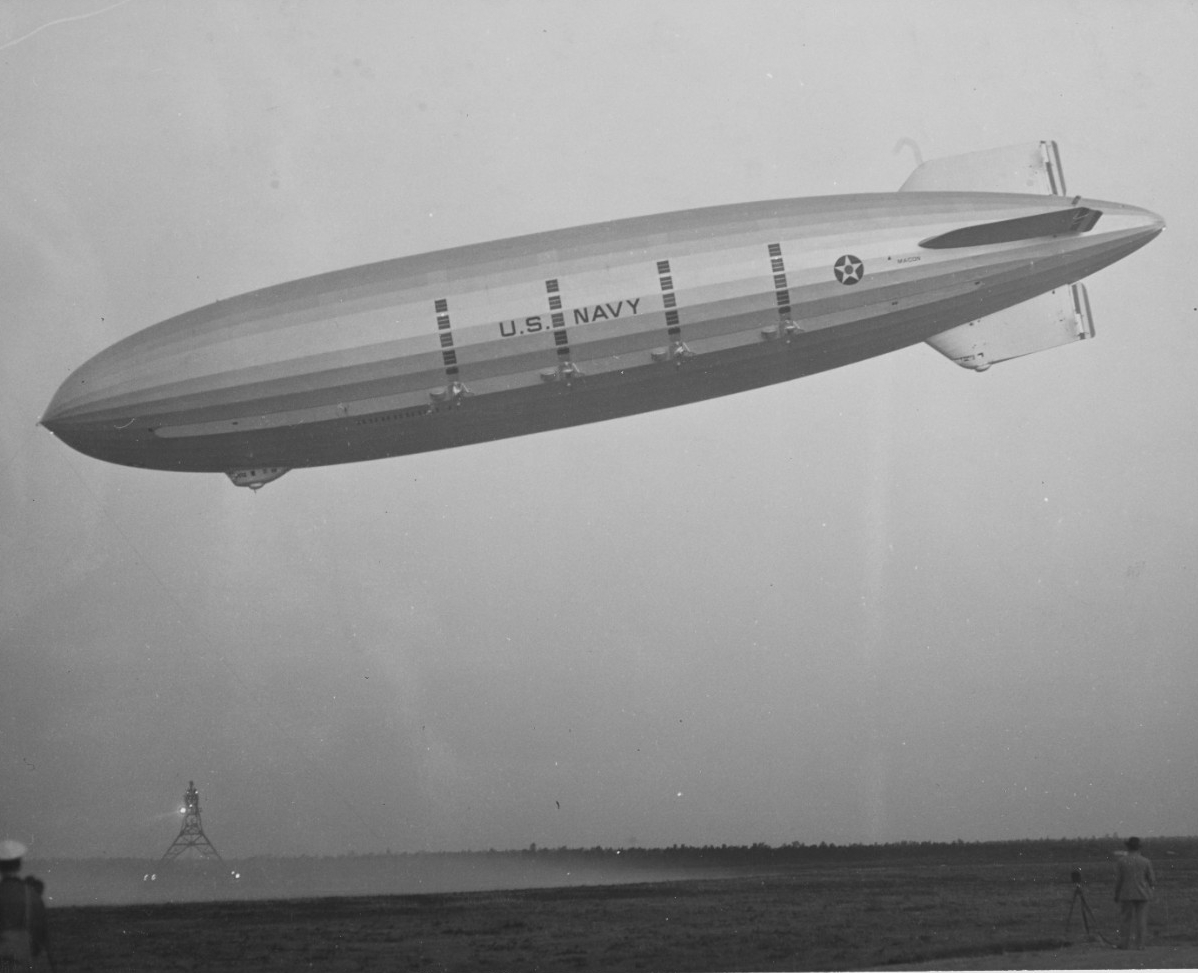 Named for the city in the state of Georgia.

The first Macon (ZRS‑5), a rigid frame airship designated for scouting purposes, was built by the Goodyear‑Zeppelin Corp., of Akron, Ohio; christened onm 11 March 1933 by Mrs. William A. Moffett wife of Rear Admiral William A. Moffett, Chief of the Buireau of Aeronautics; and commissioned on 23 June 1933, Cmdr. Alger H. Dresel in command.

Designed to carry five Curtiss F9C Sparrowhawk biplanes, Macon received her first aircraft on board 6 July 1933 during trial flights out of Lakehurst, N.J. Departing the east coast 12 October 1933, Macon's home field became Sunnyvale, Calif. She operated out of that base until 12 February, when, returning from fleet maneuvers, she ran into a storm off Point Sur, Calif. During the storm, she was caught in a sudden updraft which caused structural failure of her upper fin and resultant gas leakage and loss of control. Settling to the sea, Macon sank off the California coast, losing only two crewmembers.

Macon, having completed 50 flights from her commissioning date, was stricken from the Navy list on 26 February 1935. Subsequent airships for Navy use were of a nonrigid design to make them less vulnerable to meteorologic phenomena.