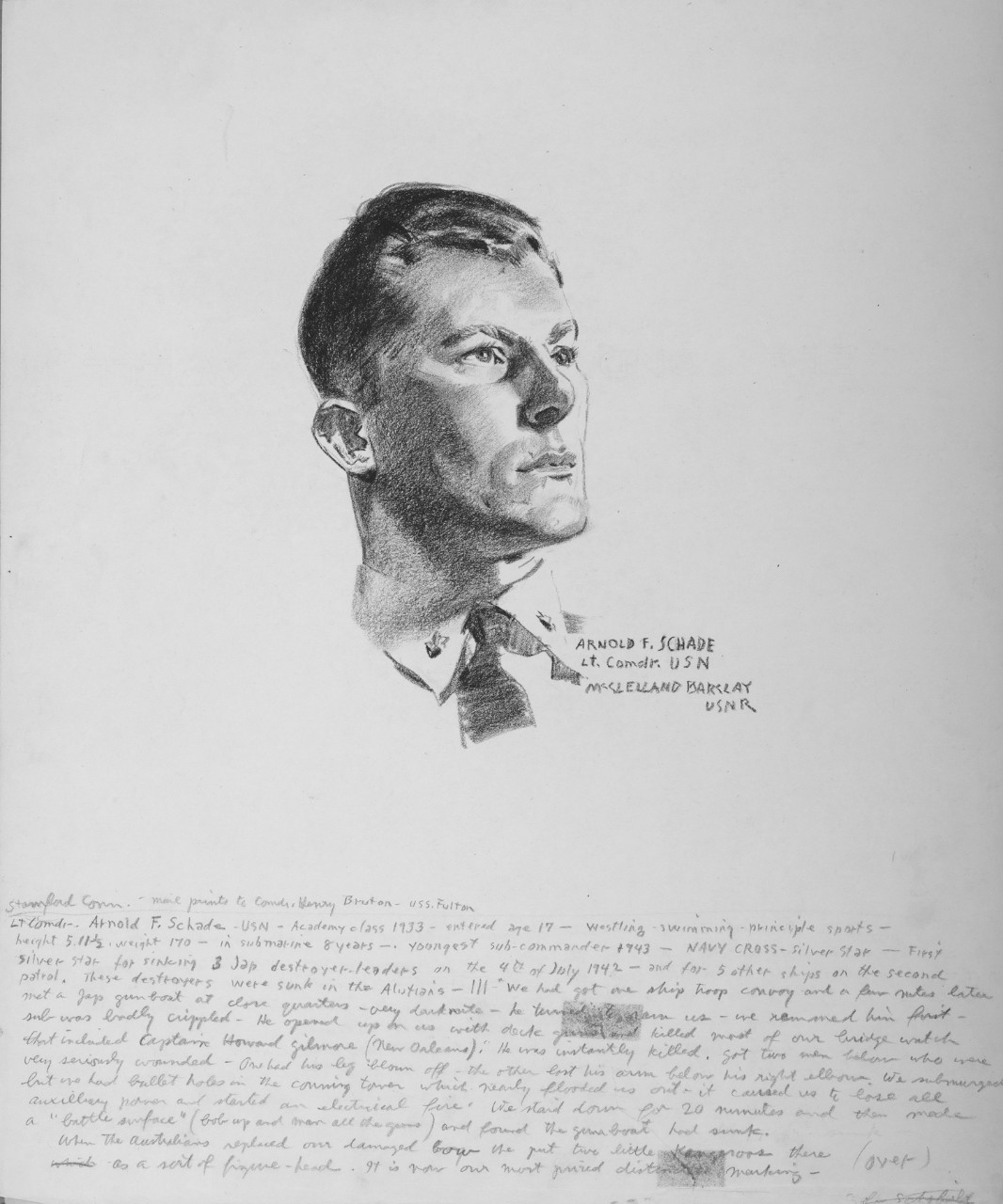 One of the funniest things that ever happened aboard was when during a nite [sic] engagement there was one of the men off watch asleep in the after torpedo room - we fired a torpedo from one of the stern tubes. The torpedo hit our target and exploded and the force of the explosion lifted him right off his bunk, turned him over in the air and he landed face downward. He didn't even wake up during the whole action. We were being depth bombed by enemy destroyers - they were close. The cook was standing by his range to tend his lunch. A depth charge went off right close by. The concussion of the explosion made a pan jump up from the stove right into his hands. The cook said 'I have jumped for many pans but that's the first time a pan ever jumped to me.'"

"We had got one ship troop convoy and a few nites [sic] later met a Jap gunboat at close quarters - very dark nite [sic] - he turned to ram us - we rammed him first - sub was badly crippled. He opened up on us with deck guns and killed most of our bridge watch that included Captain Howard Gilmore (New Orleans). He was instantly killed. Got two men below who were very seriously wounded. One had his leg blown off - the other lost his arm below his right elbow. We submerged but we had bullet holes in the conning tower which nearly flooded us out - it caused us to lose all auxilliary [sic] power and started an electrical fire. We staid [sic] down for 20 minutes and then made a 'battle surface' (bob up and man all the guns) and found the gunboat had sunk.

When the Australians replaced our damaged bow they put two little kangaroos there - as a sort of figure-head. It is now our most prized distinctive marking.

[Editor's note: In his official fourth Patrol Report for USS Growler (SS-215), Lieutenant Commander Schade states that Captain Gilmore gave the order to "Clear the Bridge" after the hail of gunfire and before he died. According to the surviving Officer of the Deck who was on the bridge with Gilmore, the Captain also said, "Take her down" in his final living moments, thereby refusing aid and ordering his men to safety. Although the stirring words "Take her down" do not appear in the official report, they became a part of submarine history. Captain Gilmore was posthumously awarded the Medal of Honor on 13 July 1943.]