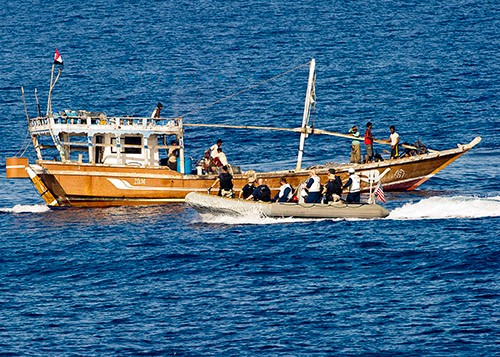 On May 10, 2012, USS Underwood (FFG-36) assisted a disabled Peruvian fishing vessel stranded in the Pacific Ocean for ten days after transmission failure.   At the time, Underwood was deployed to Central and South American and the Caribbean in support of Southern Seas 2012. 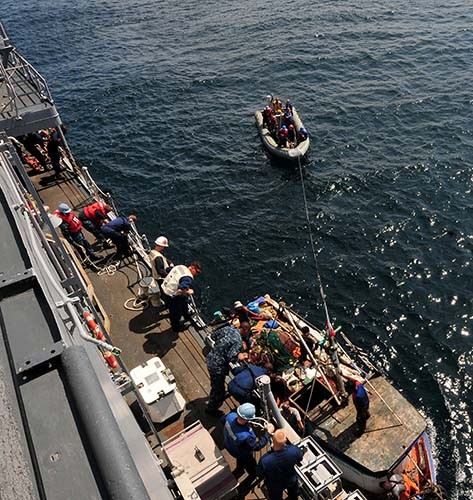 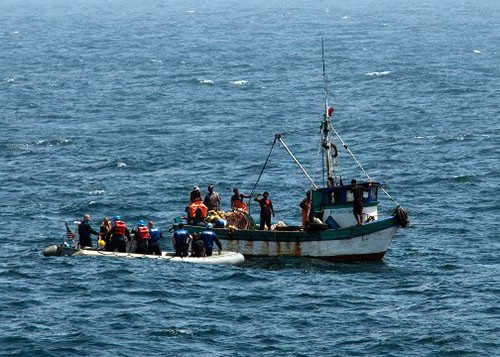 On May 20, 2012, USS Taylor (FFG-50), responded to a disabled Yemeni fishing dhow Nahda in the Gulf of Aden.  Inoperable due to engine loss, Taylor towed the dhow toward Yemeni territorial waters until the Yemeni Coast Guard arrived the following day to tow the striken boat.   During this time, Taylor was taking part in Operation Ocean Shield, maritime interceptions and counter-policy operations in the Gulf of Oman.