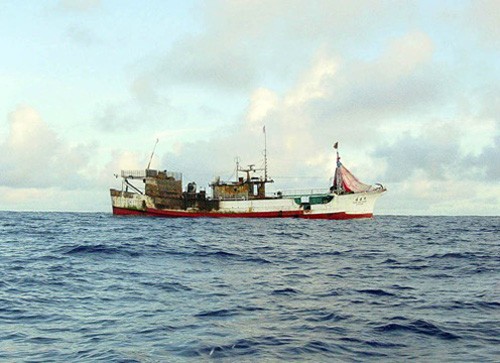 On June 23, 2004, while 900 miles northeast of Guam, USNS Guadalupe (T-AO-200) rescued the crew, and a dog, of the Taiwan-flagged fishing vessel M/V Hsin Chin Ghanz after being adrift for five days.  The crew had little water and food after a fire broke out in the machinery space and came up through the after deck. 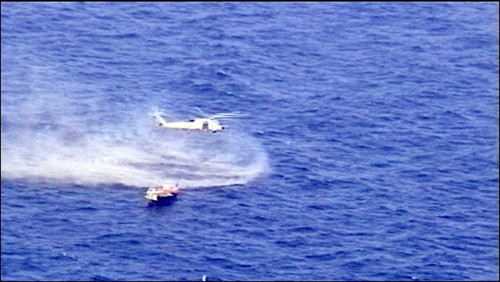 On August 14, 2004, Helicopter Anti-Submarine Squadron Fifteen (HS-15) launched two SH-60 "Seahawk" helicopters from USS John F. Kennedy (CV-67), rescuing the crew of the Iranian dhow Naji.  Once aboard Kennedy, the carrier's medical staff treated the crew, who were in good health.   After the medical review, the carrier contacted the Navy's Fifth Fleet in Bahrain to return to the crew of Iran.  VP-9 monitored the dhow and coordinated the helicopter rescue operations.   Kennedy and Carrier Air Wing Seventeen (CWV-17) were deployed in the region to support Operation Iraqi Freedom.