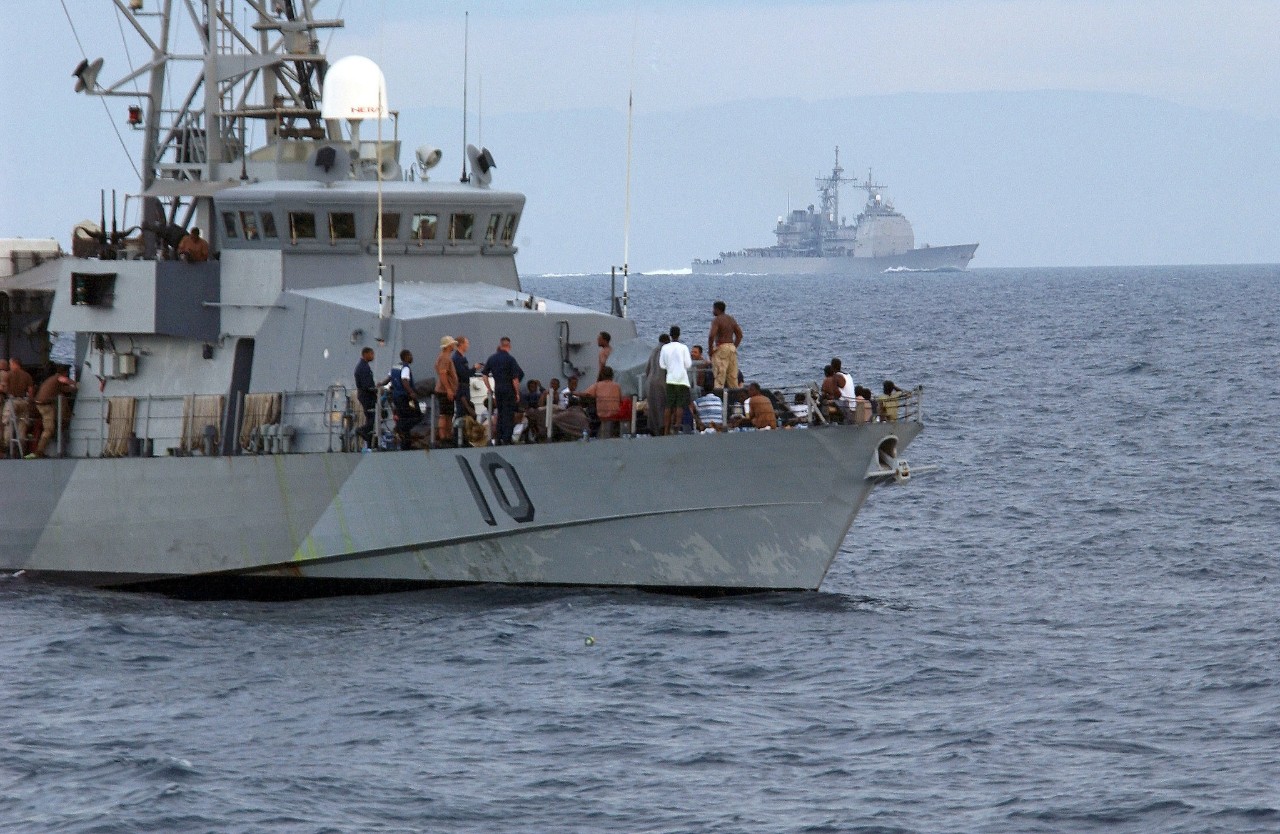 Caption: 330-CFD-DN-SD-06-13840: USS Firebolt (PC-10) Sailors assist in rescuing survivors in the Gulf of Aden whose vessel capsized 25-miles off the coast of Somalia. In the background is USS Normandy (CG 60), also assisting in the rescue operation. Photographed on April 29, 2005, by PH1 Robert Mcrill, USN. Official U.S. Navy photograph.

On April 29, 2005, Cyclone-class coastal defense ship, USS Firebolt (PC-10) assisted in rescuing survivors in the Gulf of Aden whose vessel capsized 25-miles off the coast of Somalia.   USS Normandy (CG-60) also assisted in the rescue. 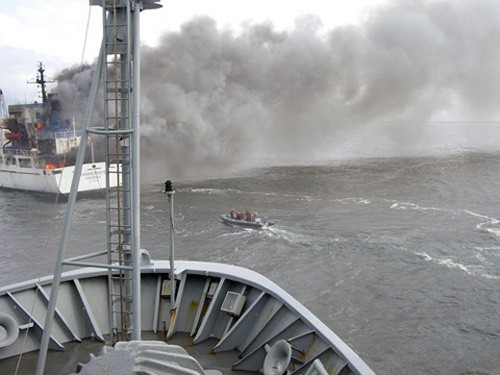 On August 11, 2006, while off Monrovia, Liberia, USNS Apache (T-ATF-172) rescued personnel from the commercial freighter Tahoma Reefer while rendering assistance at sea.   The fire broke out in Tahoma's engine room in the early morning of August 10.   Apache rescued the freighter's crew and was able to bring the fire under control.   She was at Liberia to conduct a harbor survey and do repair work on the port of Monrovia's pier as an ongoing effort to strengthen the United States partnership with the nation. 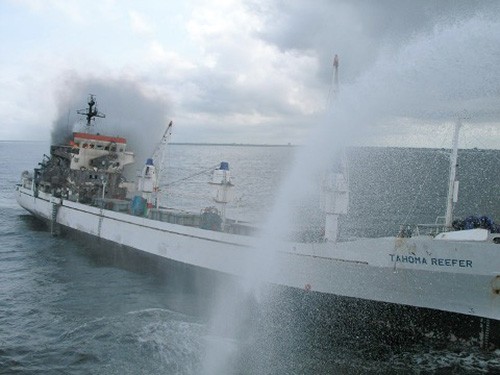 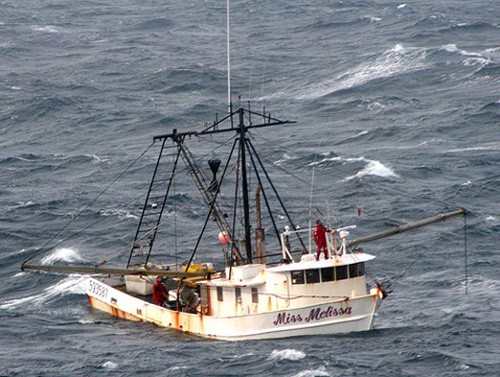 On December 1, 2006, the crew of the fishing vessel Miss Melissa was rescued in the Atlantic Ocean by a boat deployed from USS San Antonio (LPD-17) despite heavy seas and 40 knot winds.  Commander Brad Lee, answered Miss Melissa's distress call and immediately deployed a crew of five personnel in a ridged hull inflatable boat (RHIB) to retrieve the crew.   Lee later sent the crew back to the fishing vessel to assist with dewatering efforts.  The U.S. Coast Guard later towed the boat back to port.   The rescued crew was brought aboard San Antonio and provided dry clothing, food, and an opportunity to make phone calls home. 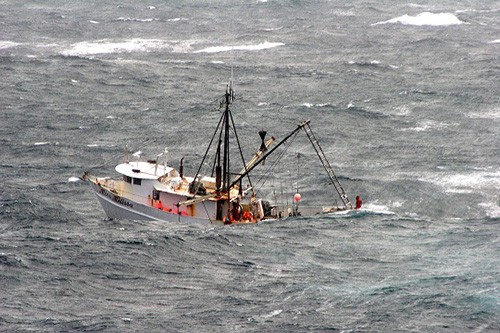