Frigate Philadelphia ran aground near Tripoli

On October 31, 1803, the frigate Philadelphia ran aground near Tripoli while pursuing an enemy vessel in shallow water.  She was accompanied by the schooner Vixen.   They were ordered to blockade the port by Commodore Edward Preble.   As a result, the Tripolitans sent a large gunboat force and attacked the frigate.  Stuck fast and listing, she was defenseless and with reinforcements coming, Captain William Bainbridge surrendered.   The frigate was pulled off by her captors and taken to Tripoli harbor, where she represented not just a humiliating defeat but a threat to American warships and commercial shipping.   Under Preble's orders Lieutenant Stephen Decatur led a mission to burn Philadelphia in February 1804. 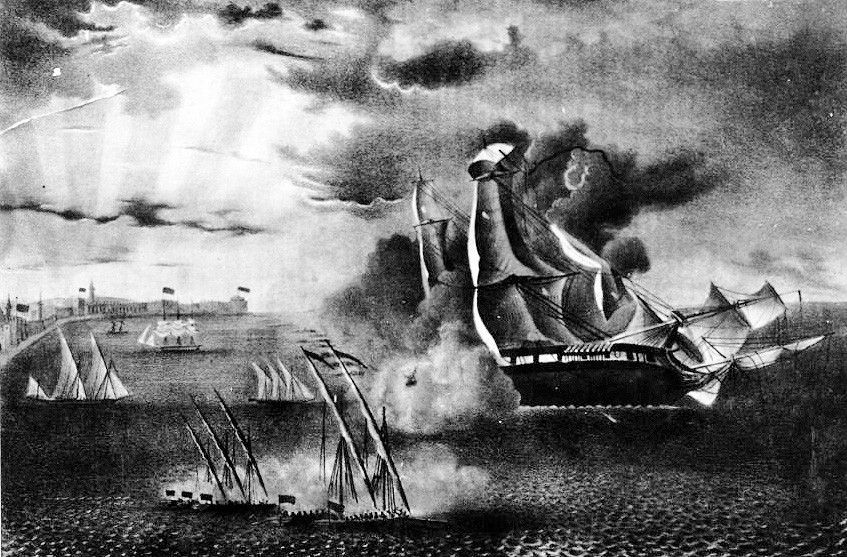 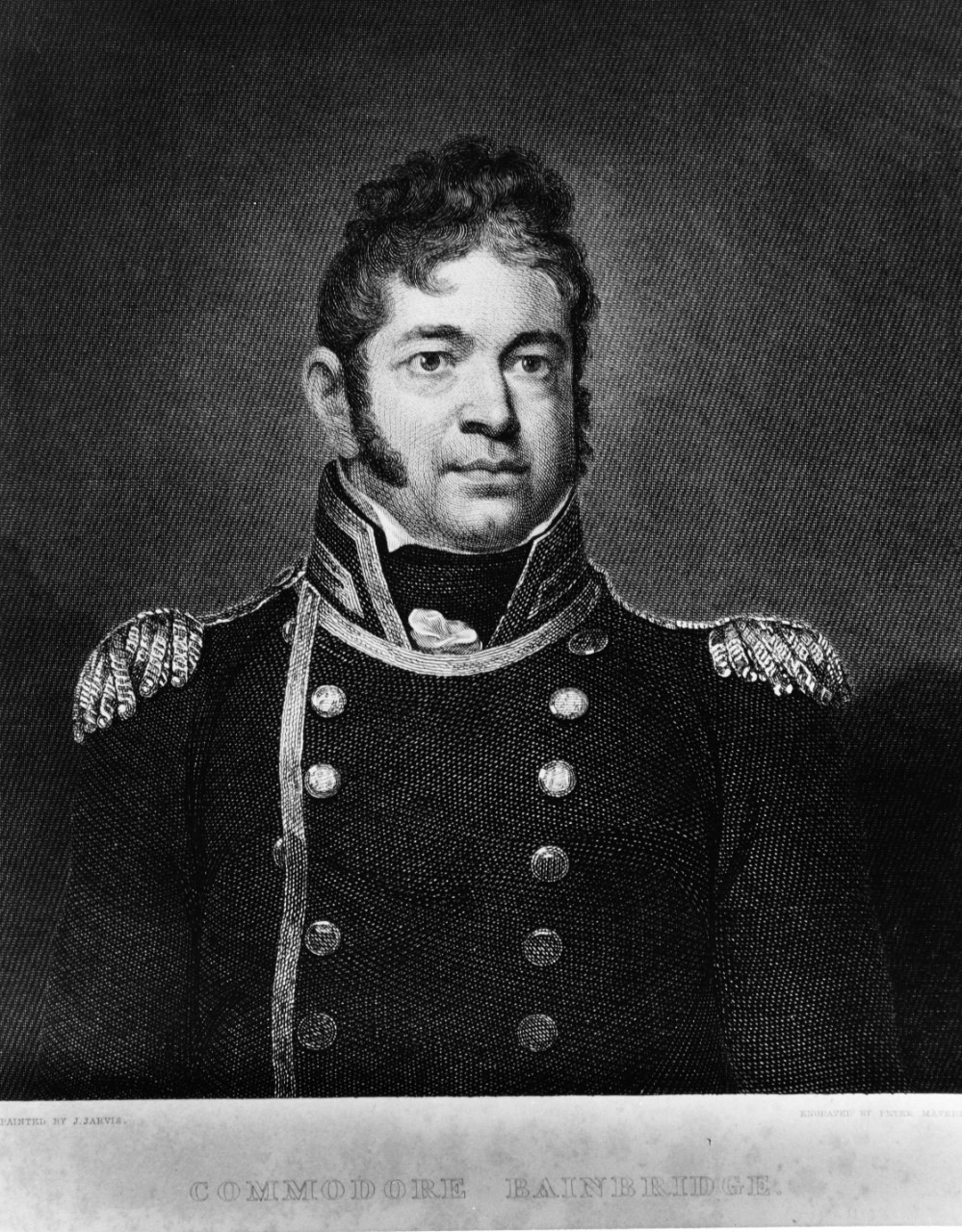 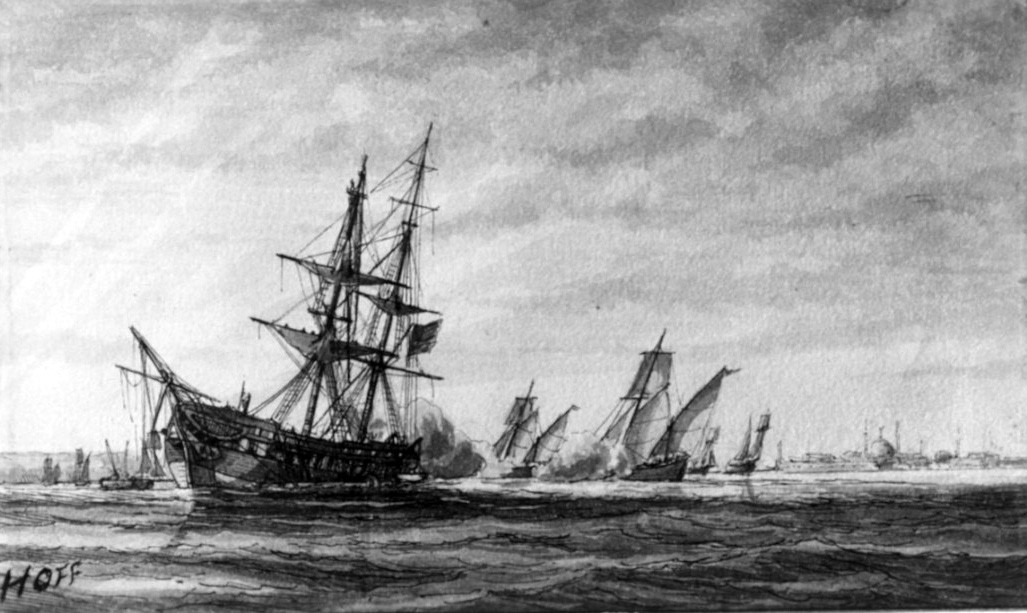 Caption: NH 56734: Stranding and capture of USS Philadelphia, 31 October 1803. Sketch by William Bainbridge Hoff. It depicts Philadelphia under attack by gunboats off Tripoli, after she ran aground on uncharted rocks while chasing a small enemy vessel. 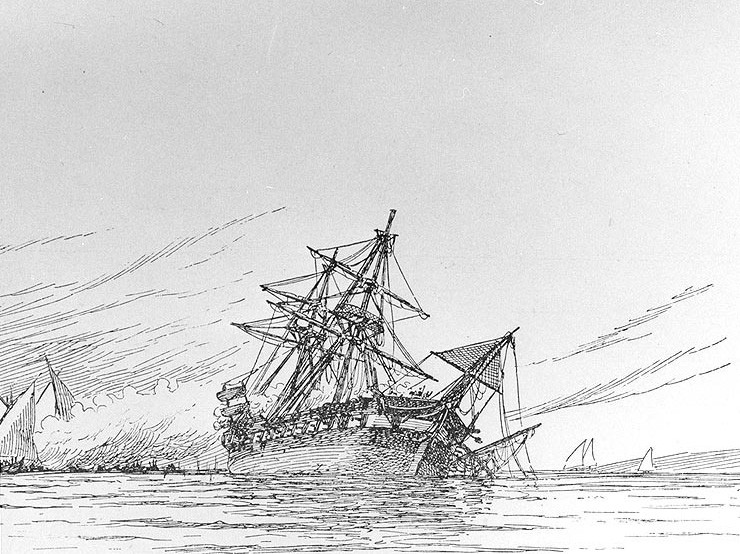 Caption: NH 74530: Capture of USS Philadelphia, 31 October 1803. Sketch by Fred S. Cozzens, copied from his book "Our Navy -- Its Growth and Achievements", 1897. It depicts Philadelphia under attack by gunboats while aground off Tripoli.