On April 27, 1805, with naval bombardment from the schooner Nautilus, the sloop-of-war Hornet, and the brig Argus, a force of about 400 men, under the direction of William Eaton, landed at Derna, the furthest point belonging to Tripoli.   Among the force were 90 under Hamet Karmanli, of the Barbary States, and eight U.S. Marines, led by Lieutenant Presley O'Bannon.   The Battle of Derna was the U.S. Marines first battle and U.S. flag raising on foreign soil.   It is notably recalled in the first verse of the Marines' Hymn: "From the Halls of Montezuma to the shores of Tripoli, we fight our country's battles in the air, on land, and sea." 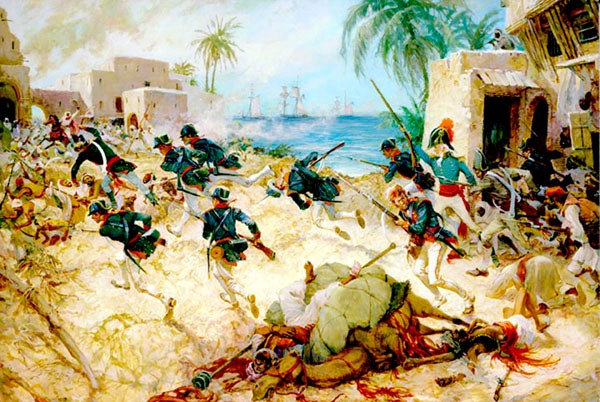 Caption: “The Assault on Derna, Tripoli, 27 April 1805.” Artwork by Charles Waterhouse. Courtesy of the US Marine Corps History Division. 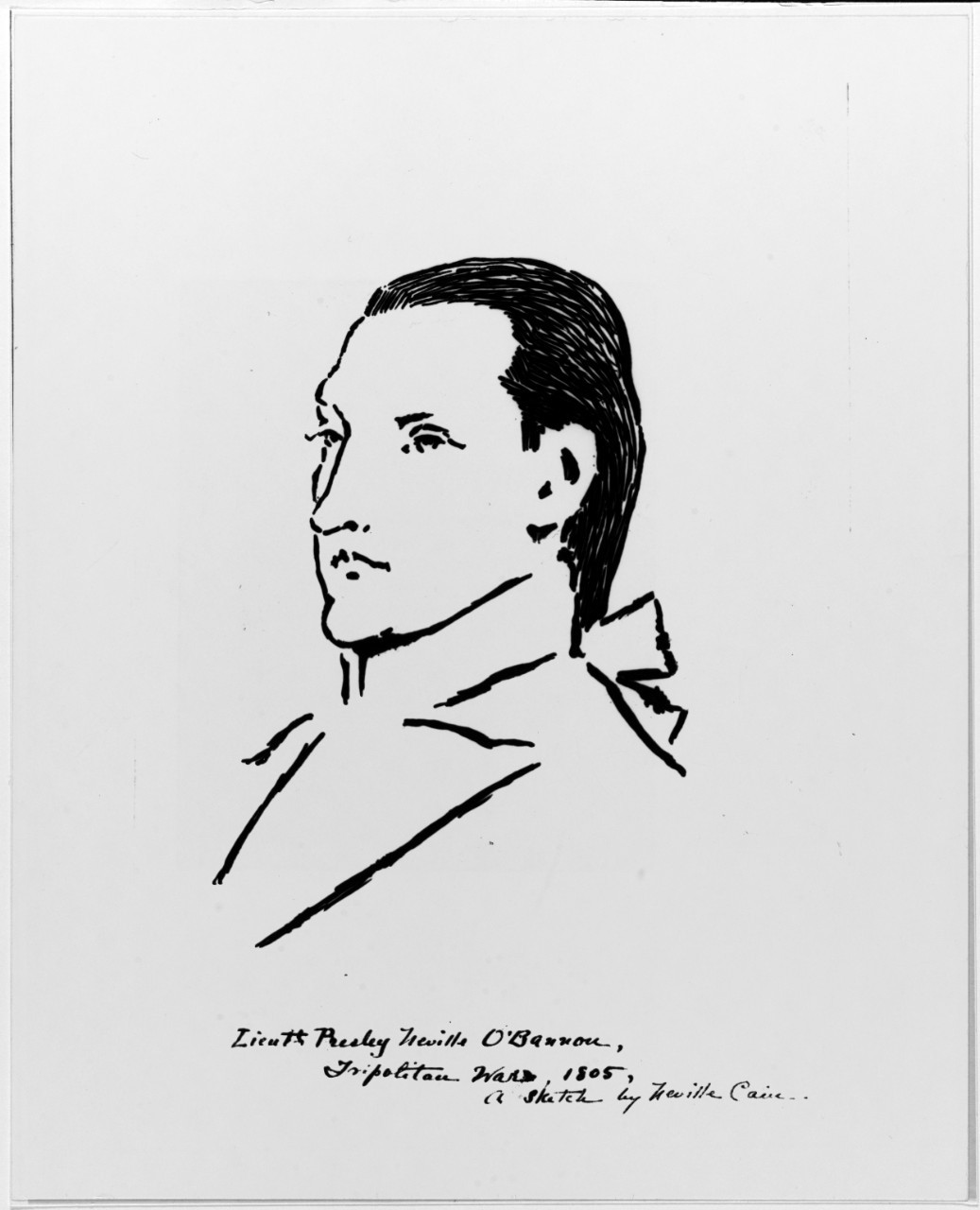 Caption: NH 47534: Lieutenant Presley Neville O’Bannon, USMC. Photograph of a painting by William Cain done at the turn of the 19th century. The miniature was owned by Mrs. Moorman of Frankfort, KY, and according to the Marine Corps, it is presently at the U.S. Naval Academy Museum. 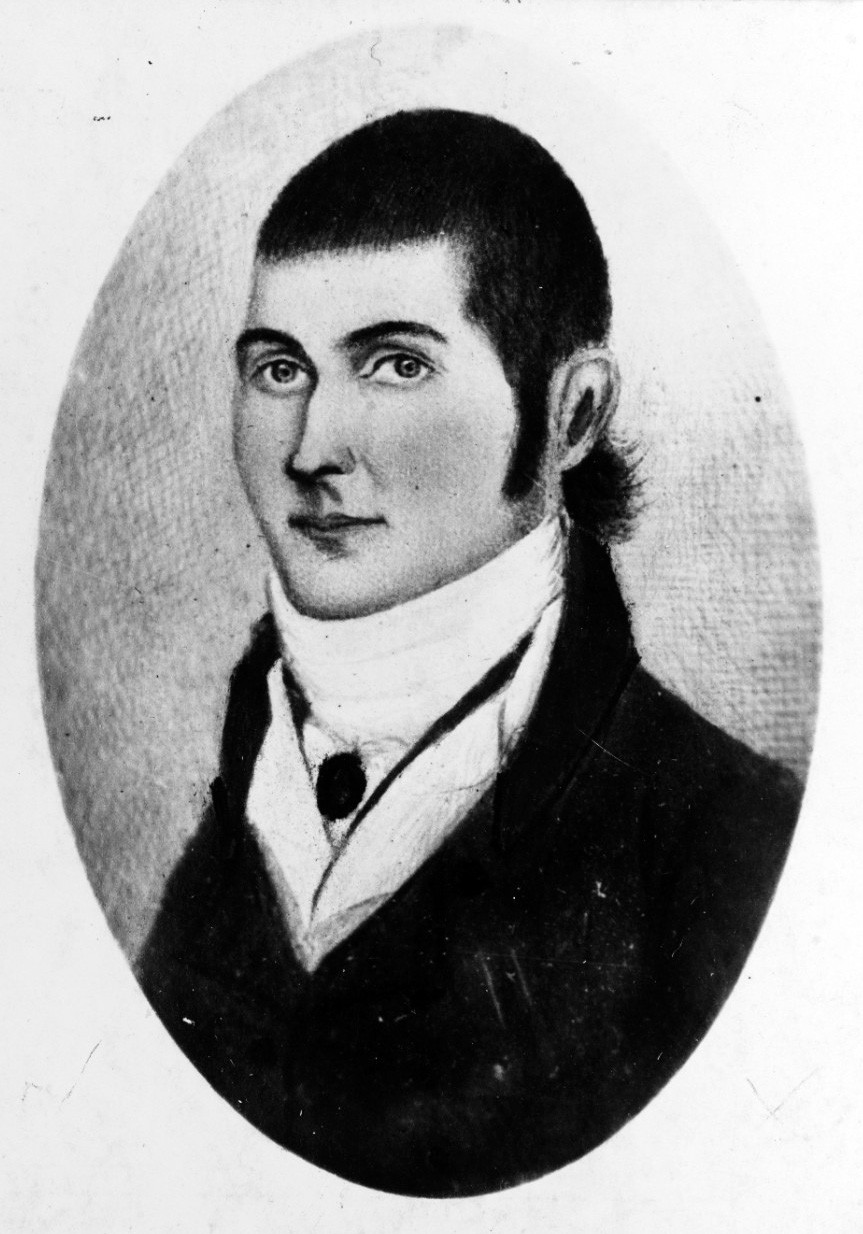 Caption: NH 47535: Lieutenant Presley Neville O’Bannon, USMC. Sketch by William Cain, depicts him about the time he led a force of Marines 500 miles to assist in the capture of Derna, during the war with Tripoli.