On August 3, 1804, Commodore Edward Preble's Mediterranean Squadron launched the first of a series of bombardments on the harbor of Tripoli.  Designed to destroy the defending batteries and sink enemy ships, the bombardments were part of the blockade that Preble had established in 1803.  During the course of the day-long bombardment, U.S. forces also engaged Tripolitan gunboats which were harassing the blockading squadron.  The U.S. casualties suffered during the boarding of the enemy gunboats came to Lieutenant James Decatur (Captain Decatur's brother) killed, two other officers and ten Sailors and Marines wounded. 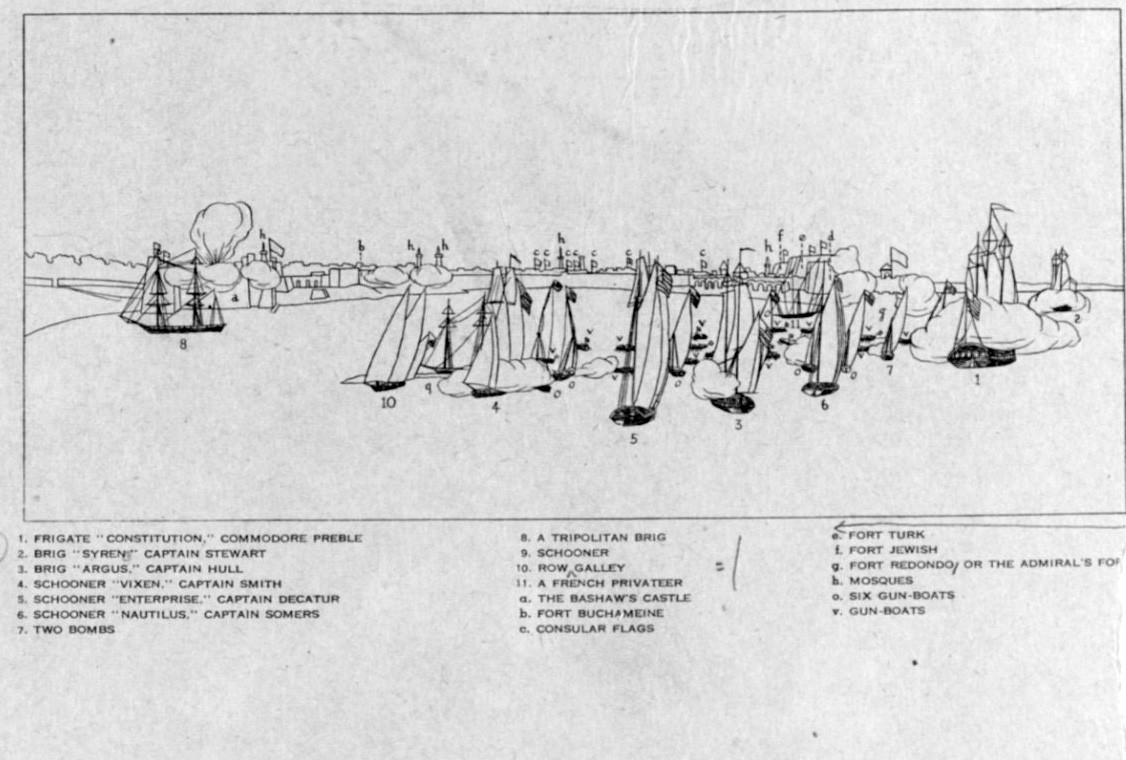 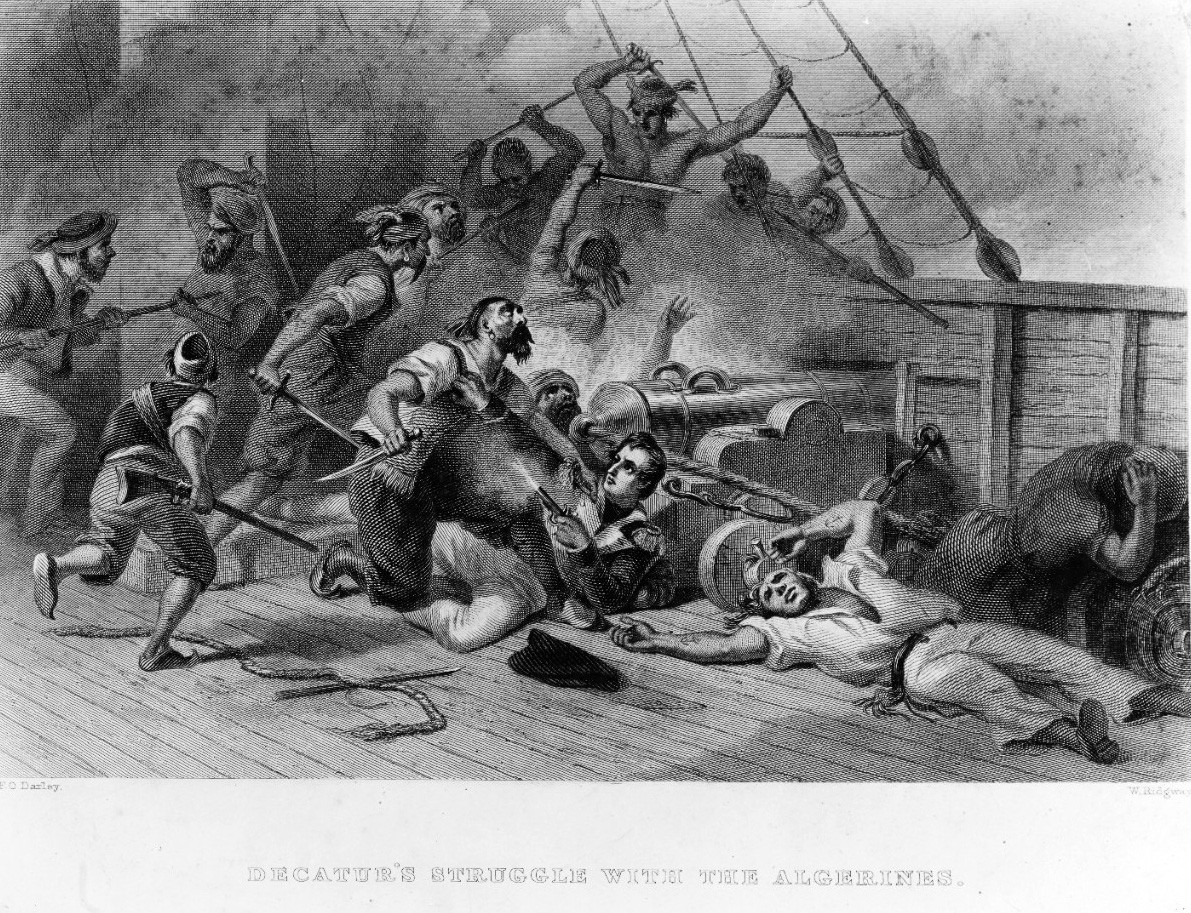 Caption: NH 2385: "Decatur's Struggle with the Algerines". Line engraving by W. Ridgway after an artwork by F.O. Darley, published during the 19th Century. It depicts the battle on board a Tripolitan gunboat during the U.S. Navy's bombardment of Tripoli, 3 August 1804. Lieutenant Stephen Decatur is in the center, engaged in hand-to-hand combat. Courtesy of the Naval Historical Foundation, Powell Collection. 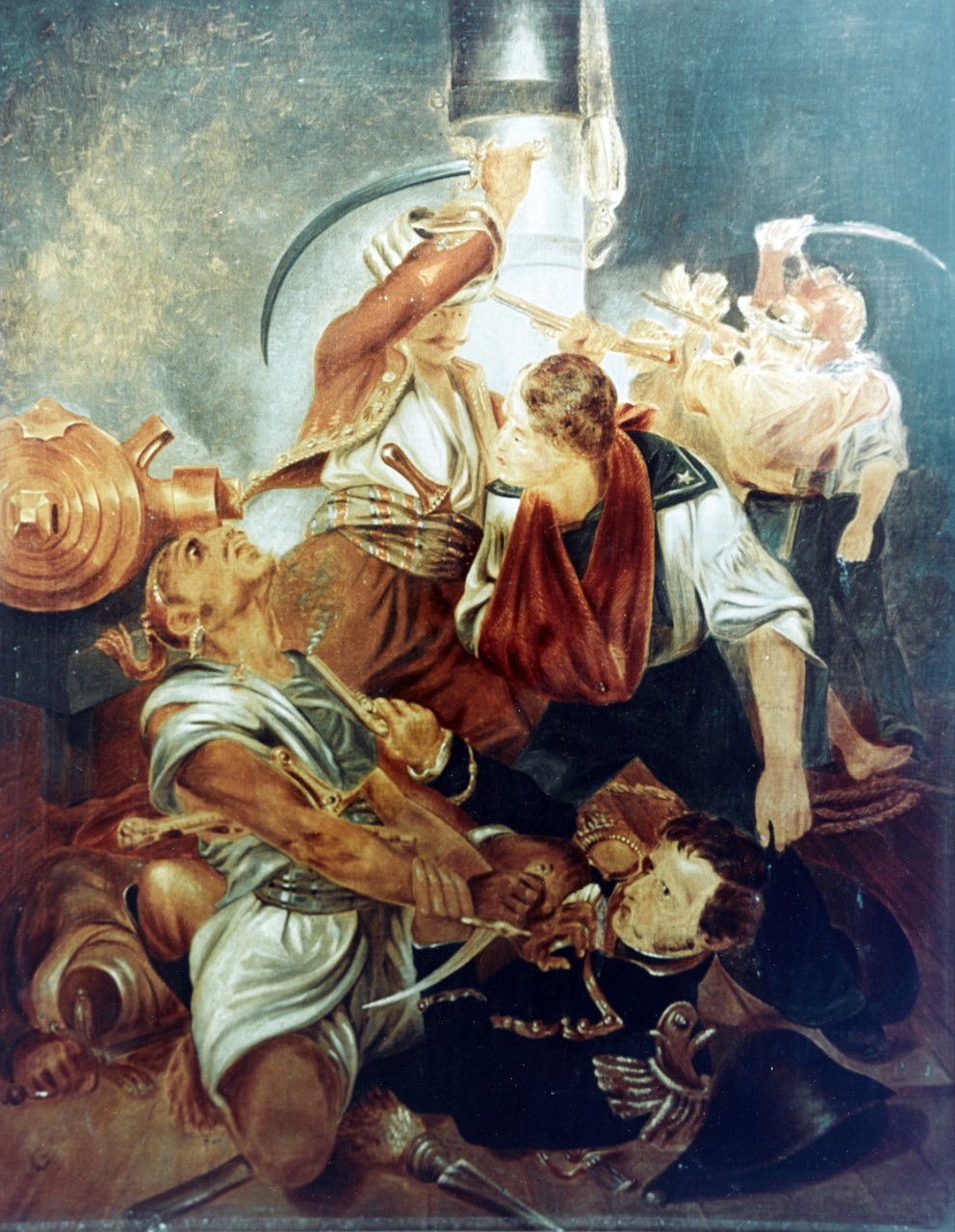