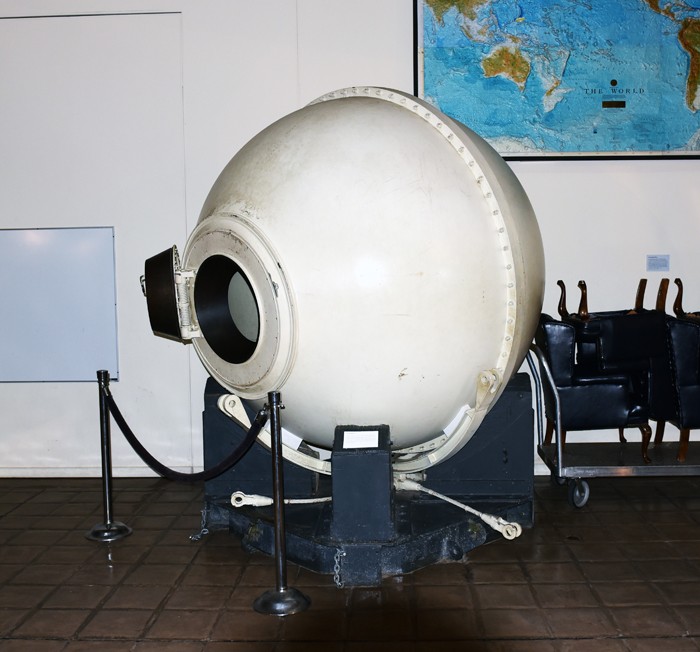 This two-sectioned Terni sphere was originally installed on Trieste.  The French Navy operated Trieste until 1958 when it was purchased by the United States Navy for research purposes. 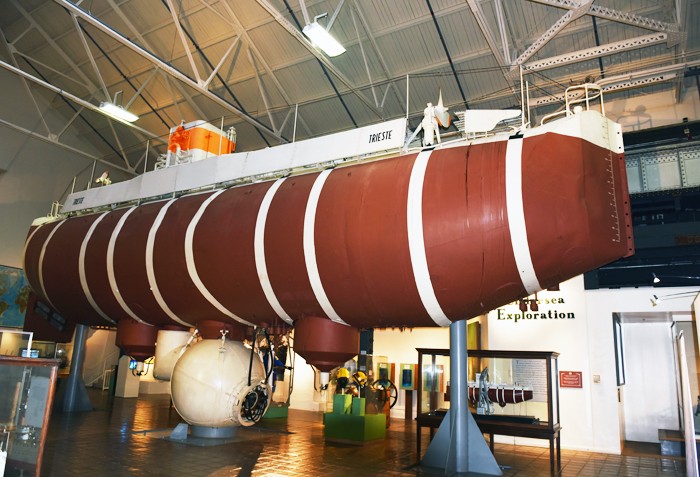 Constructed by Acciaierie Terni and Canteiri dell' Adriatico (United Shipbuilders of the Adriatic), the bathyscaph was launched on August 26, 1953.   The pressurized observation gondola is an encapsulated sphere with a small circular plexiglass viewing window, facing the forward section of the craft.   The gondola exends towards the hatch, with a piece of plexiglass facing the gondola entry.   Included in this section are the access shaft and corresponding ladder.   Pellet ballast silos, known as hoppers, are present fore and aft of the gondola sphere.   From bow to stern, the underside is a maroon color with horizontal differentation changing in white color along the top of the tapered port and starboard sides, indicating the water line.   Ten vertical white stripes are placed in strategic points on the circumference of the vessel.  Trieste's name is marked with black paint at the fore and aft sections of the railing.  The square-off access hatch is at the base and is painted white with a neon orange band.  The tips of the screws, one each located both fore and aft, more commonly known as propellers, are also painted the neon orange color.  Black rubber hoses and tubing connects the gondola to the support systems.  Decommissioned in 1966, the bathyscaph was reclassified in 1971 as DSV-0 (Deep Submergence Vehicle). 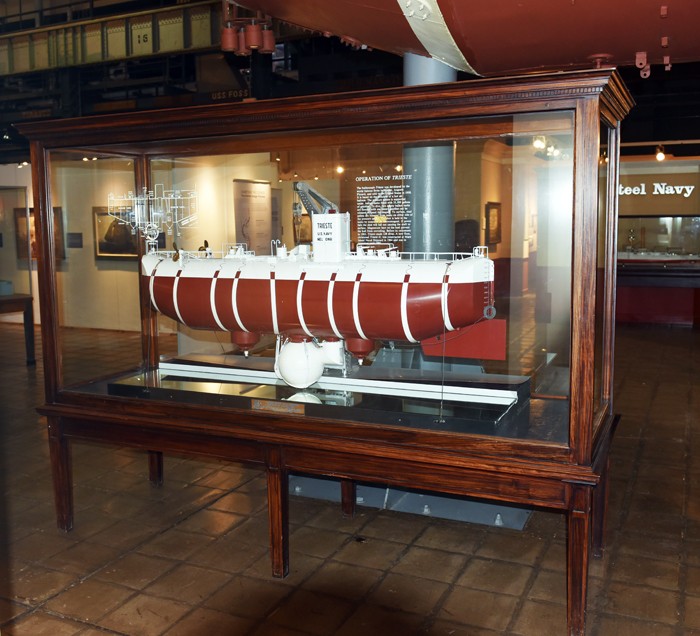 This model of Trieste was constructed by the Navy Electronics Laboratory, San Diego, California, for reference. 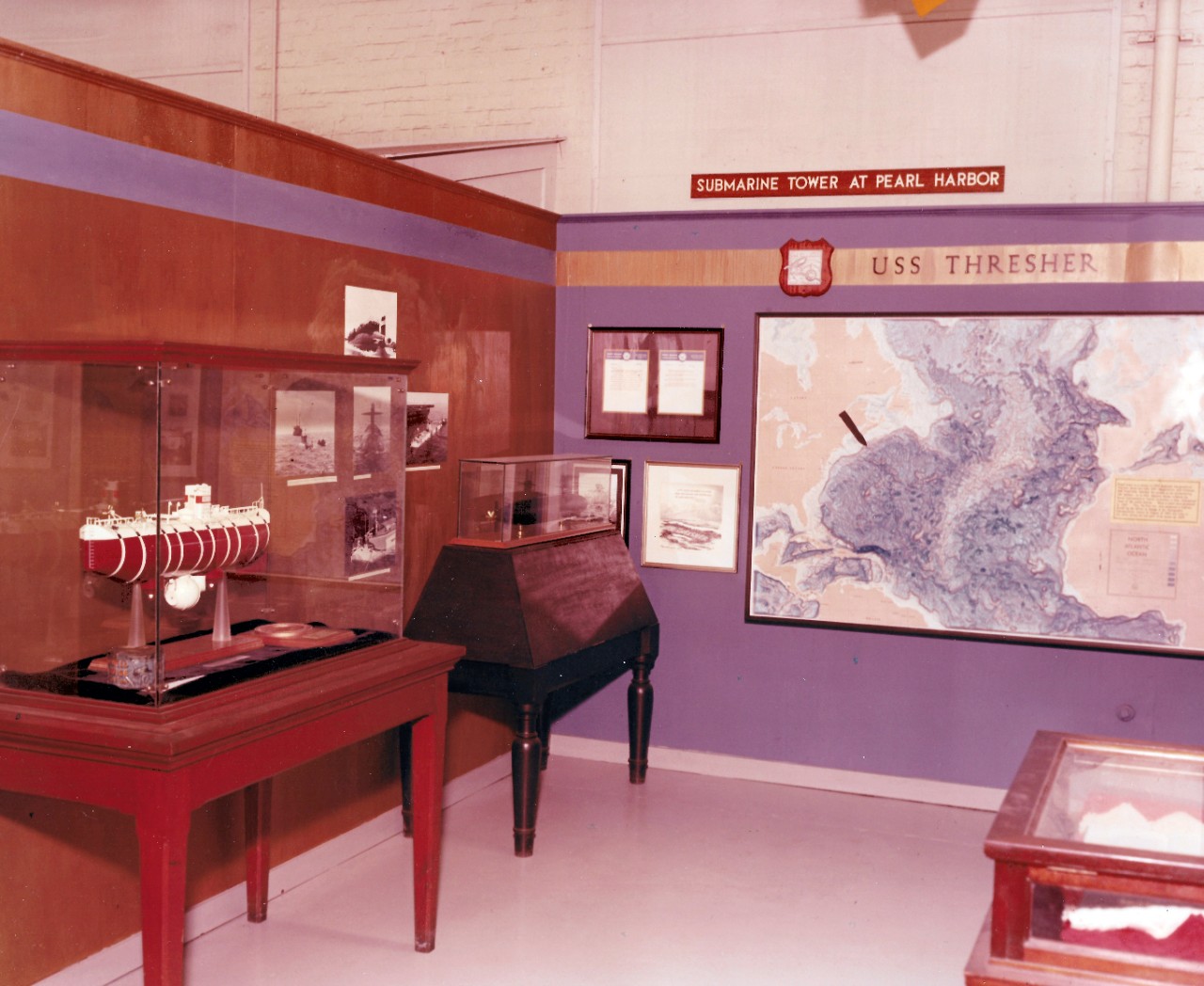 NMUSN-103: Loss of USS Thresher (SSN-593) Exhibit Area, early 1970s. Exhibit area shows a man of the area where Thresher was lost in April 1963, a model of the Bathyscaph Trieste, and a model of Thresher. Along the exhibit wall area are photographs of the nuclear submarine. National Museum of the U.S. Navy Photograph Collection.