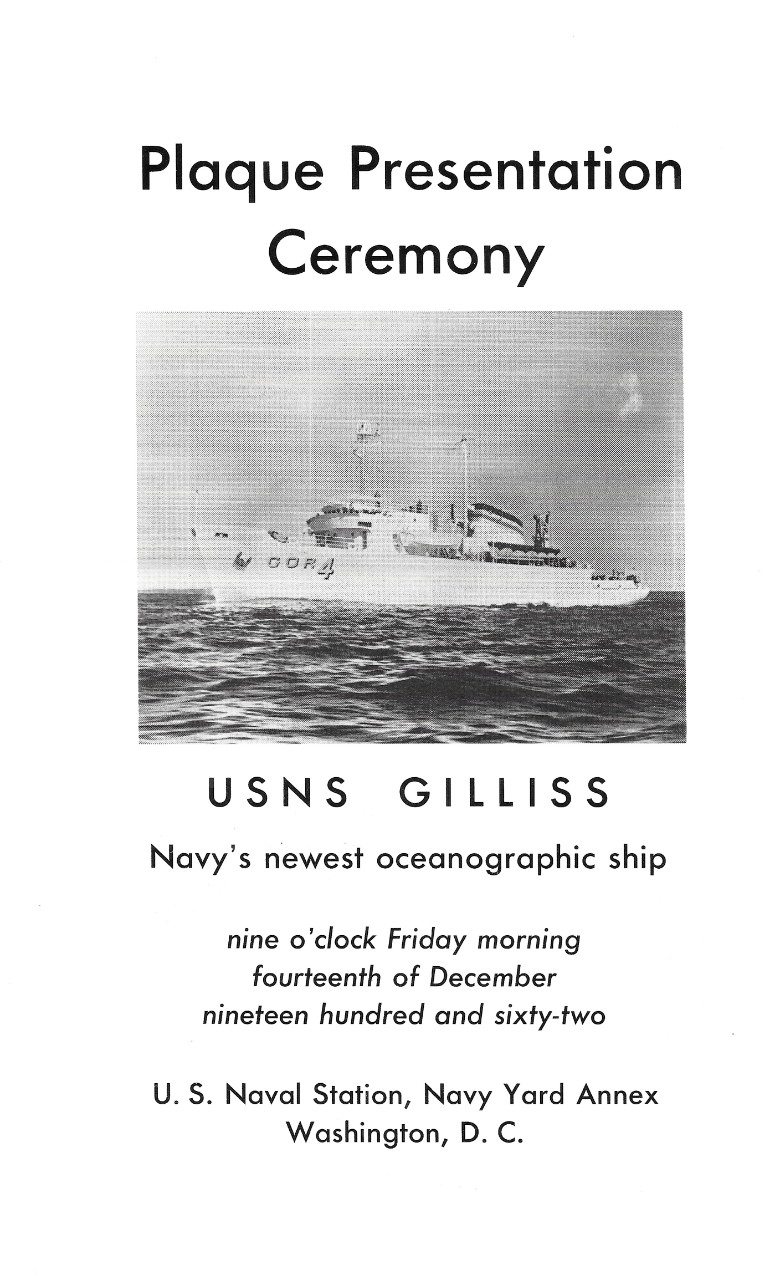 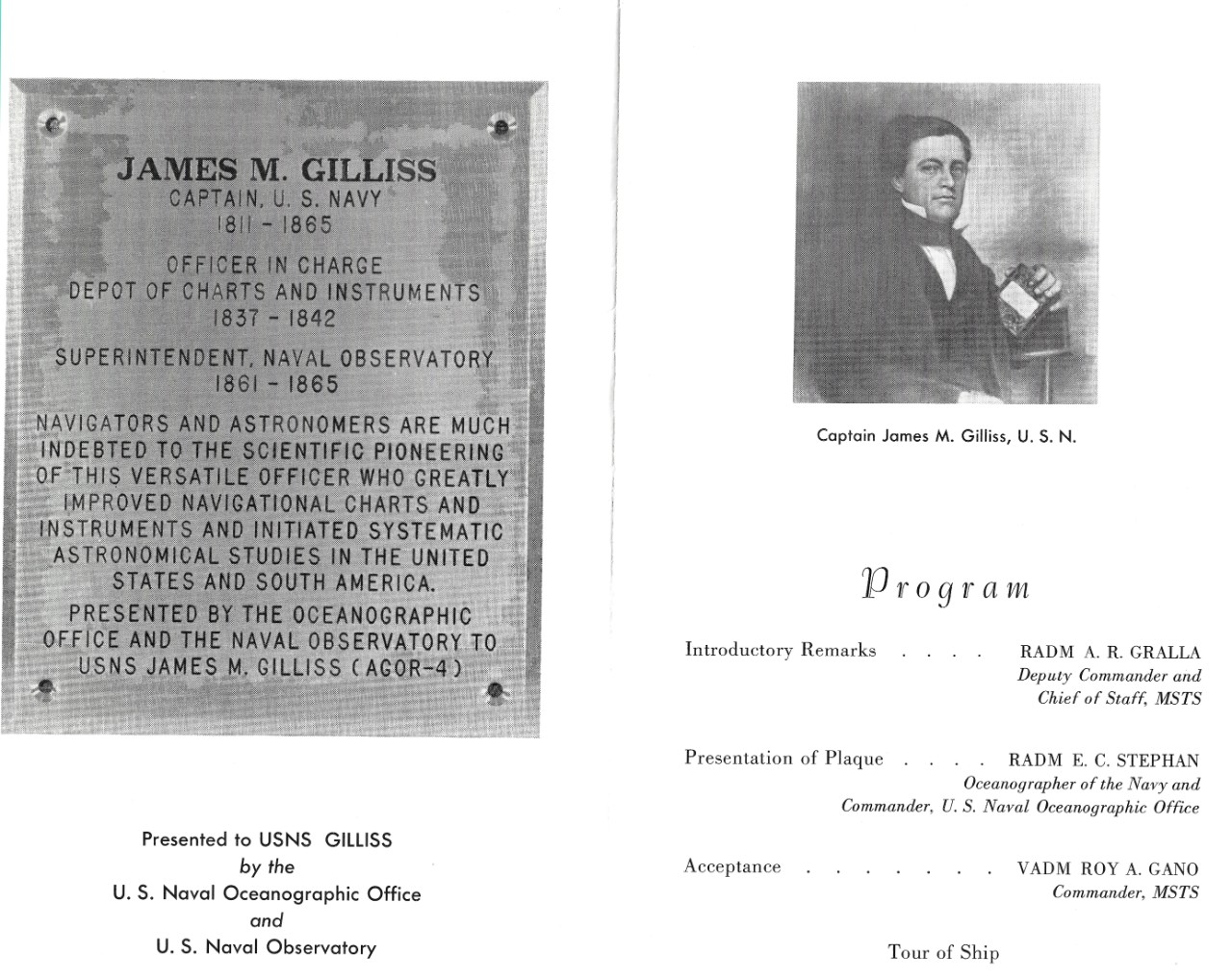 Placed in service in October 1962, the oceanographic research ship, USNS James M. Gilliss (T-AGOR-4) was operated by the Military Sea Transportation Service and was managed by the Naval Oceanographic Office. During her visit to Washington, D.C., she was the first official presentation made at the Naval Historical Display Center (now National Museum of the U.S. Navy), Bldg. 76, at the Washington Navy Yard, Washington, D.C.

James M. Gilliss was the first Navy-operated ship to be built under the 1961 Tenoc plan, which called for an expanded 10 year oceanographic program. The ship’s commanding officer was Captain Torsten Johnson. During her career, she helped search for the submarine, USS Thresher (SSN-593) lost at sea in April 1963.  She mainly operated in the Atlantic Ocean during her career. James M. Gilliss was placed out of service in 1980 and was transferred to Mexico where she served as ARM Altair (BI-04. She is still operational. 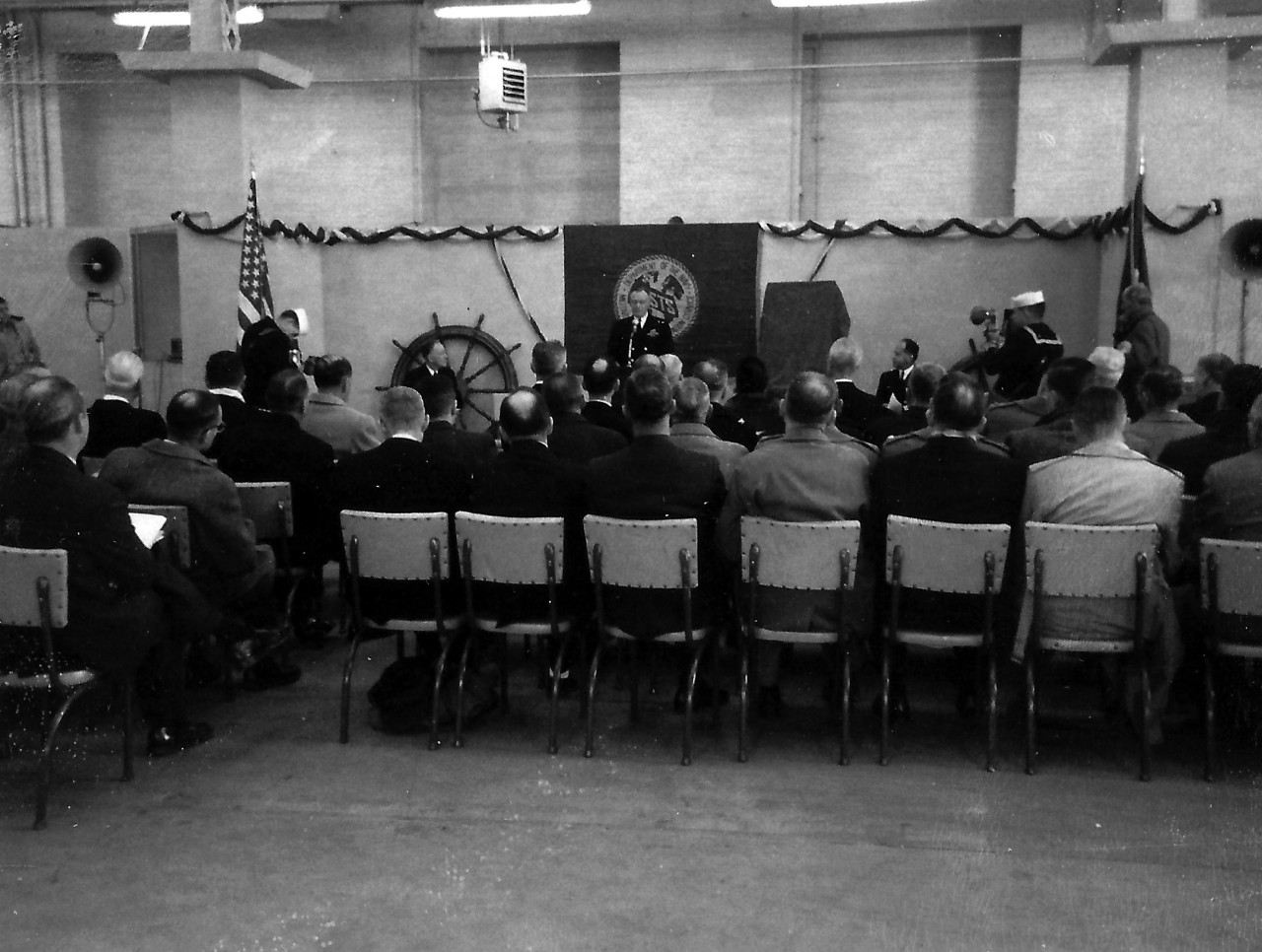 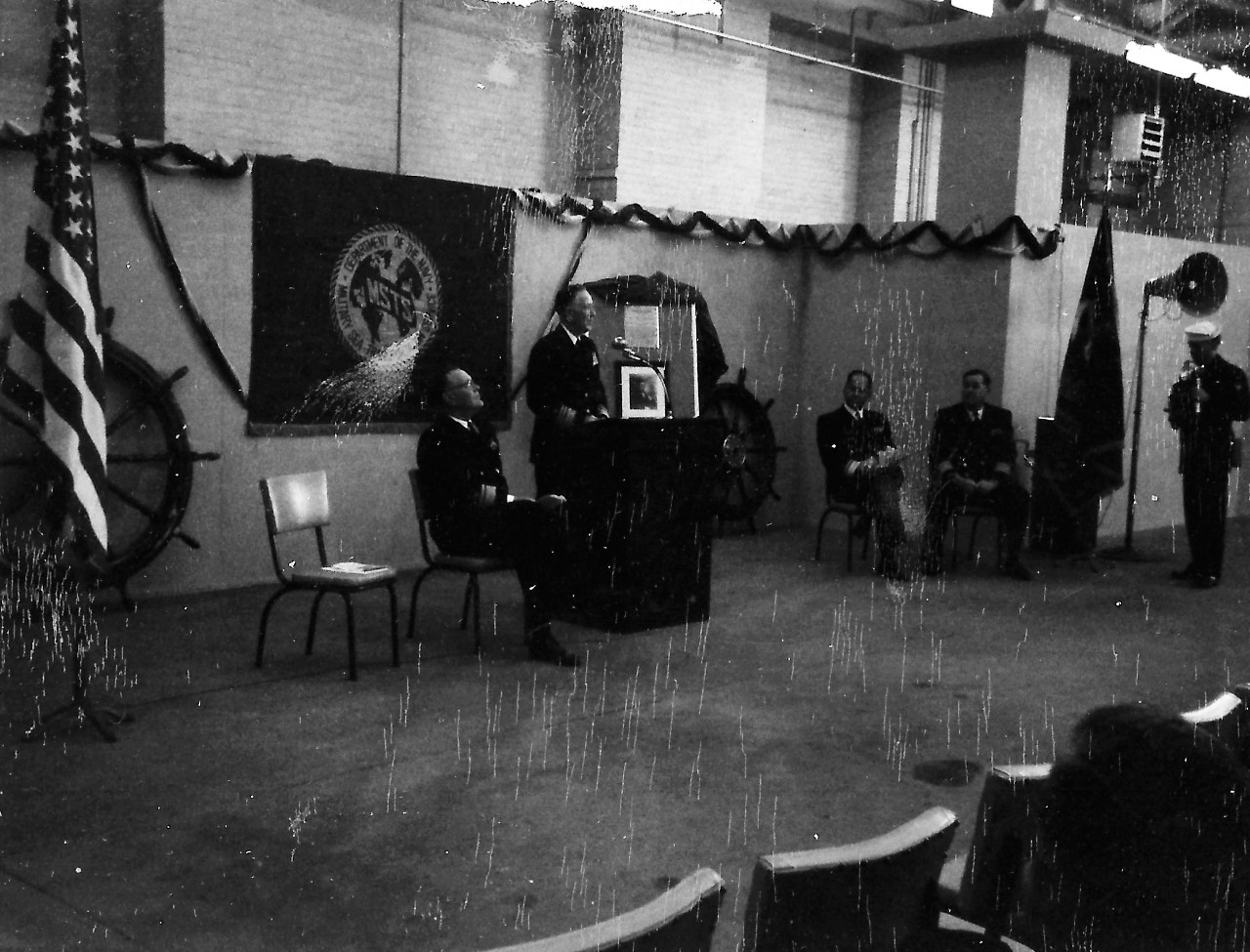 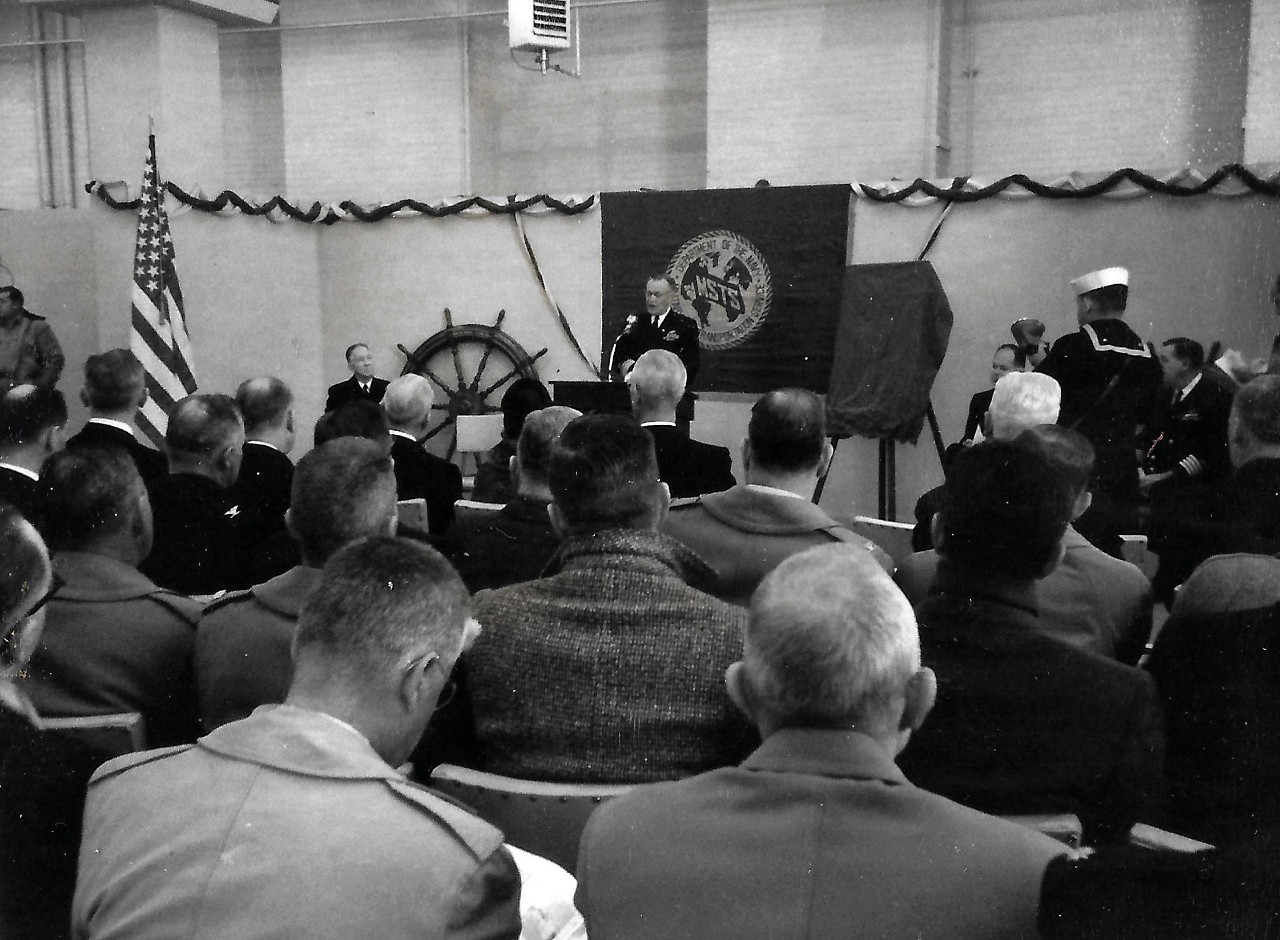 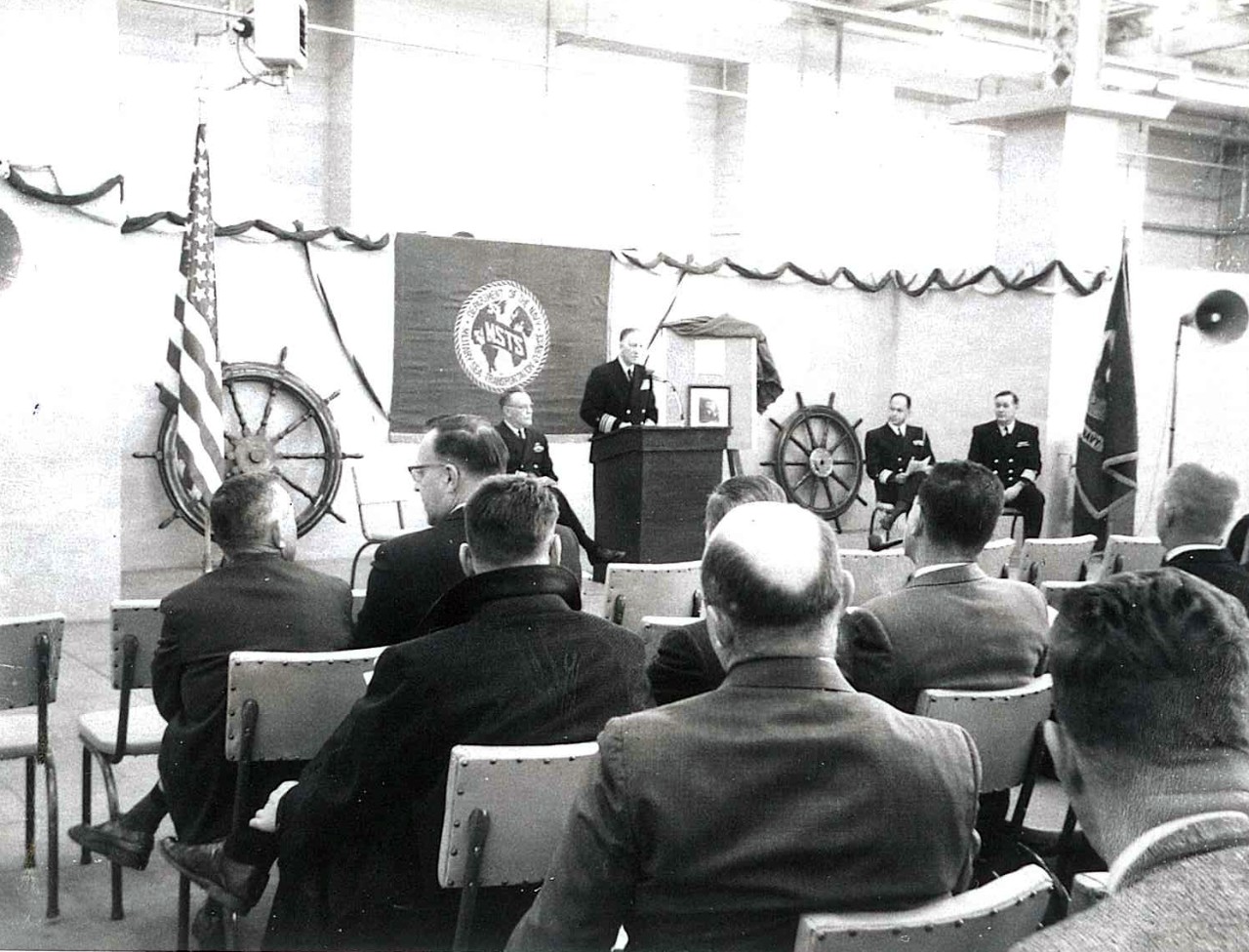 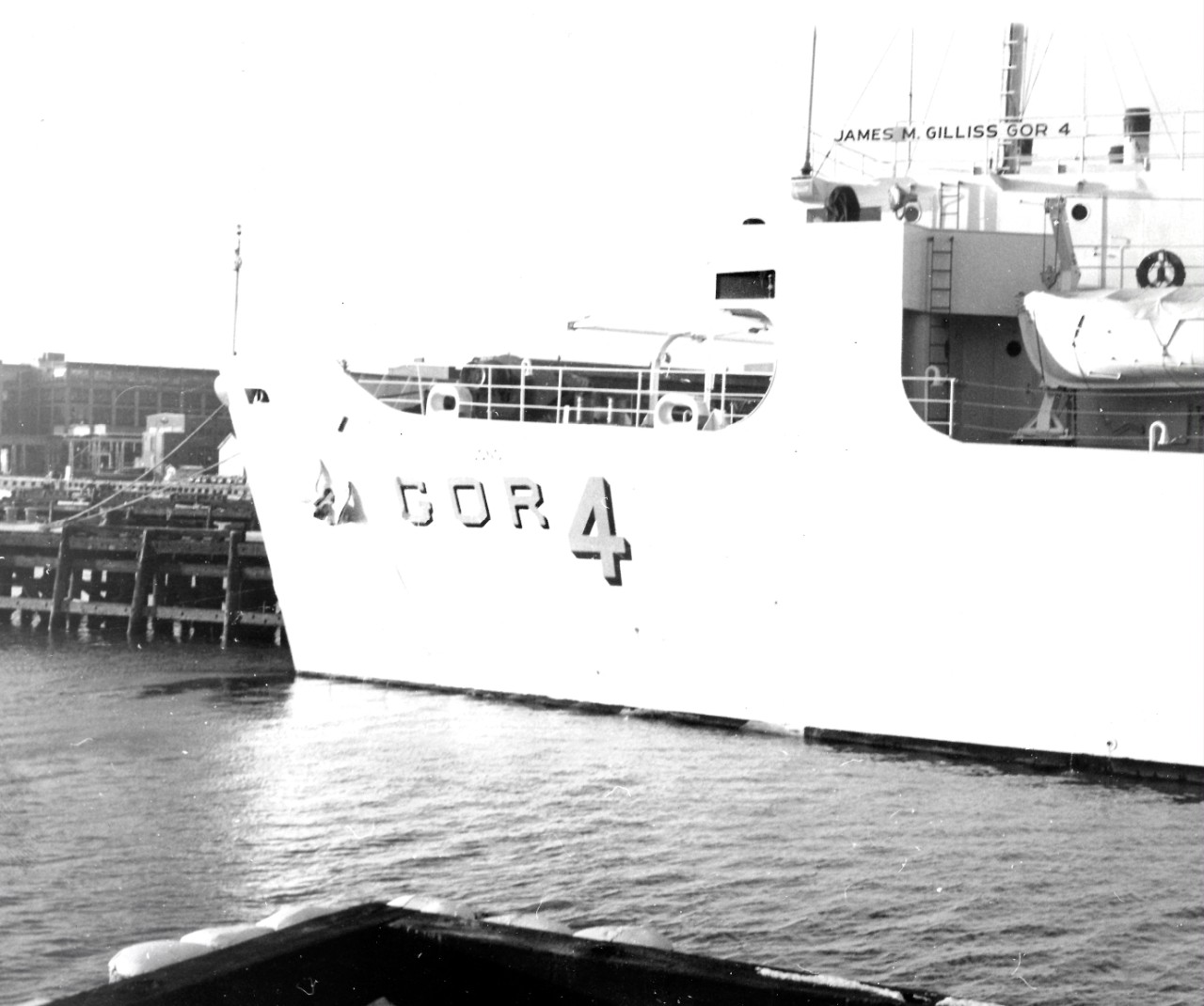 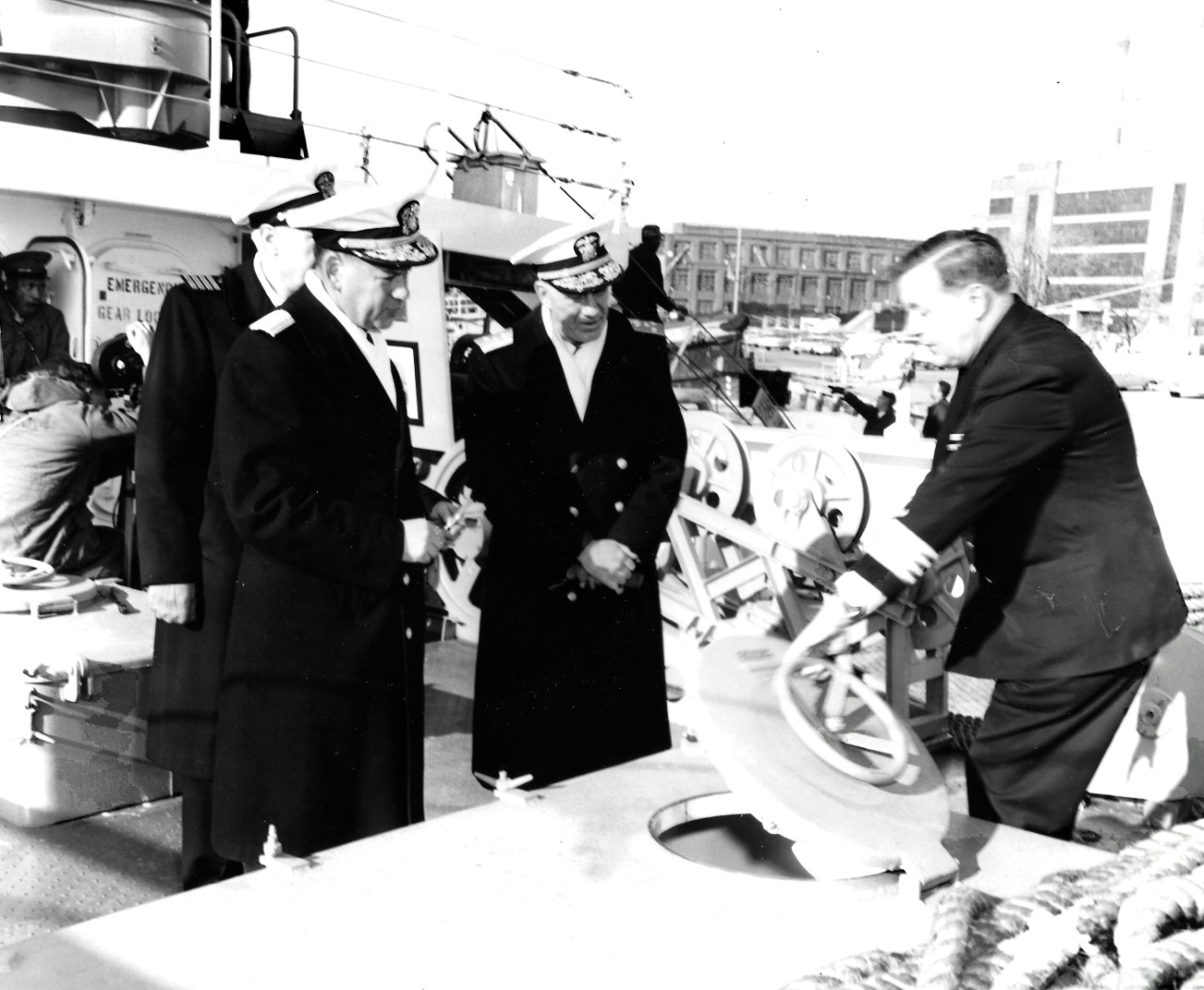 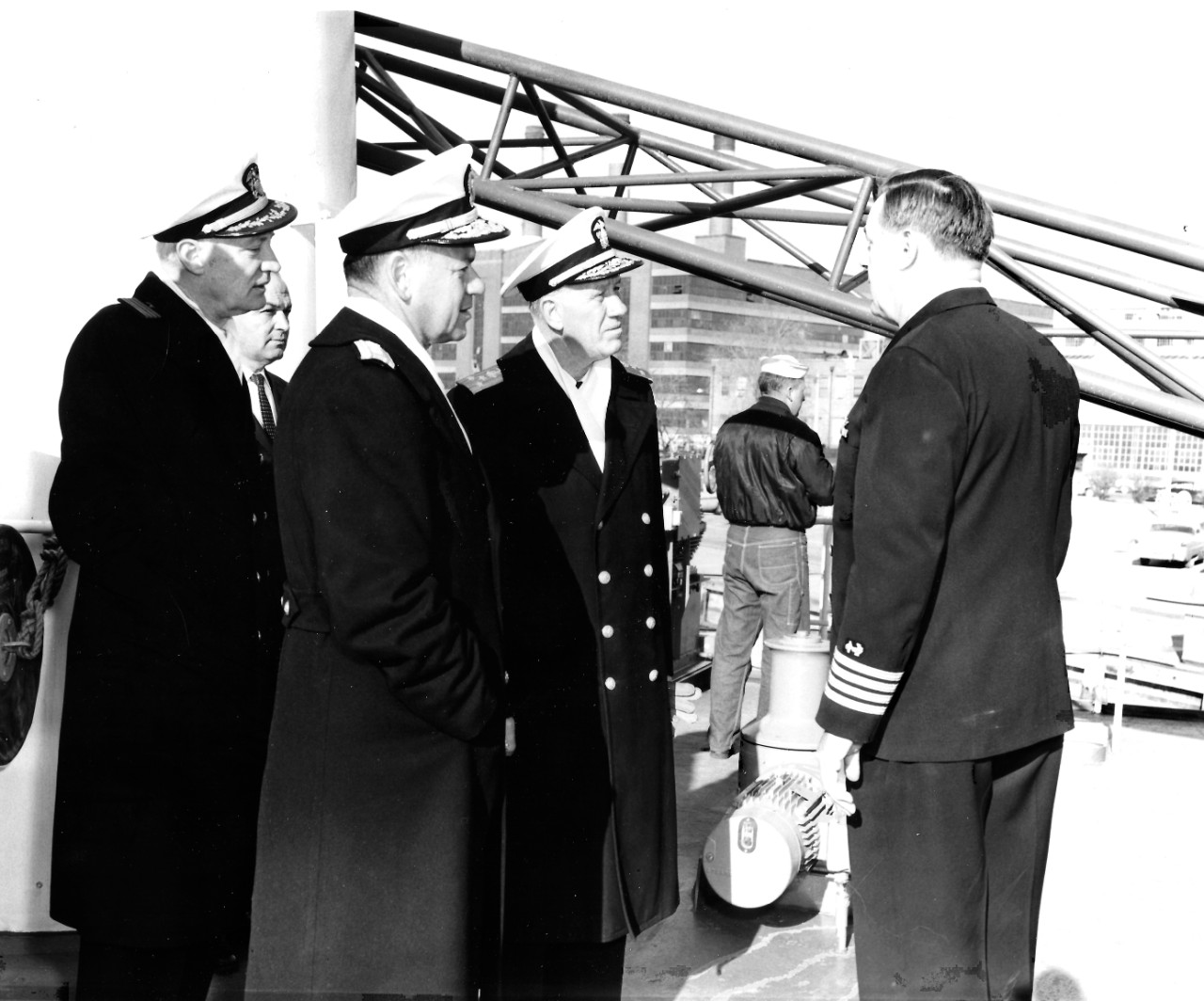 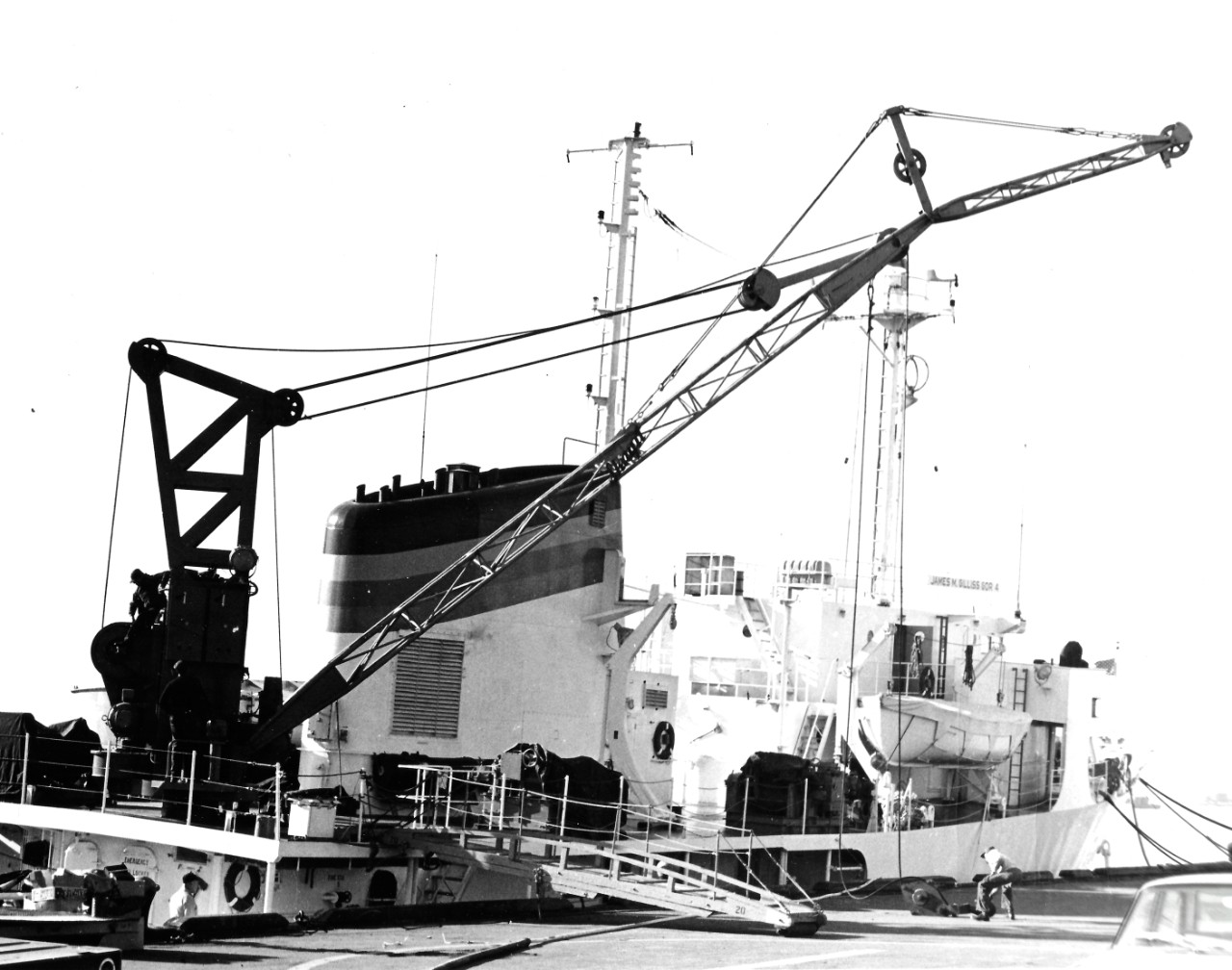