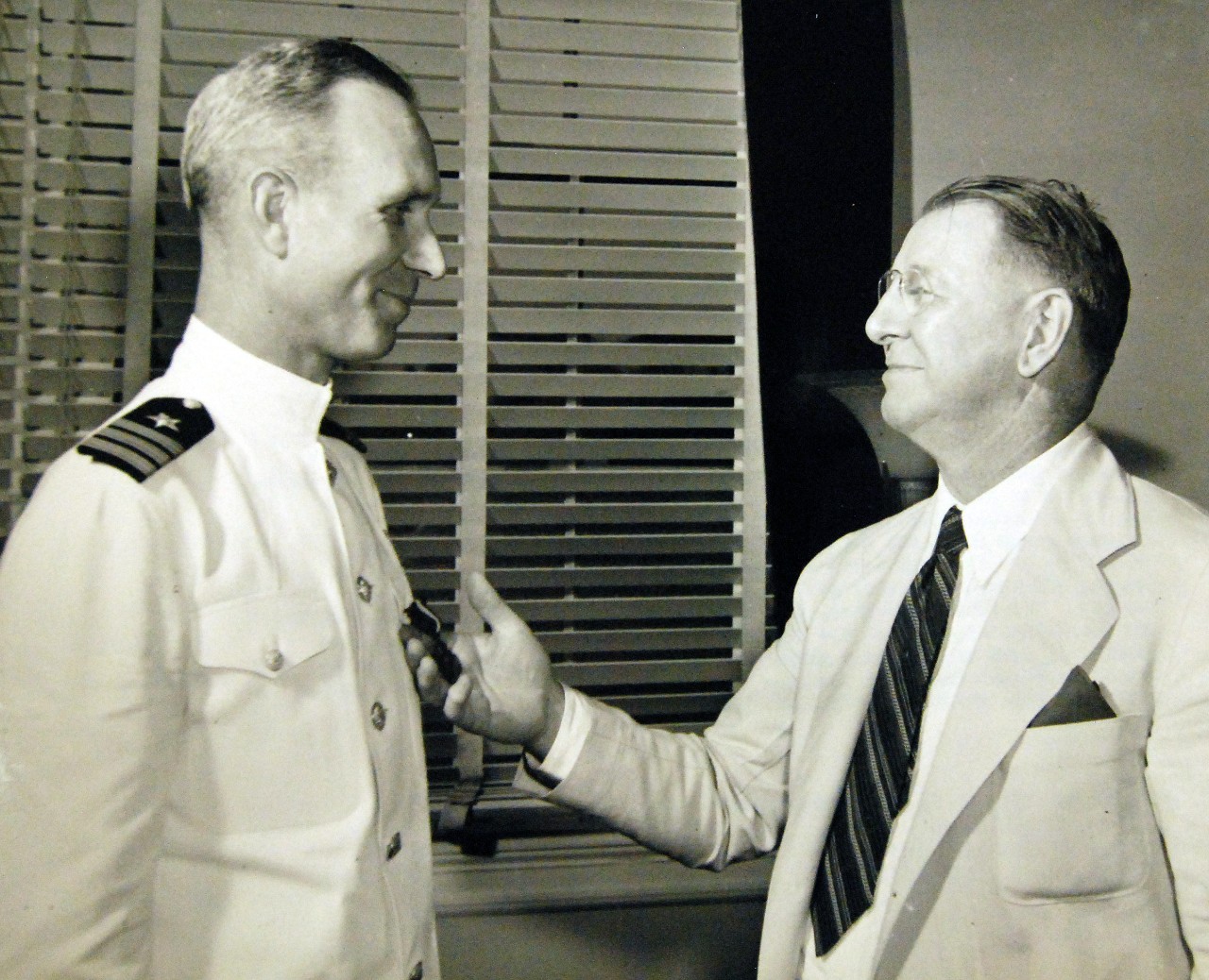 The President of the United States takes pleasure in presenting the Navy Cross to Paul H. Talbot, Commander, U.S. Navy, for especially meritorious conduct, extreme courage and complete disregard for his own personal safety while serving as Commander, Destroyer Squadron Fifty-Nine, in action on the night of 24 -25 January 1942, in delivering a successful attack upon enemy Japanese forces off Balikpapan, Borneo, Netherlands East Indies. When directed to engage a reportedly superior enemy force under cover of darkness, Commander Talbot, by a well-planned and skillfully executed approach, succeeded in leading the force under his command to a favorable position within a large group of enemy vessels. His vessels delivered a daring and persistent attack upon the enemy, resulting in the sinking of five or six ships and the severe damage of others. After it was no longer advisable to continue the attack, Commander Talbot successfully withdrew his forces without loss. The conduct of Commander Talbot throughout this action reflects great credit upon himself, and was in keeping with the highest traditions of the United States Naval Service.