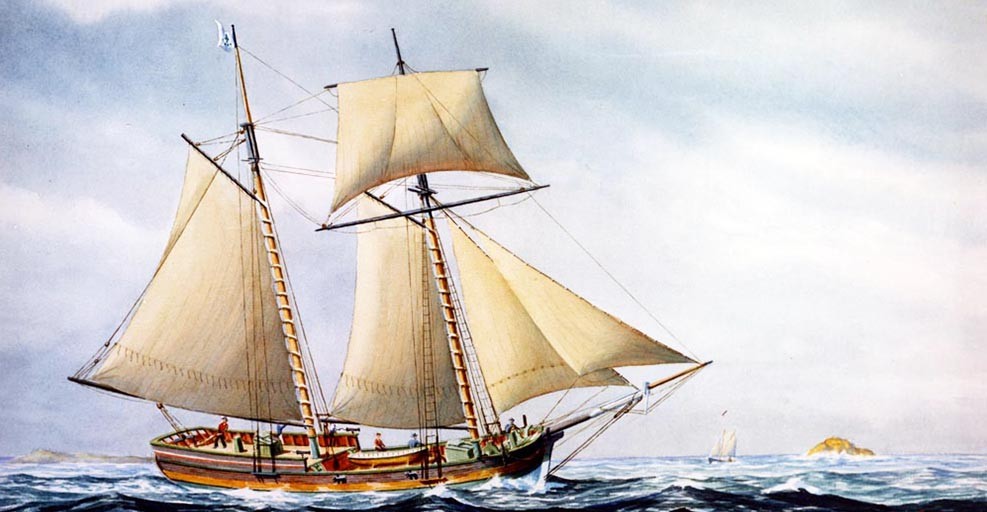 The schooner, Hannah, was the first armed vessel to sail under Continental pay and control.  Acquired on August 24, 1775, her first captain was Nicholson Broughton, a captain in the Army.   She was utilized to aid George Washington in the siege of Boston by capturing provision ships makiing for the harbor from British ports.   On September 7, Hannah captured the Royal Navy sloop Unity with naval stores and provisions.  While sailing on a similar mission, she was run ashore on October 10 by the Royal Navy sloop Nautilus near Beverly.  Saved from destruction and capture, Hannah was soon decommissioned as George Washington found more suitable ships for his cruisers.

A model of Hannah can be found in The American Revolution and the French Alliance section at the National Museum of the U.S. Navy.