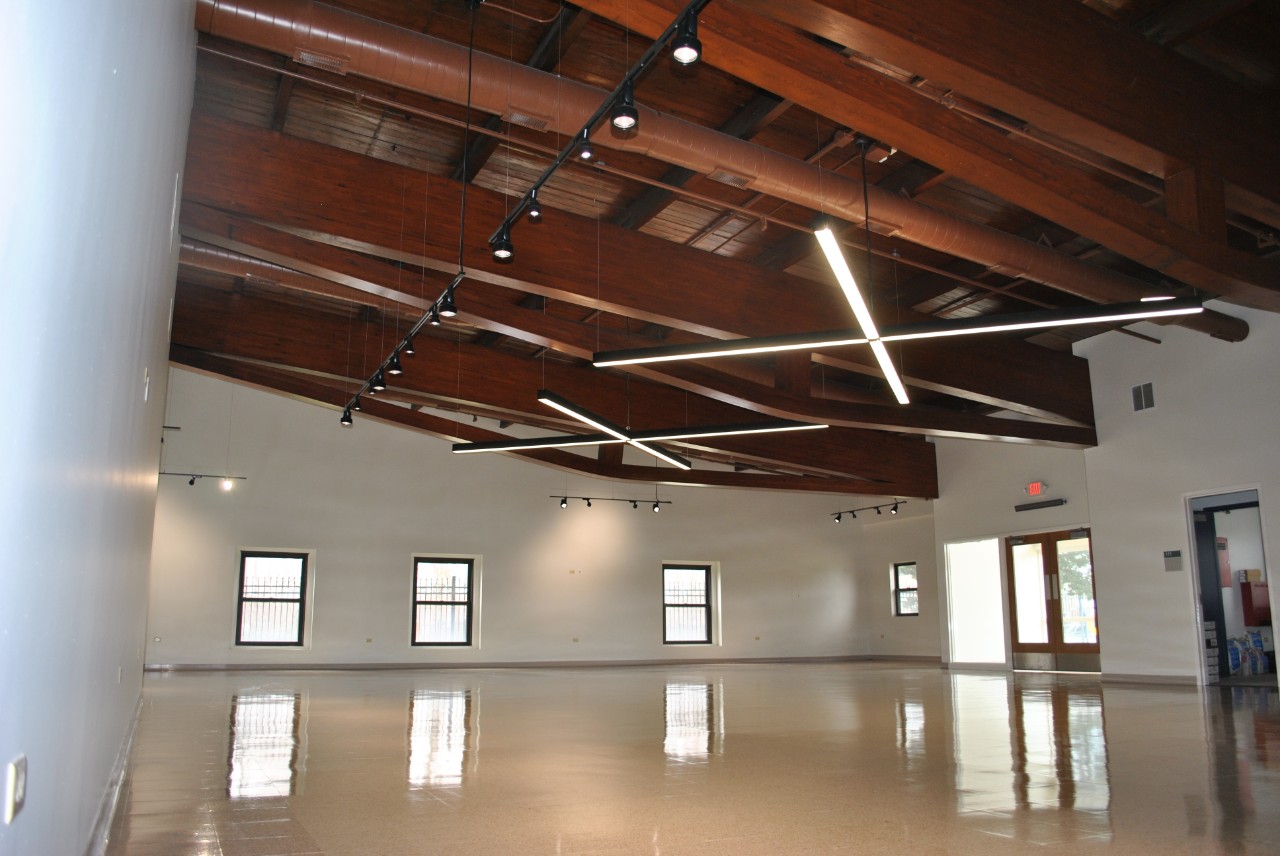 The National Museum of the American Sailor is proud to announce the completion of our new special events space in Building 42, the Hostess House! This expansion project included the demolition of interior office walls in the south end of the first deck of Building 42 and the removal of a drop ceiling which now exposes the facility's original hardwood beams and ceiling. Originally designed by architect Gordon Bunshaft and opened less than a year after the 1941 attack on Pearl Harbor, the Hostess House welcomed almost a million sailors who trained at the Great Lakes Naval Training Center during WWII.  Are you looking for a unique space to host your military ceremony or an event for a military-affiliated group?