Bring the museum to your classroom with the Traveling Sea Chest program! 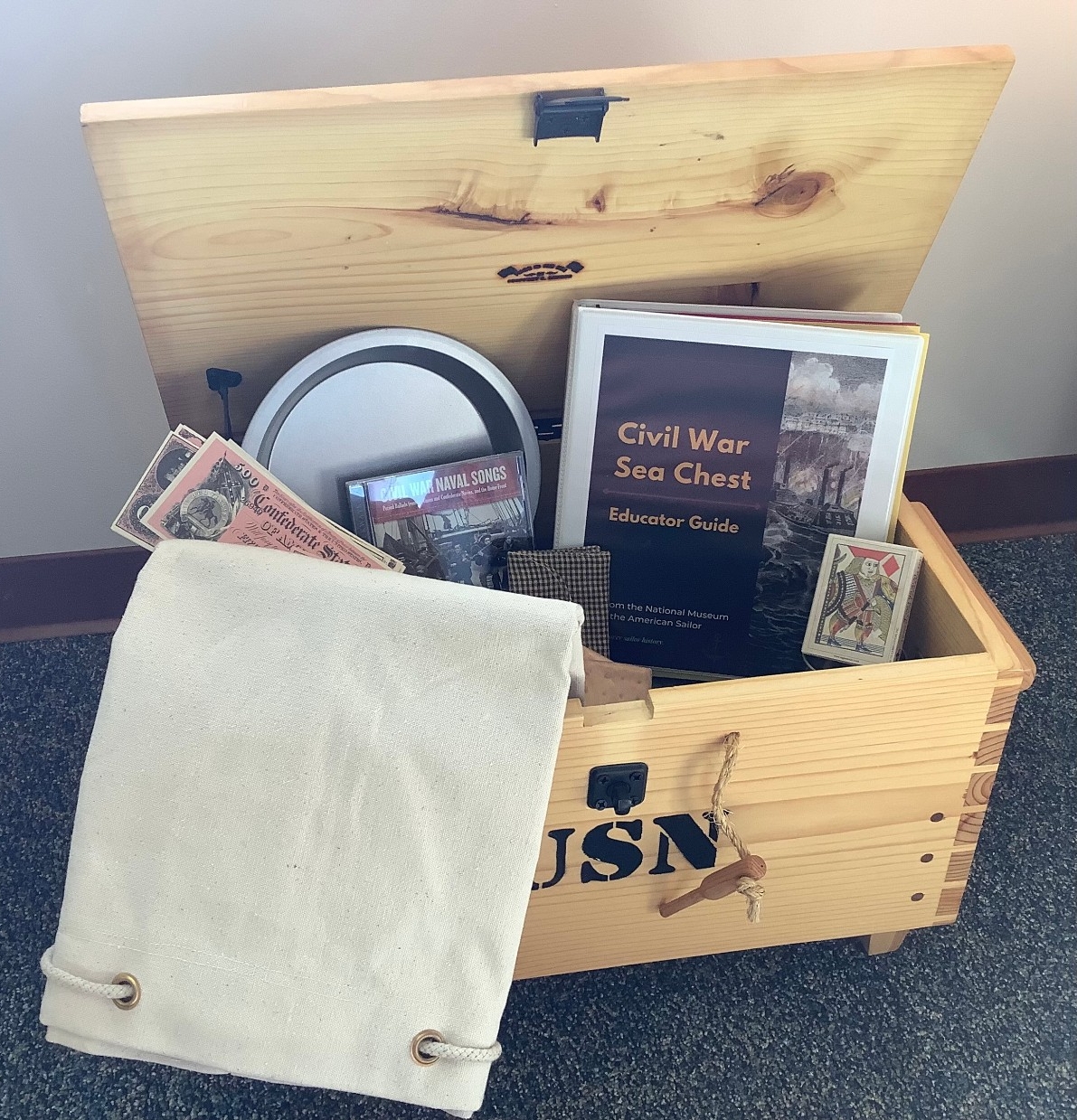 The Traveling Sea Chest program offers a hands-on learning opportunity that teachers can integrate into their own curriculum. Each Sea Chest is filled with artifacts and reproduction items, photographs, and documents. A teacher’s guide is also included with suggested lesson plans, historical fact sheets, and brief descriptions of each object.

All Sea Chests are geared toward students in grades 4-6. The lesson plan materials align with Illinois State Learning Standards.

How to Request a Sea Chest

To reserve a Traveling Sea Chest, please complete and return a completed Sea Chest Request Form. Forms should be submitted to NHHC_NMAS@us.navy.mil.

Download and complete the request form. The museum's education department will be in touch to confirm your reservation.

The United States Navy traces its origins back to the beginning of the American Revolution when a fledgling Continental Navy took on the most powerful Navy in the world. The first American sailors created the Navy from the ground up, fighting scrappy battles, making their own traditions, and telling their own stories. The Revolutionary War Sea Chest introduces students to the Age of Sail Navy through a variety of reproduction artifacts, images, documents, and songs.

Did you know that two American navies played important roles during the American Civil War? The Union Navy was a key element of President Lincoln's Anaconda Plan. Meanwhile the Confederate Navy utilized modern technologies to push the naval warfare to new limits. With the Civil War Sea Chest, students discover a new element of Civil War history, read letters from sailors who were there, and get hands on with tools of early sailors.