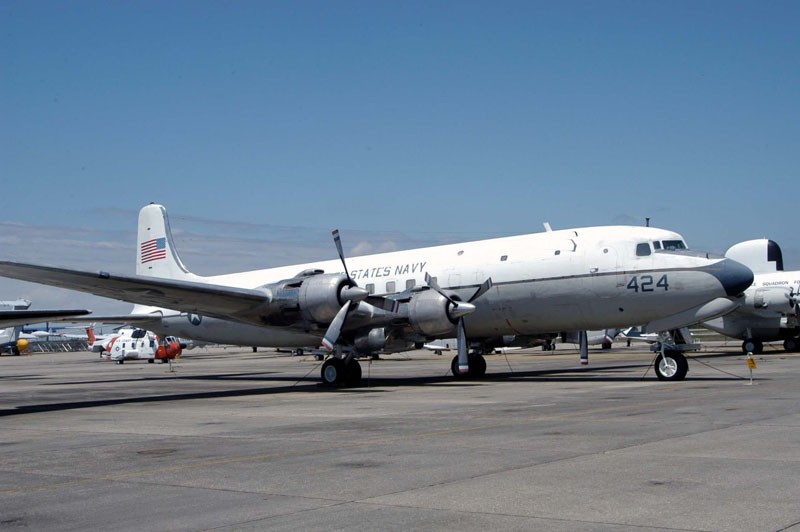 One of the most successful piston-engine aircraft ever flown as a civilian commercial airliner, Douglas Aircraft Company’s DC-6 featured a pressurized cabin that could accommodate more passengers while at the same time flying more efficiently than its predecessors. Thus, it soldiered on well into the jet age in both civilian markings and those of the U.S. military. The first example procured by the U.S. military was the 29th DC-6 off the assembly line. Designated a C-118 and assigned the serial number 46-505, the U.S. Air Force operated the airplane as a transport for President Harry S. Truman, christening it Independence after the capital of his home state of Missouri. Orders for more C-118s followed, with both the Air Force and U.S. Navy (the latter designating the aircraft R6Ds) procuring them for logistics purposes. To this end, they delivered personnel and cargo around the world, including Southeast Asia in support of Vietnam War operations. In Navy service, R6Ds operated into the early 1980s, the airplane on display in the museum spending 32 years in operational service, the majority of it as a flag transport assigned to the Commander in Chief Pacific and Commander in Chief, Pacific Fleet.