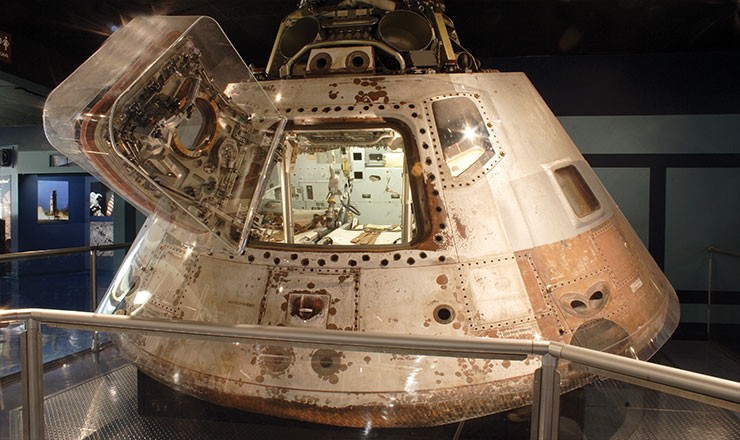 A centerpiece of the Museum's collection of space artifacts is the command module for the Skylab II mission flown by an all-Navy crew (Charles Conrad, Paul Weitz and Joseph Kerwin)  during a 28-day mission to the orbiting Skylab space station in May-June 1973. Skylab II set record for the longest duration manned spacefligh, greatest distance traveled and greatest mass docked in space. The capsule is on loan from the Smithsonian National Air and Space Museum in Washington D.C.