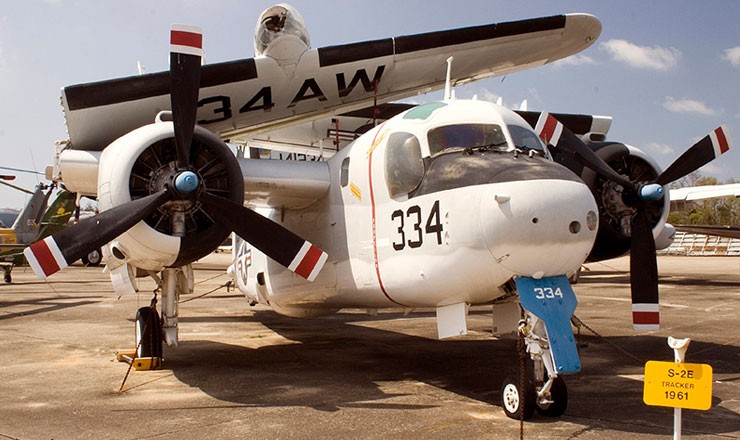 The Grumman S2F Tracker was developed in 1952 to replace hunter/killer aircraft in anti-submarine warfare operations. The Tracker combined the functions of detection and attack into one airframe, and quickly etablished itself as the Navy's front line carrier based ASW aircraft. S2F (later redesignated S-2) Trackers served in this role for over two decades, and the airframe served as the basis for the C-1 Trader utility aircraft and E-1 Tracer airborne early warning aircraft.