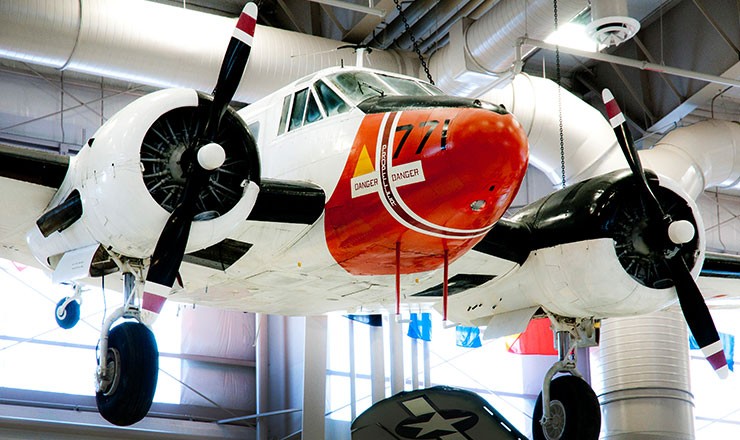 Ordered by the Navy in 1940 for use as an aerial photography platform, the Beech 18 eventually served in a variety of other roles, from administrative and logistic support to training. In the latter capacity, the versatile aircraft carried everything from cameras to sophisticated radar and jamming equipment in training aerial photographers and Naval Flight Officers. Many a Naval Aviator not assigned to an operational squadron relied on the "Bugsmasher," as it was affectionately called, to maintain flying proficiency.

With a service life that spanned multiple years, the aircraft was known by a variety of designations and nicknames, including Navigator, Expeditor, and Kansan. In 1962, with the decision to standardize all military aircraft designations, all SNB/JRB aircraft were redesignated C-45s.