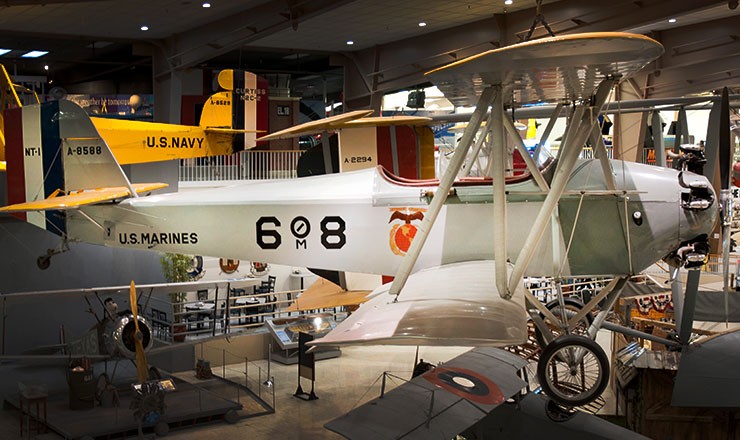 Purchased by the Navy in 1930 and designated NT-1, New Standard's D-29 trainer was altered to conform to Navy specifications to serve as a primary trainer. Only six were purchased. The Coast Guard also operated two NT-2s, aircraft similar to, but not derived from the NT-1, and equipped with more powerful engines. Pressed into service by the Coast Guard, the two aircraft had been seized from smugglers.

The New Standard Aircraft Company's D-29 was designed as a simple, rugged trainer. In 1930, the Navy purchased six of the aircraft after they had been configured to Navy specifications. The aircraft was designated NT-1. The fuselage was constructed around Duraluminum members riveted and bolted together, and spruce spars and plywood ribs were used in the wings.

Originally configured with a single cockpit, with student and instructor in tandem, high drag and pilot discomfort dictated reconfiguration to the more common two cockpit arrangement. The aircraft were assigned to Naval Air Station (NAS) Pensacola as trainers and to the Marines at Quantico, Virginia. They served for a comparatively short time, some described as "worn out in service," the last of the aircraft retired in 1937. In 1935, the Coast Guard acquired two similar aircraft, D-25As, seized from smugglers. Designated NT-2s they operated for several years. The New Standard Aircraft Company, however, went bankrupt in 1931.