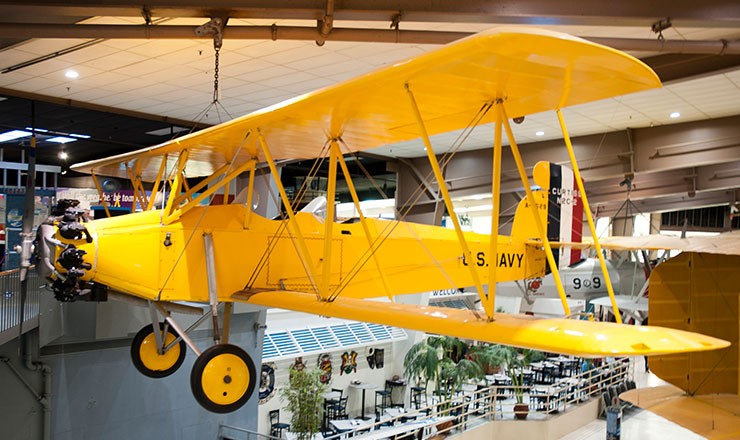 The winner of a 1928 competition for a new trainer, the Curtiss XN2C-1 differed from its civilian counterpart, the Model 51, in that it featured a more powerful Wright Whirlwind R-760-94 engine of 220 hp. The Navy ordered 31 N2C-1s and 20 N2C-2 versions of the airplane. Though trainers, they were not assigned to Naval Air Station (NAS) Pensacola, but instead were operated by Naval Reserve units around the country. By the late 1930s, surviving N2Cs were modified with tricycle landing gear and turned into radio-controlled drones used as targets for anti-aircraft gunners.

In 1928 Curtiss' XN2C-1 Fledgling trainer was evaluated by the Navy and won the competition for a new primary trainer. The original design was powered by the 165 horsepower Curtiss Challenger engine, but in ordering 31 of the aircraft, the Navy specified the 220 horsepower Wright Whirlwind engine in 30 of the aircraft, leaving one aircraft, the only one in naval service, to be powered by the unique Challenger engine that featured twin rows of six cylinders each.

In total, 51 of the aircraft were purchased by the Navy; 20 N2C-2s in addition to the original 31 N2C-1s. The Fledglings spent most of their service lives assigned to Naval Reserve training bases throughout the country. By the late 1930s, the surviving aircraft were modified with tricycle landing gear and equipped for radio control, serving as anti-aircraft artillery targets. One drone was used to execute an attack on a target ship, a precursor of today's anti-ship missiles.