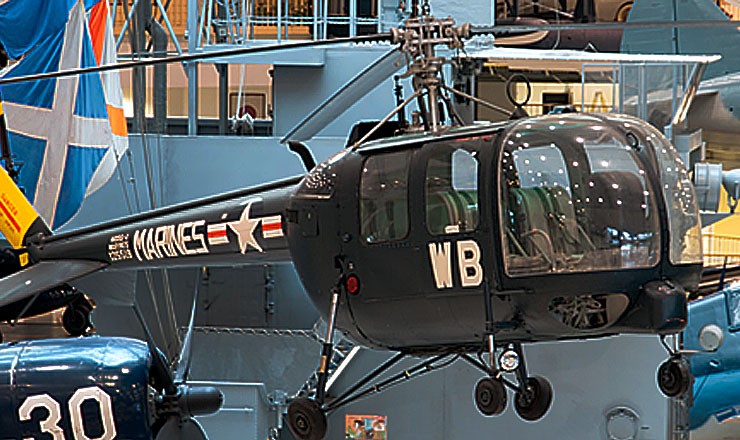 Derived from the 1940s-era Sikorsky S-52, the HO5S was the first helicopter with all-metal rotor blades. Originally a two-seat design, the helicopter incorporated four seats in its military configuration and saw use primarily with the Marine Corps during the Korean War as an observation aircraft or for day and night evacuation of personnel.

In a 1951 TIME magazine article titled "The Triumph of the Egg Beater," the correspondent pointed to the Sikorsky YH-18 as an example of the advancement in helicopter design and production. The YH-18 was the Army version of the Sikorsky S-52 (designated HO5S by the Navy), of which 87 were procured for use by the Navy, Marine Corps and Coast Guard.

Despite the fact that in the hands of a Sikorsky test pilot the S-52 had established a world helicopter speed record of 129.5 mph, once in service military pilots found the type's speed deficient when it came to the missions it was tasked to perform, its small cabin size and relatively limited range also working against it. Thus, the HO5S never achieved widespread use, instead being gradually phased out in favor of the more advanced designs that followed it. In an interesting side note, however, the design provided a basis for conversion to turbine power, with Sikorsky modifying two of the Army's YH-18s to XH-39s that incorporated four rotor blades and retractable tricycle landing gear as well as turbine power. The XH-39 was ultimately rejected, however, in favor of Bell Helicopter's famed "Huey."