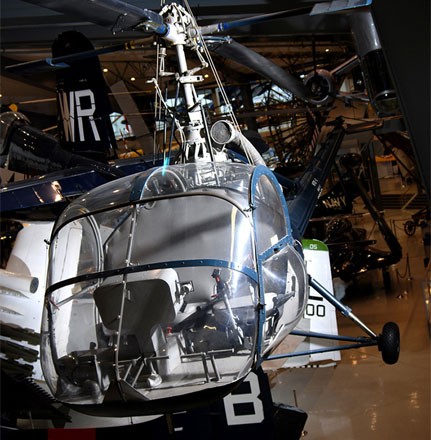 In 1949 the Hiller Aircraft Corporation produced the two-seat, two-bladed HTE, employing a new control system design called Rotor-Matic Control which made it easy to handle as well as providing a high degree of stability. The HTE's success came instantly and by 1950 it had become the largest selling helicopter in the world. During the Korean War the Navy ordered a number of HTE-1s, the most powerful light utility helicopter at that time, for use in medical evacuation, observation and utility.