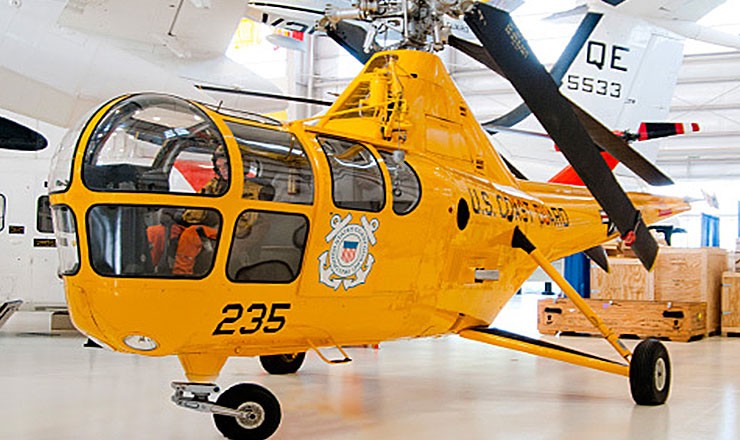 Initially used primarily as a utility aircraft, the HO3S became the first helicopter employed in plane guard duty on board aircraft carriers, standing by to recover pilots forced to ditch during flight operations. Lieutenant Junior Grade John Koelsch, who volunteered for a rescue behind enemy lines during the Korean War and subsequently died in captivity as a prisoner of war, flew the HO3S. He was the first helicopter pilot to receive the Medal of Honor.

In 1946 the Navy ordered four civilian S-51s (subsequently designated HO3S in naval service) for use in Operation Highjump, the first postwar Antarctic expedition, where they proved the versatility and capability of that type helicopter. Fitted with folding blades for shipboard stowage and an externally mounted hoist, HO3Ss were operational aboard ship by 1948, replacing SC-1 floatplanes on cruisers, the first rotary-wing aircraft to replace a fixed-wing platform in Naval Aviation.

Initially, the HO3S operated primarily in the utility role, with early use as a plane guard for carrier operations. With the outbreak of war in Korea in June 1950, the aircraft assumed a new role as a combat rescue helicopter. Navy and Marine HO3Ss undertook the rescue of downed aircrew and the medical evacuation of injured ground personnel. Among the pilots who flew the HO3S was Lieutenant Junior Grade John Koelsch, the first helicopter pilot to receive the Medal of Honor.

The Museum's example, an HO3S-1G version of the aircraft, was accepted by the U.S. Coast Guard in February 1950. Operating from Coast Guard Air Station (CGAS) Salem, Massachusetts in 1951, it was involved in a heroic rescue of an Air Force pilot from the Atlantic. When attempts to use the rescue sling failed, the pilot water landed the helicopter, which was equipped with flotation gear. His crewman then dove into the water and pulled the pilot to safety.