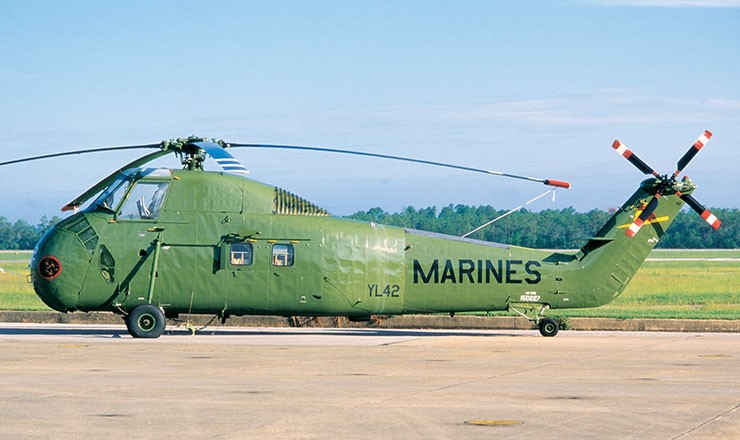 When procured during the Korean War, the HSS (later redesignated SH-34) represented a major advancement over its predecessors with accommodations for up to 18 passengers and a range of 182 miles, which could be extended to 247 miles with a reserve tank. The HSS/SH-34 Seabat could carry an array of sonar equipment as well as homing torpedoes, and operated in hunter-killer teams in which one helicopter was devoted to tracking a submarine contact and the other's mission was attacking it. The transport version of the helicopter, the HUS (later redesignated UH-34) Seahorse carried double the number of troops as its predecessor in medium transport helicopter squadrons. The Marine Corps procured over 600 examples of this version of the H-34, which served as the primary airlift platform for the service's heliborne assault operations during the early years of the Vietnam War.