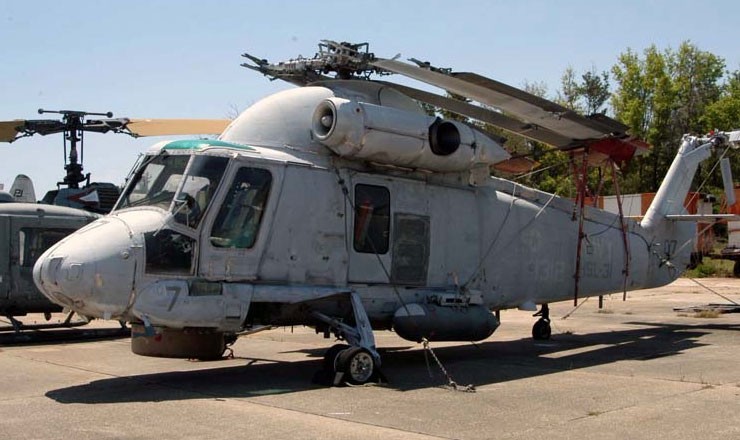 First flown in July 1959 and delivered to fleet squadrons beginning in 1962, the H-2 Seasprite provided the Navy with an all-weather helicopter capable of performing a variety of missions. First assigned to aircraft carriers to perform plane guard duties, the intensification of the air war in Vietnam pressed the Seasprite into service flying combat search and rescue missions. During one such mission on 19 June 1968, Lieutenant Junior Grade Clyde E. Lassen and his crew performed a daring night rescue of two downed aviators under fire for which he received the Medal of Honor. In 1970, the Navy adopted a further variant of the Seasprite to meet the interim requirement for the Light Airborne Multi-purpose System (LAMPS), which provided over-the-horizon search and strike capability for anti-submarine destroyers.