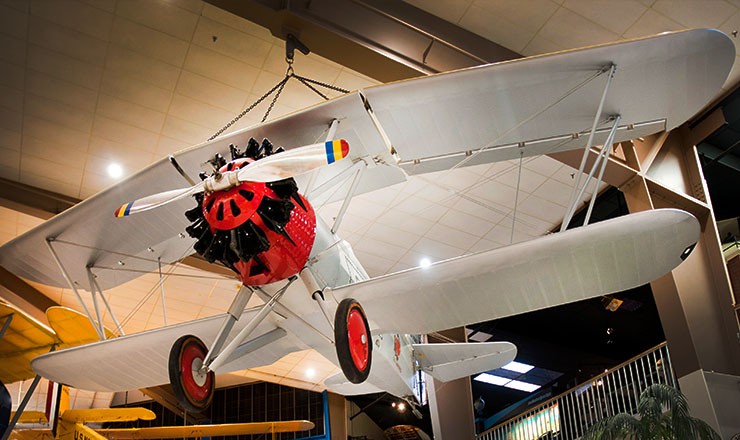 Designed from the outset as a carrier-based fighter, ironically, the F7C-1 never saw the deck of a ship, serving instead with the Marine Corps in Fighting Squadron (VF) 5M, later re-designated as VF-9M. The squadron gained fame with its flying exhibitions around the country, for which the maneuverable Seahawk was well suited. The appearance of the F7C-1 in December 1928 also marked the end of liquid-cooled engines in naval aircraft, the Navy opting for the air-cooled radial.

Designed at the outset as a carrier-based fighter rather than a modified land-based type, the XF7C-1 first flew in February 1927. The aircraft was powered by a 450 horsepower Pratt & Whitney R-1340-B Wasp, marking the beginning of the transition to air-cooled engines in Naval Aviation. With reliability a top priority for carrier-based aircraft, the Navy determined that the air-cooled radial, not requiring a liquid cooling system, was more reliable and maintenance was much easier in the tight confines of a carrier's hangar bay. Across the front of the engine a pilot controlled a series of shutters, forerunners of cowl flaps, to aid in maintaining optimum engine temperatures.

The Navy ordered 17 of the new aircraft and deliveries were completed between December 1928 and January 1929. Ironically, though designed for carrier deployment, these aircraft never saw a carrier deck. Instead, they were assigned to the Marine Corps' VF-5M—later re-designated VF-9M—and the squadron gained fame with its flying demonstrations around the country. A floatplane, with a single centerline float and outriggers, was also tested.