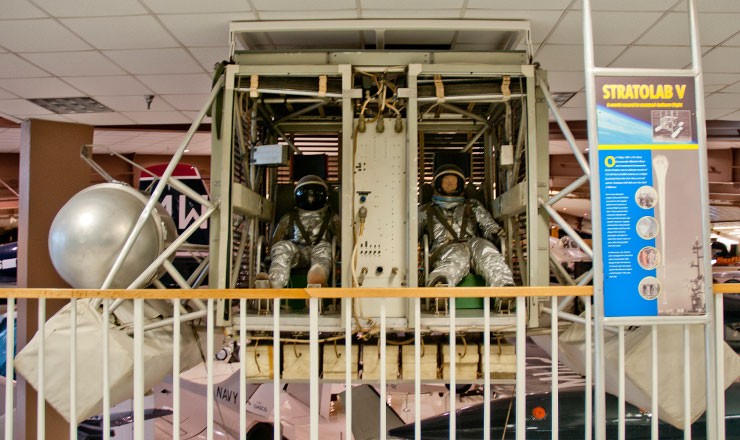 On 4 May 1961, Commander Malcolm Ross and Lieutenant Commander Victor Prather set an altitude record of 113,740 feet on a flight launched from the aircraft carrier USS Antietam (CVS-36). Ross and Prather ascended in the largest balloon ever used on a manned flight up to that time. They reached their maximum altitude two hours and 36 minutes after takeoff. Tragedy marred their achievement, however, when Prather fell from the sling of the recovery helicopter and died on board the carrier after being pulled from the water. Furthermore, the mission was consigned to obscurity when Commander Alan Shepard flew into space the very next day.