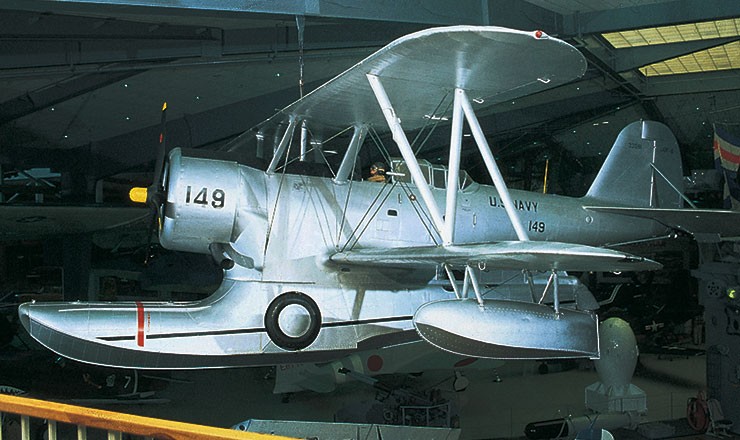 In 1931, a streamlined amphibious float, the brainchild of Grumman designer Charles Tilgner, became the basis for a new aircraft to replace the older Loening amphibians then in Navy service. The result was the XJF-1, its float built as an integral part of the fuselage. In 1937, the improved J2F-1 set an amphibian speed record of 191 mph. The new "Duck" performed many roles throughout World War II, including transport, patrol, anti-submarine and search and rescue missions.

As Grumman completed work on its first aircraft, the FF-1 fighter, Grumman engineer Charles Tilgner designed a slimmer, lighter amphibious float, designated by the Navy as the Type B float in 1931. Incorporating some design features of its successful FF-1, Grumman then produced a completely new amphibian to replace the older Loening aircraft then in naval service.

In the new aircraft, the amphibious float was an integral part of the fuselage. Powered by the Pratt & Whitney R-1830 Twin Wasp of 700 horse power, Grumman's first amphibian was designated XJF-1, and flew for the first time in April 1933. Originally a two-seater, the aircraft was intended for utility duties operating both from aboard ship and from land bases. An order was placed for 27 JF-1s immediately after prototype trials, with deliveries commencing in late 1934. By 1936, JF-1s had replaced older torpedo or patrol types then used by utility squadrons. At that time, the Coast Guard ordered 15 JF-1s, but with the 750 horse power Wright R-1820-102 Cyclone engine, redesignating the aircraft JF-2s. Later the Navy ordered five similarly powered aircraft, designating them JF-3s.

In 1937 the J2F-1 appeared, incorporating only minor changes. It set a speed record for its class of 191 mph. Subsequent models (J2F-2s, J2F-3s and J2F-4s) were procured before 1941. In 1939, nine J2F-2As were modified with machine guns and bomb racks for use by the Marine Corps operating from the Virgin Islands on Neutrality Patrol. By 1940, the threat of war brought an order for 144 J2F-5s, and the name "Duck" became official. Equipped with a new 950 horsepower R-1820-50 engine and a long chord cowling, the J2F-5 was the last model built by Grumman. After Pearl Harbor, the Navy ordered 330 more Ducks, but assigned the contract to Columbia Aircraft Corporation of Long Island, New York.

The J2F-6 on display was built by Columbia Aircraft. Contrary to standard designating practice, the Columbia-built aircraft retained the Grumman J2F designation. Later, an improved J2F-6, powered by the 1,050 horsepower R-1820-54, became the last in the series. The venerable Duck served with all the services during the World War II, performing transport, observation/patrol, anti-submarine and search and rescue missions. In 1946, J2Fs participated in Operation Highjump, the exploration of the Antarctic.