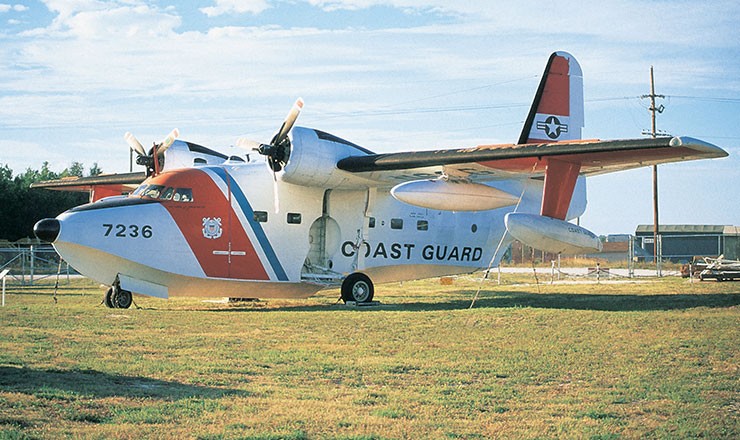 The last in a line of successful amphibians produced for the Navy by Grumman, the HU-16 Albatross' inherent ruggedness enabled it to operate from many harsh environments, which included the Antarctic, Greenland and Alaska. As a testament to its capabilities, Coast Guard and Navy pilots established seven world-class speed and altitude records with payload in the Albatross during August-September 1962. The type equipped Air Force air rescue squadrons in both Korea and Vietnam, and the Coast Guard employed them in the lifesaving role as well as in fishery and pollution surveillance. The Museum's aircraft was one of the last to serve with the Coast Guard.