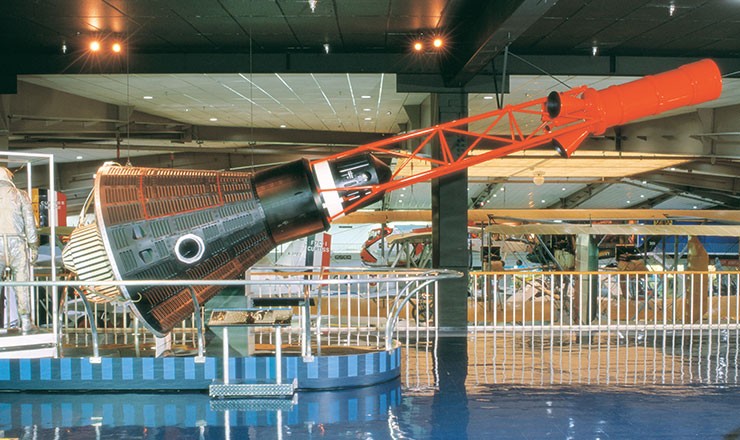 The Museum's exhibit devoted to Naval Aviation's contributions to the space program includes a replica of a Mercury space capsule of the type in which Naval Aviator Alan B. Shepard became the first American in space on 5 May 1961. The Mercury spacecraft, Freedom 7, was launched to an altitude of 116.5 nautical miles, a flight lasting 14.8 minutes. A bust of Shepard, who later walked on the moon as commander of Apollo 14 in 1971, is displayed next to the capsule mock-up.