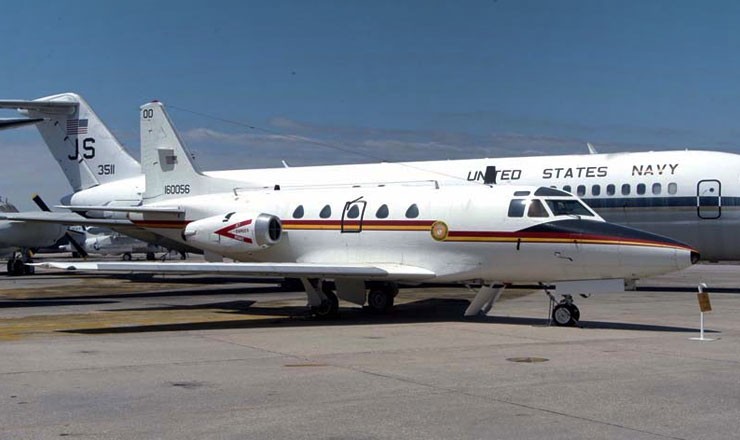 In 1962, with the crews of tactical aircraft increasingly including bombardier-navigators and radar intercept officers, the Navy procured versions of North American Rockwell's successful Sabreliner executive jet aircraft for adaptation to the training role. The first of 42 T-39D aircraft arrived at Naval Air Station (NAS) Pensacola, Florida, in August 1963, equipped to train naval flight officers in radar navigation and airborne radar-intercept procedures. In addition to the training role, the aircraft also drew the interest of the Navy in the logistics role, the CT-39s used for airlifting passengers and cargo. The Museum's aircraft is a CT-39G logistics aircraft that made its final flights with the Marine Corps before its transfer to the Museum in 2003.