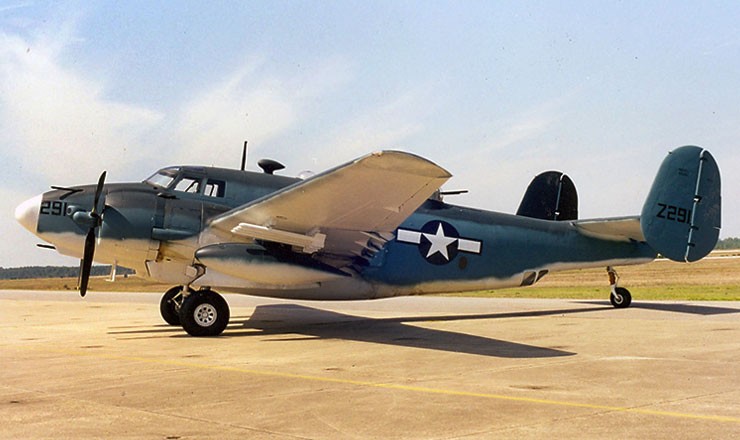 Originally used by the Royal Air Force, Lockheed's PV-1 Ventura patrol bomber was employed by the Navy as an anti-submarine patrol aircraft in the Atlantic during World War II, sinking or assisting in the sinking of at least four U-boats. The aircraft also served as a long-range bomber in the Aleutians and Central Pacific, and equipped the Marine Corps' first night fighter squadron. The enhanced PV-2 Harpoon entered service in 1944, with increased load-carrying capability and heavier armament.