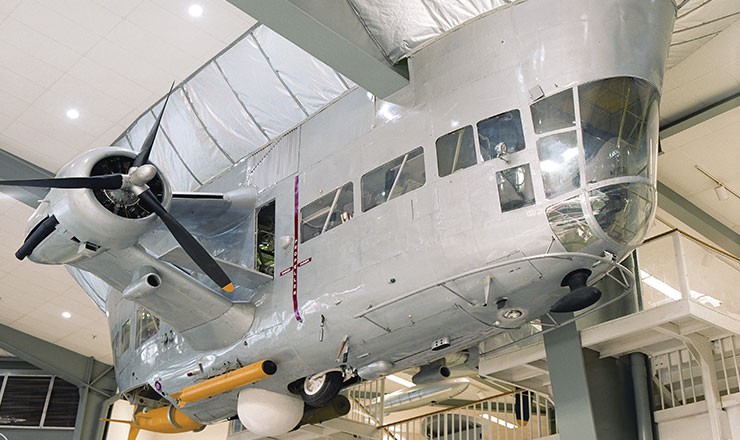 Period artifacts positioned inside the K-47 airship control car give the impression that it is ready to take flight on patrol. Restored by Museum staff and volunteers after it was pulled from a scrap yard near Naval Air Station (NAS) Lakehurst, New Jersey, K-47 is part of the most widely produced class of airships in Naval Aviation history. The backbone of the Navy's lighter than air operations during World War II, K-ships flew antisubmarine patrols over convoys and logged many an air-sea rescue flight.