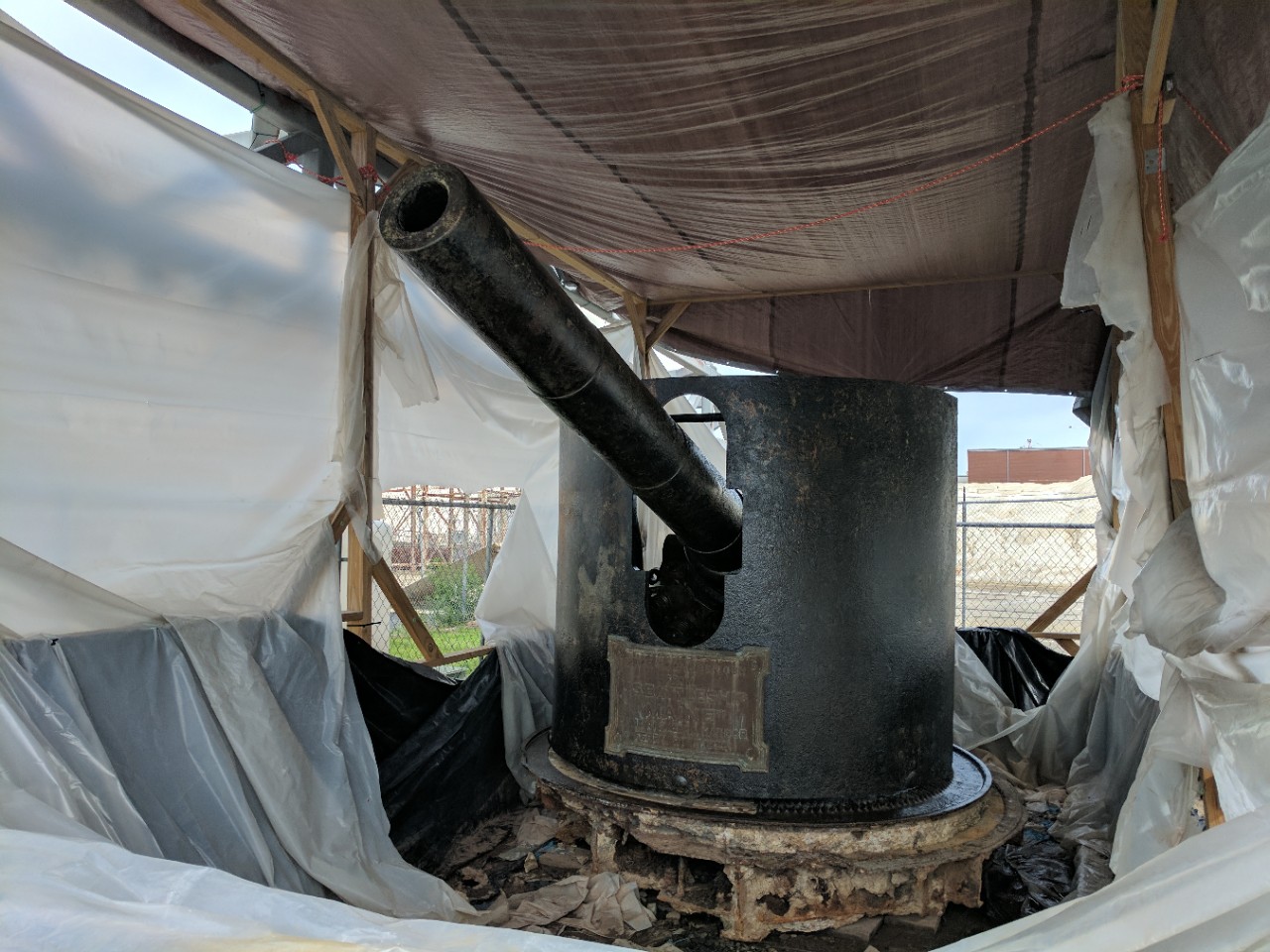 After years of battling environmental elements, a six-inch, 30 Caliber gun and mount from the stern of Maine and one of the ship’s two masts, started their conservation efforts in the spring of 2017.

In 2014, Maine’s gun was identified by the NHHC Curation branch as a historically important artifact in need of conservation. Conservators from WLCC began researching the scope of work by photographing the item and taking paint chips to identify the different coating layers in an effort to replicate the gun’s original color. Plans to move the gun from its permanent display on the Washington Navy Yard to the WLCC, in South Carolina, began in February 2015. 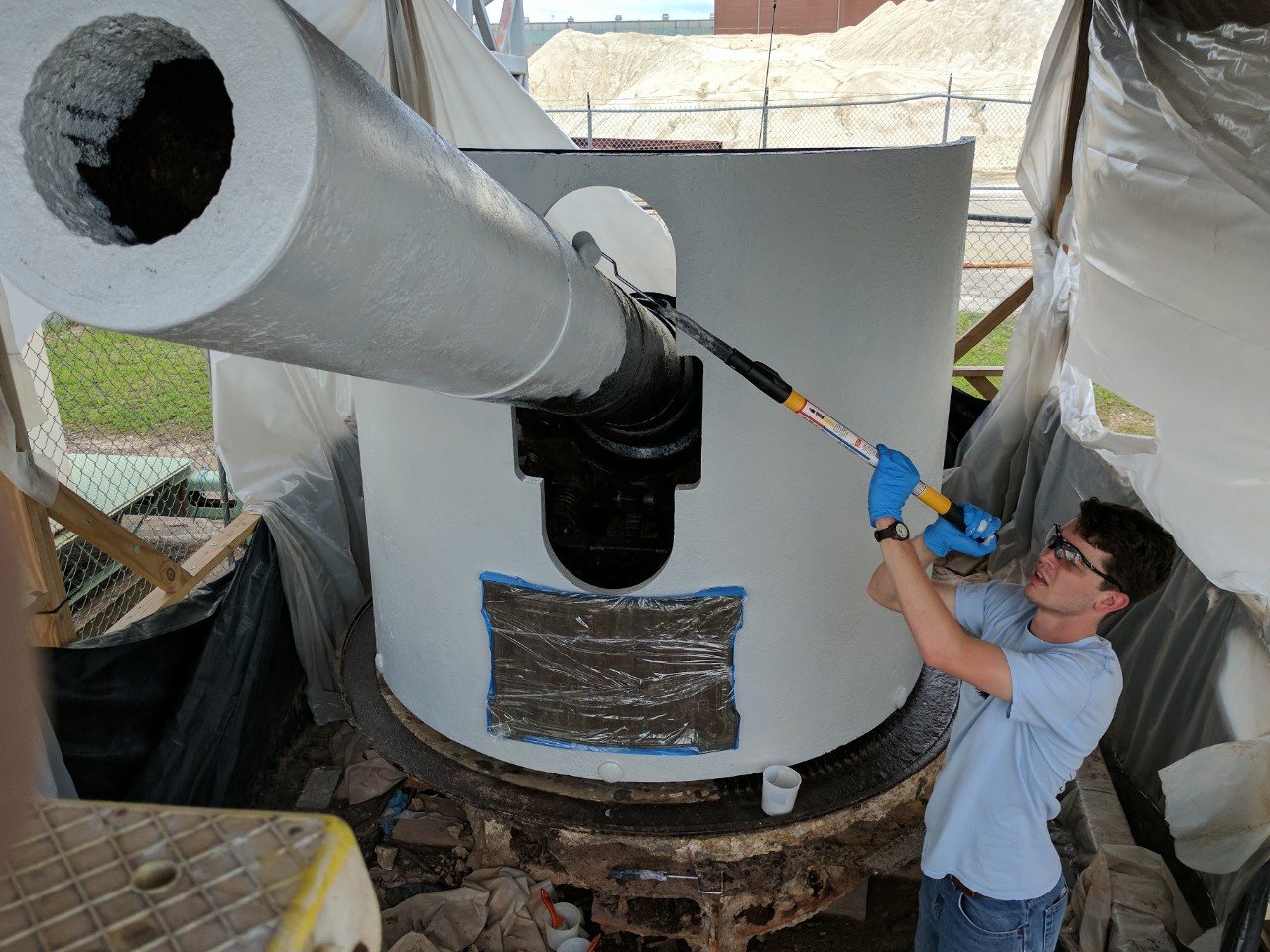 On Aug. 7, 2016, the gun began its journey south to WLCC’s lab at Clemson, where a team of conservationist used hand tools and pneumatic chisels to begin the lead remediation, coating removal and super-heated water blasting. These steps, necessary to treat the iron and copper alloy of the artifact, allowed for it to be primed for coating. Following this, a marine coating system was applied and color matched as closely as possible to the Maine’s original color. With pest mitigation and a final coating needing to be applied, the Maine gun will come back to NHHC where it will either be placed in the National Museum of the U.S. Navy or stored at the command’s Collection Management Facility in Richmond, Virginia.

After standing for 103 years in section 24 at Arlington National Cemetery as a memorial to the Sailors lost aboard the ship, the mast of the Maine suffered more than 80 years of unchecked water infiltration, lack of maintenance and was determined to be in extremely poor condition in 2006. Rust and water, main contributors to the damage, caused rivets to shear off, the granite roof to slide out of alignment and no longer allow a set of bronze doors to close.

ANC, in partnership with the National Park Service's Historic Preservation Training Center, worked with research, forensic, and preservation teams that included architects, conservators, structural engineers, material scientists, historians and ship riggers. The restoration required research, non-destructive testing, inspections, lab analysis, and mock-ups to determine the cause of the water infiltration and other condition problems in order to develop solutions.

Exploration into the cause of the problems and research was conducted from 2006 to 2009, with more in-depth forensics and diagnostics resuming in 2012.  After reviewing various construction drawings and releasing the awarding contract, restoration construction of the mast and its various rigging began in 2017. 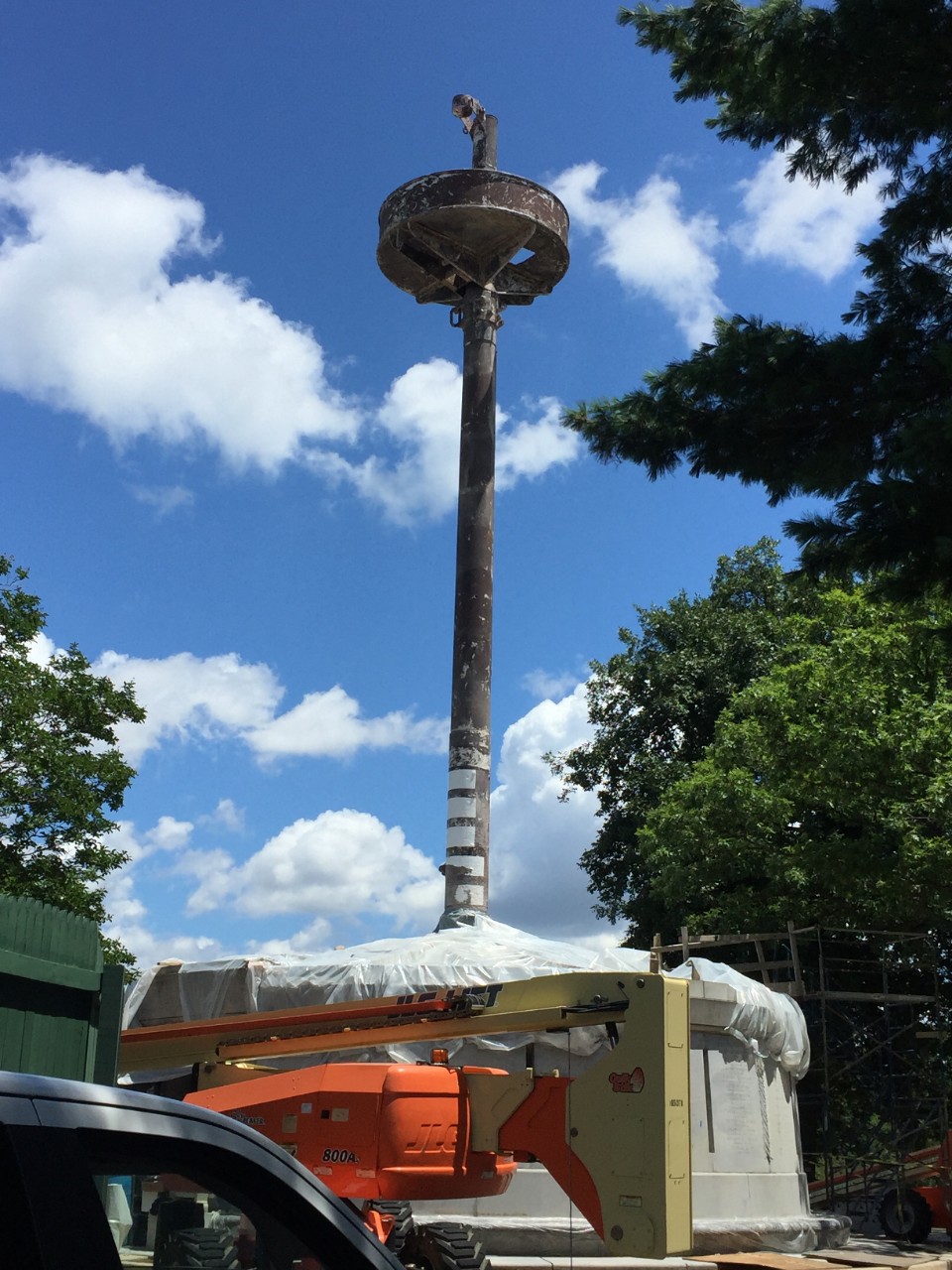 Title: 170707-A-NO147-001
Description: 170707-A-NO147-001 ARLINGTON — The mast of the USS Maine (ACR 1) stands in section 24 at Arlington National Cemetery, awaiting restoration work to be done by the ANC in partnership with the National Park Service's Historic Preservation Training Center. Restoration construction of the mast and its various rigging began in 2017. (U.S. Army photo/Released)

The USS Maine Memorial’s restoration is nearly complete. Conservation of the gun is scheduled for completion the spring of 2018.

The Maine rose to prominence on the evening of Feb. 15, 1898, after a sudden explosion sank the ship and killed 266 sailors in Havana Harbor, Cuba.  After a Navy board of inquiry concluded the explosion was due to a mine, the adage “Remember the Maine” acted as a rallying cry for action that led to the Spanish-American War.

In 1910, Congress approved funding to raise the wreckage. The U.S. Army Corp of Engineers eventually floated the Maine, stripped her of equipment, recovered sailors’ remains for burial at Arlington National Cemetery and towed the hull out to the deep waters of the Gulf of Mexico, where she was sunk with military honors on March 16, 1912.

For information on the USS Maine, visit https://www.history.navy.mil/research/histories/ship-histories/danfs/m/maine-i.html. 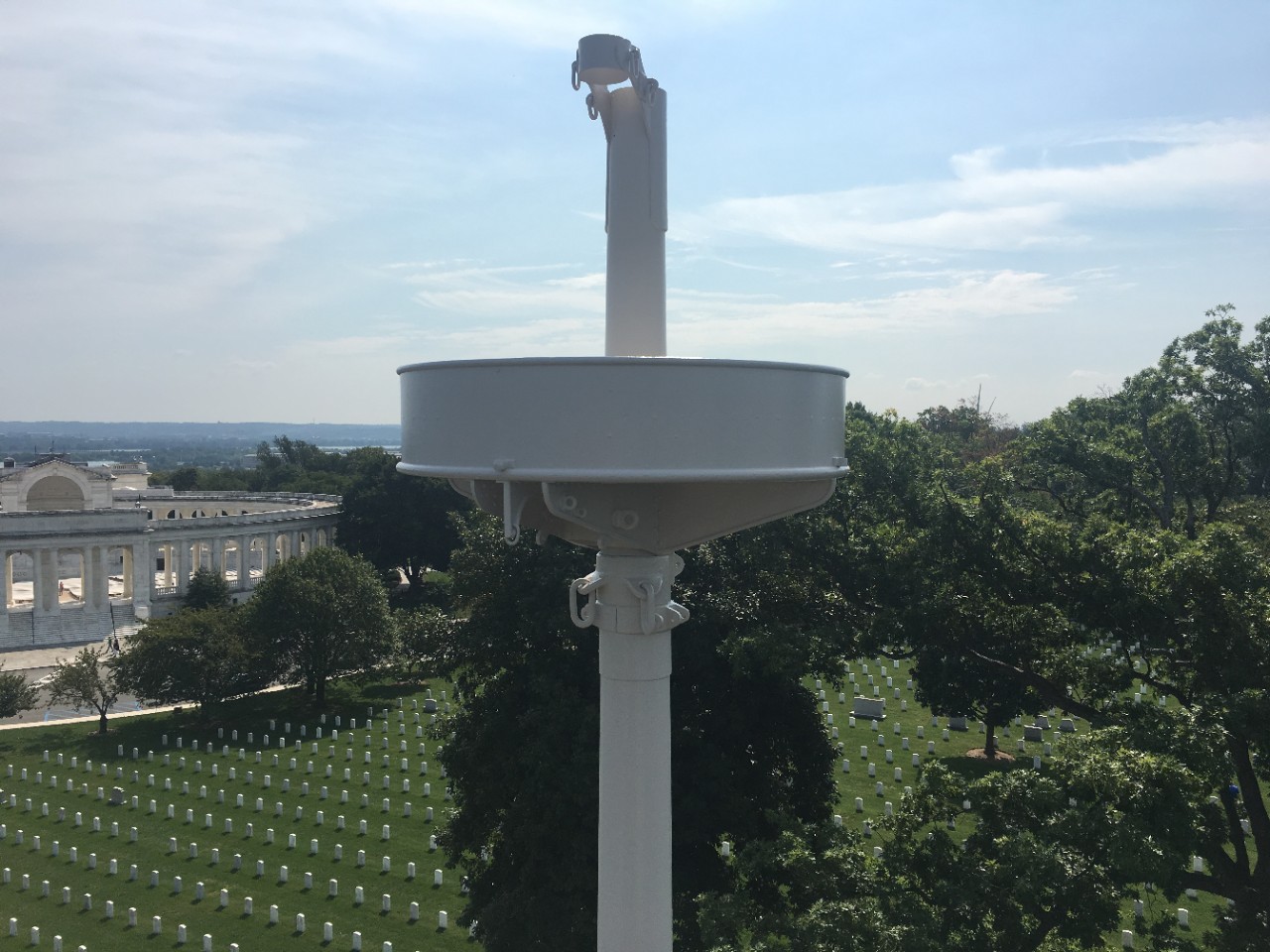