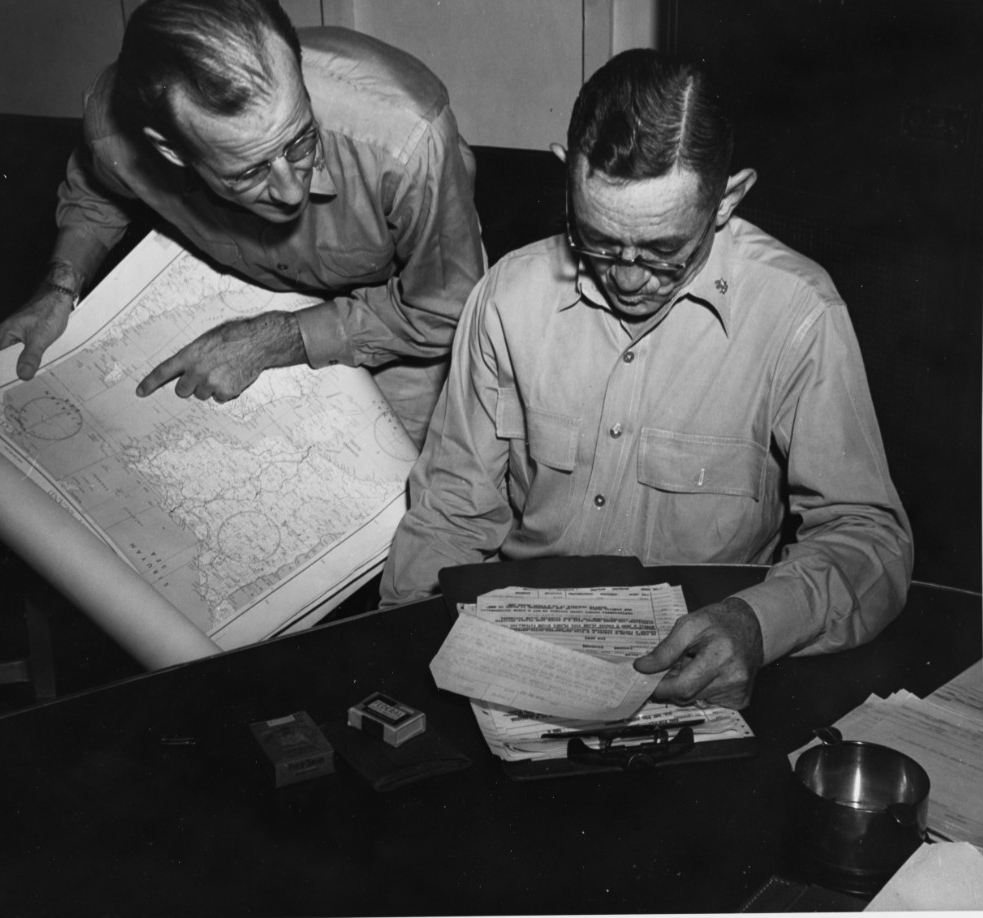 From 1943 to 1945, a series of 21 published and 13 unpublished combat narratives of specific World War II naval campaigns were produced by the Publications Branch of the Office of Naval Intelligence (ONI). Selected volumes in this series were presented to the interested public in slightly abridged form by the Naval Historical Center, the Naval History and Heritage Command’s predecessor organization, as part of the Navy’s commemoration of the 50th anniversary of World War II. In commemoration of the 75th anniversary of the conflict, NHHC has begun republishing the long-declassified narratives in their original, unabridged form.

ONI’s combat narratives were superseded long ago by accounts such as Samuel Eliot Morison’s History of the United States Navy Operations in World War II that could be more comprehensive and accurate because of the abundance of American, Allied, and enemy source materials that became available after 1945. However, the combat narratives continue to be of interest and value since they demonstrate the perceptions of naval operations during the war itself. Because of the contemporary, immediate view offered by these studies, they remain well suited for re-publication

The combat narrative program originated in a directive issued in February 1942 by Admiral Ernest J. King, Commander in Chief, U.S. Fleet, that instructed ONI to prepare and disseminate these studies. A small team composed primarily of professionally trained writers and historians produced the narratives. The authors based their accounts on research and analysis of the available primary source material, including action reports and war diaries, augmented by interviews with individual participants. Since the narratives were classified “Confidential” during the war, only a few thousand copies were published at the time, and their distribution was primarily restricted to commissioned officers in the Navy. Moreover, the narratives were written to fill a temporary requirement before the appearance of official and semiofficial complete histories. Thus, due to hastily gathered and oftentimes incomplete information, the publications contain certain inaccuracies.

The following newly republished combat narratives are available in PDF form for downloading:

A number of ONI combat narratives are also available in HTML format in the NHHC Library Online Reading Room: