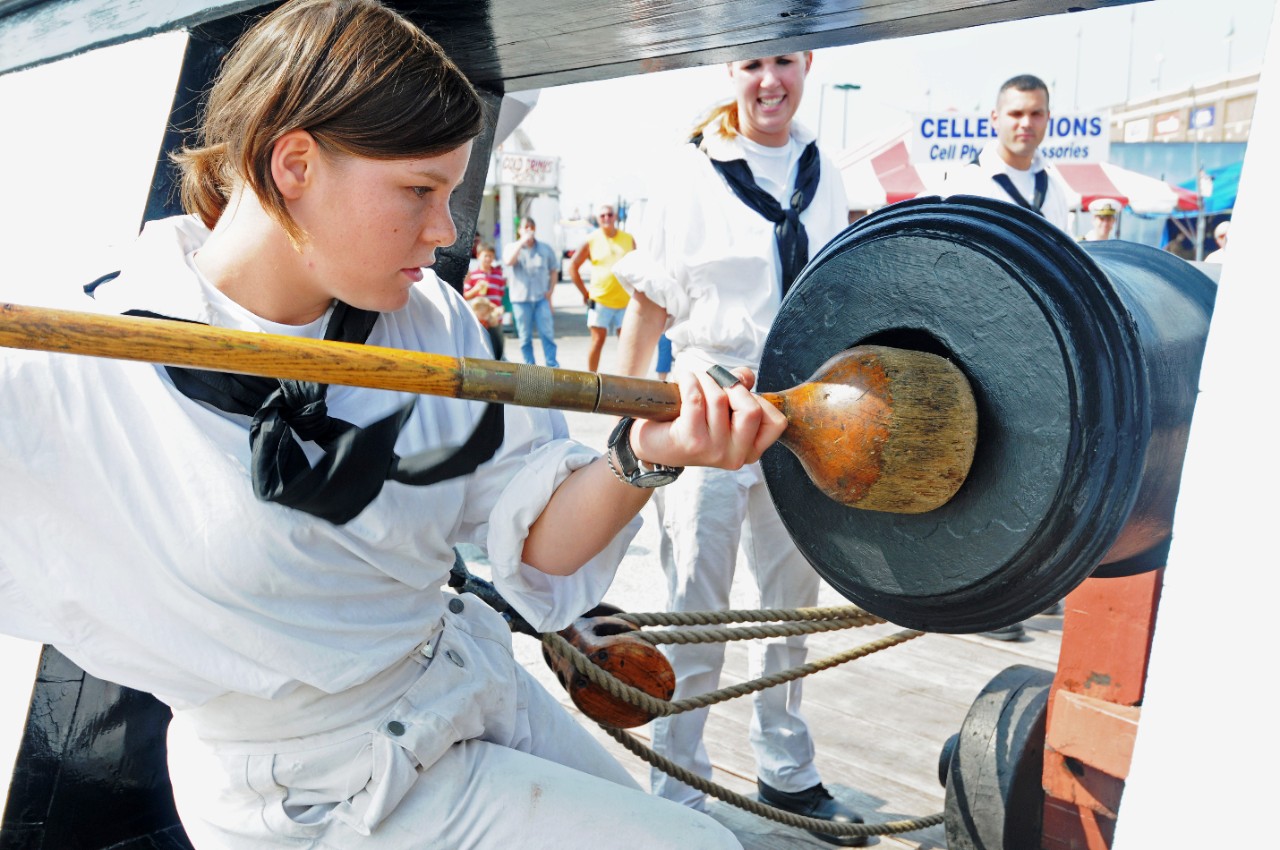 Seaman Sarah Rickett, assigned to USS Constitution, demonstrates how Sailors in the past would prepare a cannon for firing. The gun drill demonstration by the Constitution crew was one of many Navy events scheduled during the New York Navy Week, one of 21 Navy Weeks planned across America in 2009. Photographed by MC2 Devin Thorpe (Official U.S. Navy Photograph/090915-N-9824T-227).

"We are accustomed to measuring the strength of a navy in terms of many different types of ships and weapons. The seagoing fleets of 1812 were all made up of wooden sailing ships which might differ in size and function but were all, basically, 'sisters under the skin.' They dealt in one weapon, the gun, and it was in terms of guns that a warship's size and power were measured. The bigger a ship, the more guns she could carry and, of equal importance, the heavier the guns she could use. Where a small ship might be armed with 6-pounders (guns which threw a 6-pound shot), a large ship-of-the-line, the battleship of her day, mounted guns firing shot of as much as 32 pounds in weight. Constitution falls into the upper middle of this spectrum of warship size. For her time, she was the equivalent of a large modern cruiser, armed with heavy ordnance."