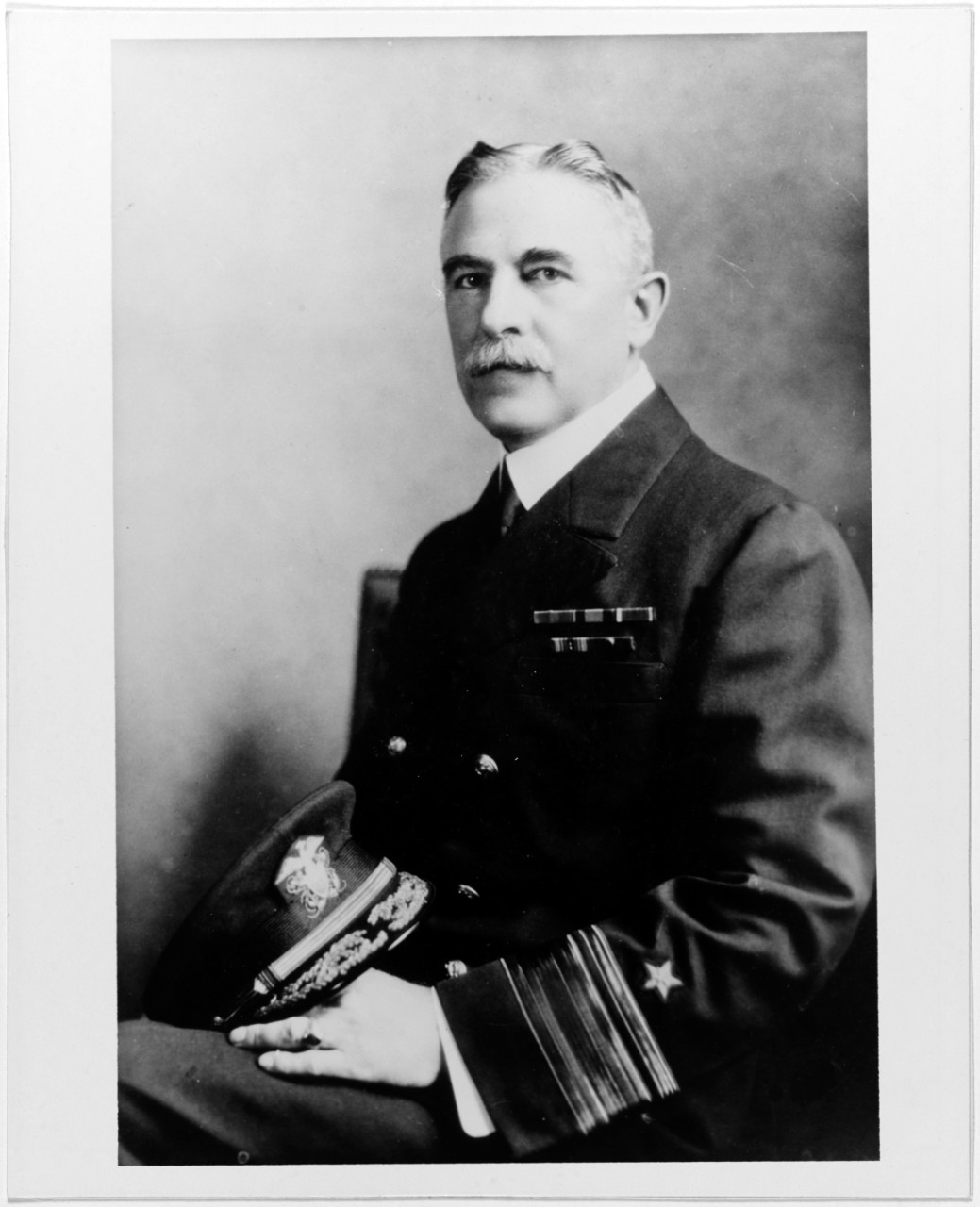 Henry Hughes Hough was born on 8 January 1871, in the French Colony St Pierre Miquelon, near Newfoundland, the son of Charles Thayer Hough and Mrs. (Sarah Hughes) Hough. He attended public schools in Boston, Massachusetts, and the English High School in Boston, prior to his appointment to the US Naval Academy at Annapolis Maryland, from the Third District of Massachusetts in 1887. Graduated on 5 June 1891, he served the two years at sea, as then required by law, before he was commissioned Ensign on 1 July 1893. He subsequently attained the rank of Rear Admiral, to date from 16 September 1924, before he was transferred to the Retired List of the US Navy, 1 February 1935.

Following graduation from the Naval Academy in 1891, he had consecutive duty in United States ships Lancaster, Monterey, the Receiving Ship Independence, USS Ranger as Watch and Division Officer, and in USS Adams, in a similar capacity. In November 1896 he reported as Assistant Inspector of torpedoes at the Works of the EW Bliss Company, and remained there until October 1897, when he joined USS Vicksburg as Watch and Division Officer. Detached from that vessel in April 1898, he was assigned to USS Morris, and served aboard during the Spanish American War. There followed successive sea service from November 1898 until January 1901 in USS Boston and USS Manila. While attached to the latter he was in charge of the artillery section during the capture of Iloilo, Philippine Islands, and commanded the Manila's landing force which occupied Fort Pillar during the capture of Zamboanga, in the Philippines.

He had duty as an Instructor in the Department of Modern languages at the Naval Academy until September 1902, after which he reported aboard the newly commissioned vessel Chesapeake as Navigator. During September 1902 he had fitting out duty in USS Culgoa, and joined her as Navigator upon her commissioning on 1 October of that year, continuing to serve aboard until November 1903. He then had service in USS Cleveland and between January 1906 and September 1908 was assigned to the Office of Naval Intelligence, Navy Department, Washington, DC. Thereafter until November 1909 he was attached to USS Idaho as Ordnance Officer, continuing sea service until October 1910 in USS Virginia as Executive Officer.

After short duty in the Office of Naval Intelligence, Navy Department, he served from January 1911 until January 1914 as Naval Attaché at Paris, France, and St. Petersburg, Russia. While in this assignment he was appointed a Delegate to the International Time Conference at Paris, in 1912, also to the International Hydrographic Conference at St. Petersburg, and was in charge of determining the difference longitude by wireless between Paris, France, and Arlington, Massachusetts. Following short duty in the Office of Naval Intelligence, he was assigned in April 1914 to the Asiatic Fleet.

In October 1915 he returned to the Naval Academy as Head of the Department of Modern Languages, and was so serving upon the outbreak of World War I. In February 1918 he assumed command of Squadron THREE, Patrol Force, USS Carola 4, flagship and had additional service as District Commander, Brest, France. Duty as Commander Cruiser and Transport Force, Atlantic Fleet, preceded command of USS Utah. He commanded that vessel for a year (January 1919 to January 1920), after which he reported as Officer in Charge, Navy Recruiting Bureau, New York, New York, and as Representative of the Bureau of Navigation Morale Division. He was also designated Special Disbursing Agent. On 31 May 1921, he joined USS Pueblo, receiving ship at New York, as Commanding Officer.

From September 1922 until December 1923 he served as Governor of the Virgin Islands and Commandant of the Naval Station, St Thomas, VI, and upon being relieved became Director of Naval Intelligence, Navy Department. In July 1925 he proceeded to San Francisco, California for passage to Shanghai, China, and upon his arrival reported as Commander Yangtze Patrol, with his flag in USS Isabel. In this assignment his force was frequently under fire on the Yangtze River during the Nationalist movement, (1926-27), and in March 1917 secured the release of over one hundred prisoners held by the Chinese at Nanking.

Rear Admiral Hough had the Spanish Campaign Medal; the Philippine Campaign Medal; the Cuban Pacification Medal; the Yangtze Service Medal and the World War I Victory Medal, Overseas Clasp. He received two awards of the Legion of Honor (with the ranks of Officer and Commander, successively) from the French Government.