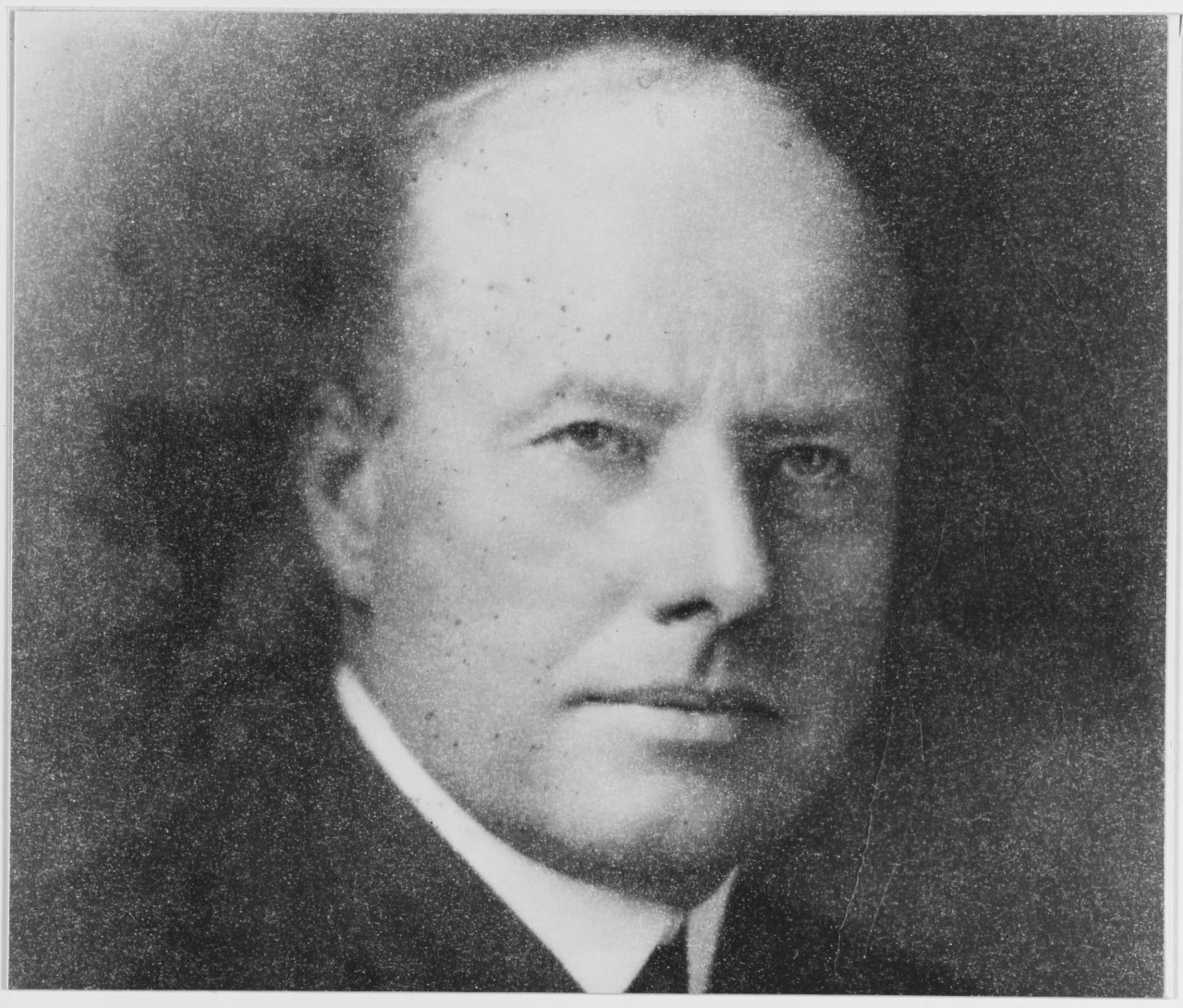 Walter Rockwell Gherardi was born in Honolulu, Territory of Hawaii, on 9 August 1875, son of Rear Admiral and Mrs. Bancroft Gherardi. He entered the US Naval Academy, Annapolis, Maryland, on appointment at large by the President of the United States, on 4 September 1891. He was graduated on 7 June 1895, and was commissioned Ensign after two years at sea then required by law, on 1 July l897. Promoted to Lieutenant (junior grade) on 1 July 1900, he progressed as follows: Lieutenant, from 23 September 1902; Lieutenant Commander, from 1 July 1908; Commander, from 1 July 1914; Captain (temporary) on 15 October 1917 and Captain (permanent), from 20 October 1919; and Rear Admiral, from 16 January 1934.

As a Passed Midshipman he served at sea in USS Amphitrite and USS Maine during the period 24 June 1895 to 28 April 1897, and after final graduation and his commissioning in the US Navy in July 1897, he was assigned to the USS Texas, and later USS Nashville. He had brief duty on board, and in command of USS Sioux, and on 7 May 1898, joined the Marblehead. He had Spanish-American War service in that vessel and USS Indiana, and when detached from the latter in October 1898, he proceeded to the Naval Station, San Juan, PR, in USS Solace. During the period December 1898 to September 1903, he served successively in USS Panther, USS Saratoga, USS Wompatuck, USS Annapolis, USS Villalobos and USS New York.

On 20 October 1903, he reported to the Navy Yard, Washington, DC, where he served until June 1904 as Aide to the Commandant, and after instruction at the Naval Torpedo Station, assumed command of USS Dahlgren at New York and returned her to Newport, RI. He commanded USS Yankton from August 1905 to May 1908, and then attended the Conference of Officers at the Naval War College, Newport, from 1 June to 14 September that year. He was next assigned to the Bureau of Equipment, Navy Department, Washington, DC, and remained on duty there until 31 March 1910, when he was ordered to the Norfolk Navy Yard. There he assisted in fitting out the USS Delaware and went aboard as Navigating Officer at her commissioning on 4 April that year. He later served as her First Lieutenant, from 18 October 1911 until 25 November 1912.

Ordered to the Naval Observatory, he served there briefly before reporting to the Office of Naval Intelligence, Navy Department on 11 April 1913. After briefing he was sent to Berlin, Germany, as Assistant to the US Naval Attaché there and the Hague, The Netherlands, and later served as the Naval Attaché, June 1913 to February 1917. He returned to Washington with the Ambassador just prior to the entry of the United States into World War I, and on 21 April joined the Flagship of the Commander in Chief, US Atlantic Fleet, for temporary duty.

On 27 April 1917, he reported to the Navy Yard, Philadelphia, Pennsylvania, where he fitted out USS Prinz Eitel Friederick, and commanded that vessel from her commissioning (name changed to USS Dekalb) on 12 May of that year, until 12 August 1918 in the rank of Captain. He had temporary duty with the Commander SIXTH Battle Squadron, and on 14 September joined  USS New Jersey. After the Armistice, 11 November 1918, he returned to the Navy Department, Washington, DC, where he had temporary duty prior to his assignment to Paris, France, for duty.

For World War I service he received a Letter of Commendation from the War Department, and was awarded the Navy Cross, "For distinguished service in the line of his profession as Commanding Officer of the USS DeKalb, engaged in the important, exacting and hazardous duty of transporting and escorting troops and supplies to European ports through waters infested with enemy submarines and mines."

Detached from his Paris assignment on 22 February 1919, he assumed command of USS New Jersey on 20 March 20, and commanded that battleship until 25 November of the same year. He attended the Naval War College, Newport, RI from 1 December 1919 until 22 November 1920 and upon completion of the course was ordered to the Bureau of Navigation, Navy Department, for a tour of duty. While there he had additional duty as a Member of a Special Board in July 1921, and as President of a Board to formulate rules for fixing precedence of temporary and Reserve officers of the Staff Corps of the Navy transferred to regular service. He also served as Assistant to the Chief of the Bureau of Navigation from 5 June to 15 June 1922.

When detached from the Bureau of Navigation on 13 July 1922, he had orders to duty in command of Air Squadrons, Atlantic Fleet, with additional duty as Commanding Officer of USS Wright. Later the same month, his title was changed to Commander Aircraft Squadrons, Scouting Fleet, due to the establishment of the Aeronautic Organization of the Navy, effective 1 July 1922, and he was detailed to duty involving flying, effective 15 July 1922. On 5 April 1923, he was relieved of the additional duty in command of the Wright, but continued to command Aircraft Squadrons, Scouting Fleet, until 27 June 1924. That day he became Aide to the Secretary of the Navy, and served in that capacity until 2 October 1926.

He assisted in fitting out USS Lexington at Fore River Shipbuilding Company's plant at Quincy, Massachusetts, and was detached before that aircraft carrier was commissioned (14 December 1927) to report to Headquarters First Naval District, Boston, Massachusetts, on 1 July 1927. He served there one year, after which from 1 June 1928 to 18 June 1930, he served as a member of the General Board, Navy Department. On 21 June 1930, he reported as Hydrographer of the Navy, in the rank of Rear Admiral from 10 May 1930. He continued duty as Hydrographer for almost five years, during which he was designated Chairman of the American Delegation to represent the United states at the meeting of the International Hydrographic Bureau held at Monaco, from 2 April 1932. From March 1935 to July 19J8 he was Commandant of the First Naval District, and Commandant of the Navy Yard, Boston, Massachusetts, and on 1 September 1938 reported as President, General Court Martial, San Francisco, California. He served in that capacity until ordered relieved of all active duty on 24 April 1939, pending his retirement on 1 September 1939.